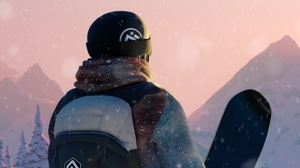 Nintendo might have consigned its beloved 1080° Snowboarding series to the perpetually locked cupboard of history judging by its conspicuous lack of recent sequels, but there’s something like light at the end of the tunnel for long-starved fans. Oculus has unveiled Carve Snowboarding, a 1080° spiritual successor that’s coming to its Quest platform “soon”.

Carve Snowboarding is the work of developer Chuhai Labs, the studio founded by Giles Goddard – alumni of 90s Nintendo (he was the man responsible for Mario’s malleable face at the start of Super Mario 64) and a key figure behind the original 1080° Snowboarding.

As it happens, we’ve known about Carve Snowboarding for some time, although not under that name. Eurogamer’s Martin Robinson chatted to Goddard about his work on a 1080° Snowboarding successor – at the time an early, albeit impressive prototype – last year.