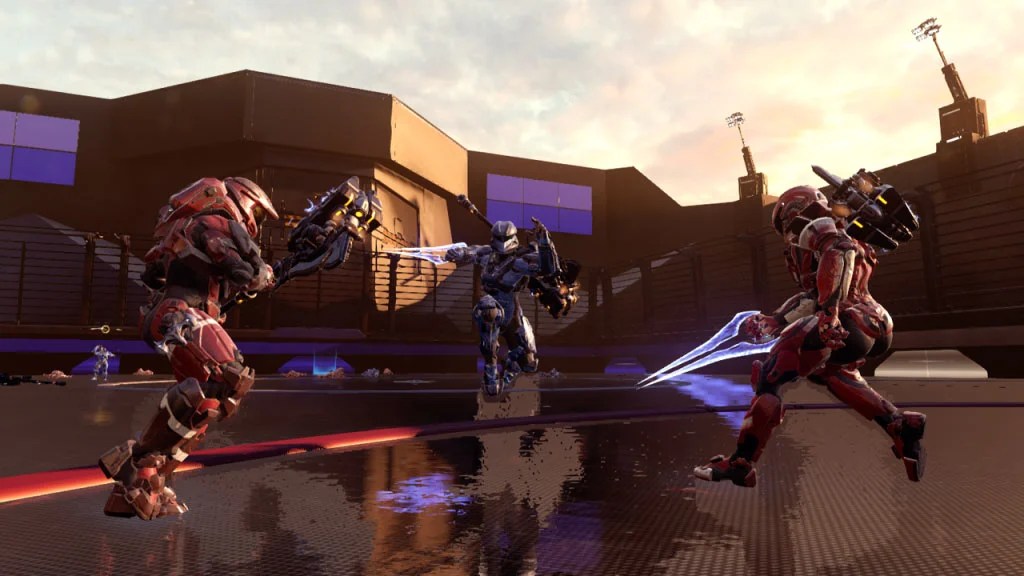 Halo Infinite is getting four new playlists today — Slayer, Tactical Slayer (Team SWAT), Fiesta, and FFA — giving players even more choice and freedom to play the multiplayer and level up their Battle Pass in the game modes they enjoy the most. Given 343 Industries‘ commitment to supporting Halo Infinite’s multiplayer in the long-term, that got us thinking of another five playlists we’d love to see come to Halo Infinite next. So, let’s jump right into it.

Halo Infinite Playlists That Need to Come Out Next

Grifball is the absolute GOAT of Halo multiplayer playlists/ modes. Two teams of four line up on either side of a rectangular arena. Each player is equipped with a Gravity Hammer and an Energy Sword, and there’s a skull in the middle of the arena. The aim of the game is to get the skull to the ‘goal’ on your opponent’s side of the arena.

As soon as each rounds starts, absolute chaos ensues. Energy Swords are lunging everywhere and Gravity Hammers see the rag-dolled remains of your teammates hurtling through the air.

There is an element of strategy to all the madness of Grifball, though, thanks to the 5-second respawn timer. If your whole team is wiped around the same time, then the opposition has five seconds to easily drop the Skull in your goal.

It’s a slightly different take on the multiplayer gameplay, but is so, so much fun that you can quickly burn through a few hours with friends without even noticing.

The fact that Grifball feels so distinctly different to any of Halo Infinite’s other multiplayer playlists is exactly why it’s needed. Some much-needed variety to keep things feeling fresh. Plus, who doesn’t want another opportunity to wield a Grav Hammer? Nobody, that’s who.

The post 5 Halo Infinite Multiplayer Playlists That Need to Come Out Next appeared first on Twinfinite.