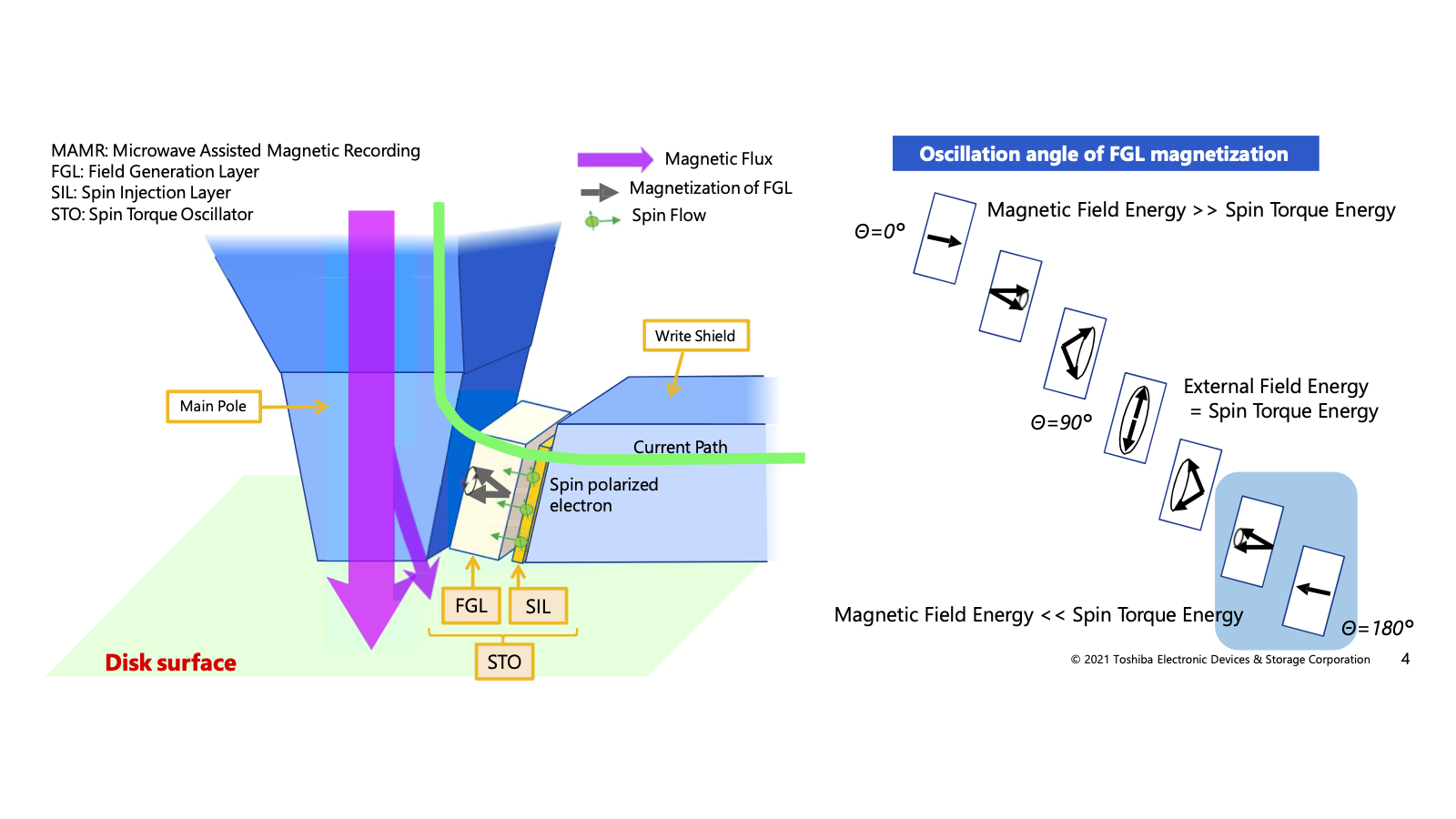 Machine-generated data massively increases the amount of data that has to be stored and processed for analysis. While other storage methods are growing in popularity, a recent forecast by research firm IDC predicts that 59% of the 22ZB of data that will need to be stored by 2025, will be stored on hard disk drives (HDDs), with only 25% on flash technology.

Much of this machine-generated data is unstructured and random, so compression is not possible. It is created at a high rate (typically terabytes per hour) and is retained for a long time. This necessitates a change in IT investment and requires higher capacity drives in the popular 3.5”-form-factor.

The future for HDDs is assured, possibly even for years to come, as there is currently not enough capacity available to store this data on flash-based storage technologies. This places great emphasis on the innovation of HDD technology to achieve higher capacities while delivering the large data storage needed.

The 3.5”-form-factor limits the number of platters that can be accommodated within an HDD, so the challenge becomes about how to use the platters more effectively, meaning storing more data per unit of surface area.

The current technology limitation is the size of the write head. To flip the magnetic bits, a certain amount of magnetic energy is required. To inject this amount of energy, a minimum size of the write head is necessary. Since the read head is much smaller, one approach is to use shingled magnetic recording (SMR) where the data is written in overlapping tracks, reducing the space needed per track. However, to change the data in just one track, all of the overlapping tracks have to be rewritten, making SMR impractical for high-performance HDDs with a high amount of random writing.

The use of less energy, leading to a smaller write head writing more dense data is only possible if a way can be found to temporarily soften the material at the point of recording the data. One approach has been to use heat to warm the platter prior to the writing process. Heating the platter to 400°C (which is approaching the Curie temperature where writing requires no energy) makes writing much easier but can lead to wear out of the magnetic surface leaving questions about long-term reliability.

The principle is that the spin injection layer (SIL) spins polarized electrons and, through careful control of the current driving the SIL, the oscillation angle of the field generation layer (FGL) can be controlled to maintain 90° – the optimum level.

There are two challenges to be overcome if this approach is to be successful. Firstly, a technique has to be devised to control the current density in the SIL so that the oscillation angle within the FGL remains at 90°. This is, in itself, a challenging proposition.

Additionally, to be able to use microwave energy to temporarily weaken the platter surface, allowing it to be written easily, the material used has to be changed to resonate with the generated microwaves – a significant change. In order for the microwaves to be effective, they have to be at the resonant frequency of the platter. This is analogous to placing a glass of water into a microwave oven – it is easy to heat. However, a microwave oven would not heat a block of ice as the resonant frequency is different.

However, during the research and development for the MAMR process, Toshiba discovered that by changing the angle of oscillation from 90° to 180° produced a very useful effect. In this configuration, the microwave energy from the spin torque oscillator (STO) – the combination of the SIL and FGL – effectively ‘pushes’ the stray flux back into the mainstream, preventing it from dissipating in the write head.

Now known as Flux Control-MAMR (FC-MAMR), this technique overcomes the two principal challenges with the MAMR approach. Firstly, it is a far simpler proposition to generate the current needed, compared to the 90° approach. Secondly, as there is no change to the method of writing as FC-MAMR simply ensures more of the write energy reaches the platter, the conventional magnetic material can be used for the platter – no change is necessary.

FC-MAMR uses conventional recording and achieves an increase in areal density capability (ADC) of up to 20%, paving the way for 3.5” HDDs with capacities up to 18TB with conventional media.

Far from being a theoretical concept, FC-MAMR is embodied in Toshiba’s latest series of HDDs which are the first models from Toshiba to feature energy-assisted recording. The MG09 series is based upon Toshiba’s proprietary third-generation, 9-disk helium-sealed design and FC-MAMR has allowed a capacity of 2TB per platter using CMR, achieving a total capacity of 18TB.

The 18TB MG09 Series drives are suited to mixed random and sequential read/write workloads for both cloud-scale and traditional data centre implementations. They offer 7,200rpm performance, with a 550TB annual workload and either SATA or SAS interfaces in a compact and power-efficient, helium-sealed 3.5”.

MAS-MAMR – a look to the future

It is expected that there will be more generations of FC-MAMR HDDs released, with the potential to increase ADC gain to 20% over conventional technologies. However, microwave assisted switching MAMR (MAS-MAMR) has the potential to achieve even greater capacities with ADC gain increases up to 200%.

As the STO is already developed, one significant challenge in delivering MAS-MAMR is overcome. However, to fully unleash the potential of MAS-MAMR, optimized media with a tailored resonance, frequency and uniform grain properties will be required.

Theoretically (technology feasibility wise) FC-MAMR gives up to 20% over conventional. The conventional reference is the non-MAMR 9 platter construction of MG08 with 16TB. With the first generation FC-MAMR, half of the potential (16TB->18TB) was realized. With next gen FC-MAMR, the hope is that the full potential (20TB) can be reached.

With MAS-MAMR, the gains are expected to reach 200% of 16TB (the reference capacity) or an expected technology potential in the 50TB range.

MAMR is only for shrinking the write head leading to higher densities leading to more TB per platter leading to more TB in the same form factor. This is the number zero target. To achieve number zero target, still some side constraints have to be fulfilled which are: Same reliability as before, same speed as before (although due to higher bit density, some speed increase is achieved “by chance” (more bits per area spinning at the same 7200rpm means more bandwidth) – but that’s not a particular optimization target.

Looking to the future

HDDs continue to play a role long-term in the world of ZB of machine-generated data. This is primarily due to their price point compared to flash-based storage as well as insufficient semiconductor fab capacities to meet even short-term storage needs.

After decades of development, HDD technology reaches the limits of what is possible in terms of storage per unit area. However, innovative techniques such as FC-MAMR allow HDD capacity to evolve while continuing to enjoy the simplicity of CMR operation on standard PMR platter materials.

Looking further into the future, techniques such as MAS-MAMR will extend areal density capability (ADC) even further, ensuring HDDs will remain important storage devices for many years to come.