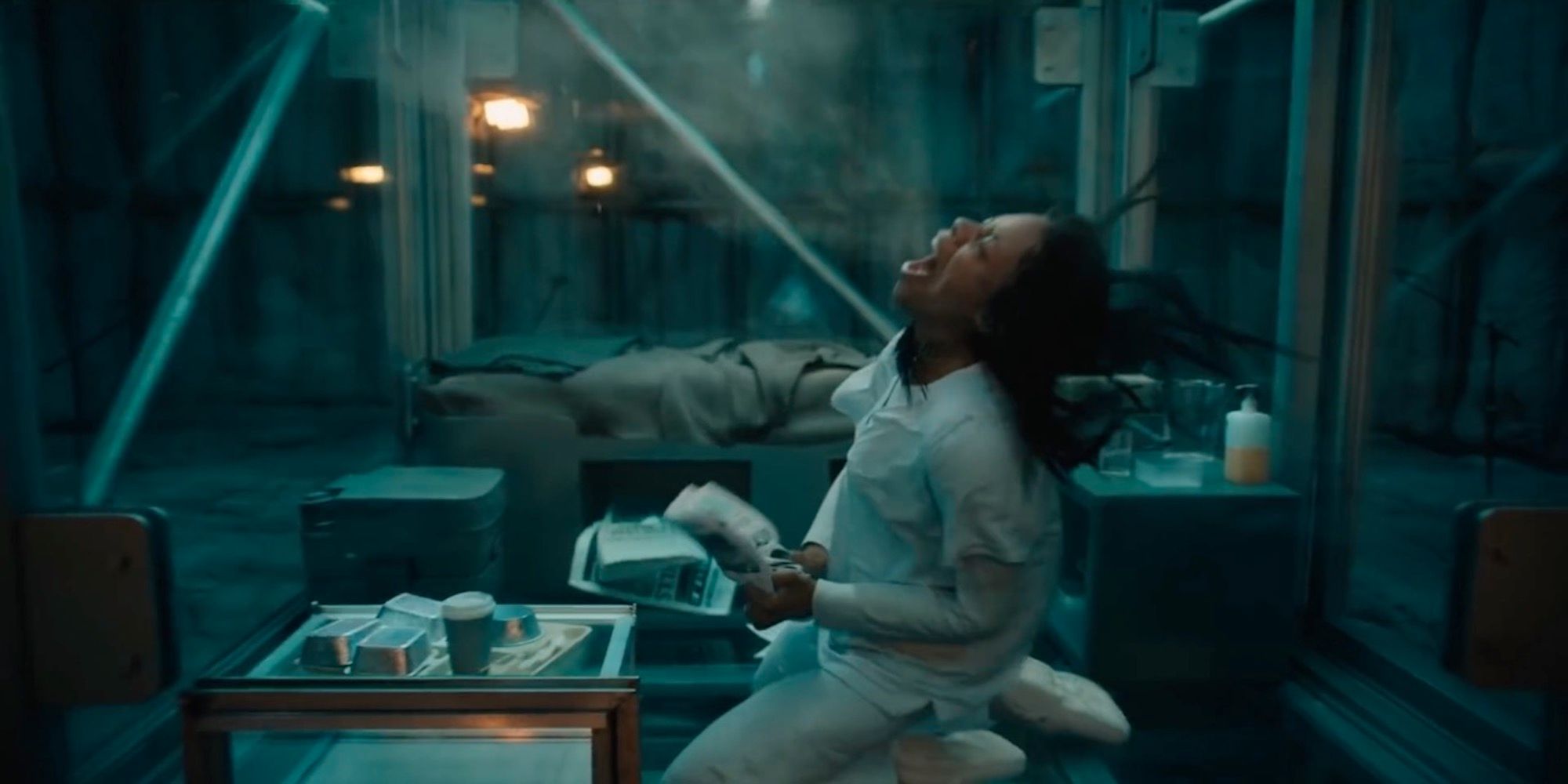 Moviegoers were excited to see Venom: Let There Carnage in theaters recently. It is outdoing its predecessor in terms of reviews, but the sales data has yet to be determined. As far as 2021 movies go, it’s doing quite well. Even though Venom: Let There Carnage is technically a better film according to the Metacritic (with a score of 47 versus the first film’s 35), it still has plenty of issues with the plot.

RELATED: Marvel’s Midnight Suns: Comic Characters Who Should Be Playable

Does that make this latest Marvel movie bad? Not necessarily. It’s still a fun popcorn ride that any comic fan, especially Venom enthusiasts, will love. Pointing out the flaws aren’t meant to ruin the movie; it’s all in good fun. There will be spoilers for the movie ahead, along with some comic spoilers from Venom’s past, as well as Spider-Man content.

Why Didn’t They Muzzle Frances?

The facility Frances and Cletus are staying at knows that the former is a dangerous Mutant. Why didn’t they muzzle her? Frances’ powers come from her vocal cords. If they were to restrict the mouth, then it is possible to make her harmless. There may be some precedent in the comics that showcased a muzzle not working, but the film offers no explanation.

What’s more, her captors built that case in Ravencroft to suppress her powers. Surely they could have made a mask of that before they transported her away. No one seemed to have been thinking that day.

How Did Venom Find That Beach?

Venom is shown to be very smart, or at least very good at remembering things. Seeing Cletus’ mural just once is enough to get Eddie to redraw it perfectly. How Venom gets Eddie to do this without breaking his wrists due to the strain and speed is another question.

The main issue here is how Venom solved the beach murder. How did he go from a drawing of a beach to a quick search online to find the exact location of the murders? It’s like the movie skipped a scene. Another question that comes from this revelation is the timeline. How much time passed between Eddie showing the police where the bodies were, and the movie’s main present? Not knowing doesn’t ruin the movie’s logic, but it is worth bringing up.

How Carnage Was Born?

This is not exactly a plot hole if fans know what Carnage is from the comics. Its origins are the same, as Carnage does come from Venom. The precise details of how Carnage is born can be different depending on the timeline. In the movie, Cletus gets infected because he bit Eddie. The blood, which contained symbiotic properties, then went into Cletus’ body.

If a tiny drop of blood can make Cletus so powerful, then what else can Eddie’s blood do? Can Eddie create any army of Carnage creatures by feeding people his blood? Is Venom like a vampire lord? If Venom is like the dad, then why is Carnage so bitter? Again, it’s not so much a senseless thing as it is an open-ended set of questions. The movie doesn’t explain how this process works at all.

Carnage Jacking Into The Computer

Carnage is also able to find a location as oddly as Venom finds that beach. Cletus is able to find Frances when Carnage’s tentacles literally jack into a computer like he is entering into The Matrix. Is Carnage some sort of nanomachine-infused symbiotic creature?

Typing or drawing fast is one thing, but becoming a computer god is another. Their searches even infect the computer, which brings another odd question to mind. Can Carnage create life from machines? Now that would be a scary army.

When Venom doesn’t tentacle out of Eddie’s body, only Eddie can hear him speak. If that is the case, then can’t Eddie talk internally to Venom instead of talking out loud? Surely they could have a conversation in the mind. That would make more sense and draw less suspicion than Eddie talking out loud to Venom in front of everyone. This is especially true in front of Detective Mulligan.

The reason that the movie doesn’t do this is likely because it is harder to convey internal conversations on screen. It’s also funnier to have Eddie appear to be losing his marbles in front of people. It makes sense from a film production point of view, but less so from a lore point of view.

Dan To The Rescue

The film’s final fight scene creates a lot of questions. After the first outburst, why didn’t Cletus explain explicitly that Frances can’t use her scream around him? He says it more in passing on their drive away from Ravencroft. Them being together, in general, is a cruel twist of fate as one can easily conquer the other.

The zanier part of this end battle is when Dan pours gasoline on Carnage and lights him on fire. How did Dan get up to that area without anyone noticing and where did he get that gear? It’s only a gas can and a lighter, but it is still strange. It’s funny when he cackles while doing it, but the whole thing doesn’t exactly add up.