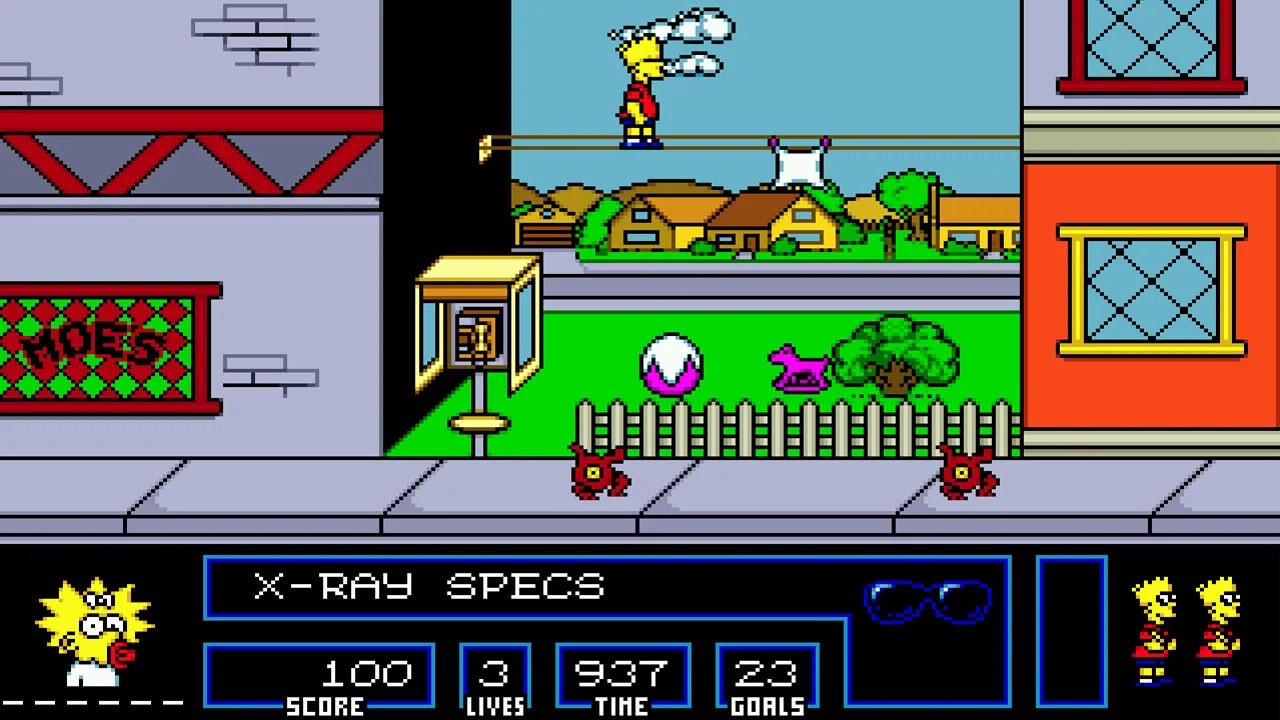 The Simpsons is one of the longest-running TV shows, spanning over 30 seasons, its characters and humor have become a part of pop culture. As is usual with popular franchises, they’ve also had some ventures into video games over the years, with titles that have had varying levels of acclaim.

Since the family’s first game, Bart vs. The Space Mutants, which was not so highly acclaimed at the time, until the legendary Simpsons: The Arcade Game and Simpsons: Hit & Run, which became a timeless hit, The Simpsons had several landmark games.

Check out some of the best games from one of the most famous families of all time.

8. Bart vs. The Space Mutants

The Simpsons’ first game wasn’t quite the linear platformer game the public might have expected, but many players have fond memories of it. You played as Bart trying to stop an alien invasion by doing unexpected things like getting rid of purple objects or taking everyone’s hat off, which was an interesting idea at the time as you were not just supposed to reach the end of the level.

Some objects could just be sprayed over, but others were like puzzles you had to solve, like dropping sheets over them. If you collected all the letters in a family member’s name, like Maggie in the first stage, then you’d have their help when fighting the end of level bosses.

The Genesis version of the game was the best one as it came out a year later than other versions on NES, Master System, and PC, solving several of their problems. It had better graphics and more buttons to work with, dismissing the need for weird button combinations, although it was still a bit weird to control.