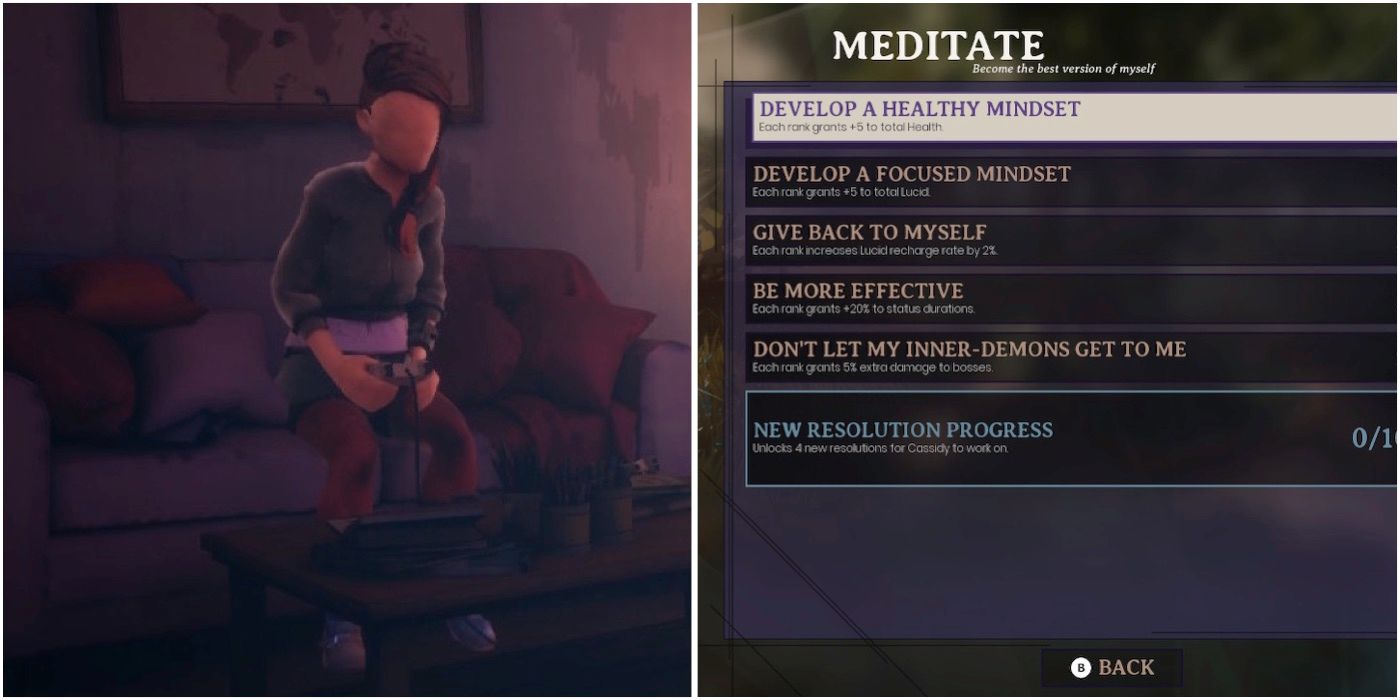 Dreamscaper is a new indie action roguelike RPG. It was released into early access in 2020 on PC. At that time, it got a lot of praise. On August 5, 2021, the game made its full release on PC and also came out on the Nintendo Switch as its only console provider for now.

Like any roguelike, Dreamscaper can be a tough nut to crack for the uninitiated. Thankfully, Dreamscaper favors the player experience above punishing them. In many ways, it’s a lot like Hades mixed with a dash of Dead Cells. It’s very accessible to beginners so long as they follow a few of these easy tips.

8 What Does And Doesn’t Carry Over?

That’s one of the bigger questions most players are concerned about before they pick up a new roguelike. The amount lost in death in Dreamscaper is not terrible.

The various currencies used to upgrade Cassidy in the real world are never lost. The only currency that doesn’t carry over is the money used in the dungeons, which is basically sand. Weapons and powers are also left behind.

In some roguelikes like Dead Cells, players have to keep repeating the same bosses over and over again until they can beat the game in a single run. While the majority of the dungeons themselves must be completed in order every time in Dreamscaper, that doesn't hold true for the bosses.

Once a boss has been vanquished, players have the option to skip or challenge them again the next time around. It’s recommended to still do these fights as they give out good rewards, but it’s not a must.

In some roguelikes, if a player leaves a room full of items, those items usually disappear. That’s not the case in Dreamscaper. For example, if a monster drops a health potion and the player doesn’t need it at that moment, they can come back for it later.

RELATED: Why Moonlighter Is And Isn’t An Awesome Rogue-Lite Game

This is nice as it gives players more options on how and when to use or equip items. On that note, don’t forget that items can be broken down into dungeon currency.

One of the best features in Dreamscaper is fast travel. Games, from roguelikes to hardcore RPGs, usually restrict players on when and where players can fast travel to. This game has no restrictions on that.

If a player has been to a room then they can warp back there. Considering the movement speed in dungeons and the real world is a bit slow, this fast travel system makes up for that flaw. Don’t forget to fully utilize it on the map in either realm.

4 What To Level Up First

There are a few upgrade shops that open up in the real world. The best one is in the park which is referred to as Meditation. This skill tree has the normal upgrade path for roguelikes including increases to health.

That is always a good one to upgrade, but it is also handy to drop at least one mark into every category. Every slight percentage boost will help in the long run.

Dreamscaper has a similar weapon load-out system to Dead Cells. In the latter, players usually get assigned random weapons at the start of a run. There are ways to kick in what these drips will be later in the game.

RELATED: Roguelikes to Play After Returnal

In Dreamscaper, Cassidy will unlock new melee and ranged weapons if players keep these categories both randomized in the menu. While this can be counterintuitive to having a good run if a bad set of weapons is applied, it’s fun to see what will unlock next. Players also have the option to lock in something.

There is an NPC system in Dreamscaper that can help Cassidy become more powerful. Befriending people in the real world will unlock them in the character setup menu. Getting NPCs like Fernando, who visits the bar, will boost stats if equipped.

Fernando, in particular, will raise Cassidy's defense. The more people get close to Cassidy, the stronger these boosts will become. It’s very much like Hades’ boons to keep it on the roguelike track. It’s also similar to the Social Links system in the Persona series.

There are many reasons why Hades became so beloved at launch and one of those reasons was because it was an accessible roguelike. One of the best features to help out with that was called God Mode. Clicking that in the options menu would raise Zagreus’ defensive stats.

The more times players died with that equipped, the higher the boon would become. For example, if the stats boosted defense to 20% at first, after death it would increase to 22%. It was a great way to make it an accessible roguelike RPG, but even that system could use improvements. Dreamscaper has this exact feature, only it’s called Lucid Mode. Equip that as soon as it unlocks to help balance out the odds. If it gets to be too powerful, players can always remove the effect. It's sort of like a catch-22.

NEXT: Indie Games That Are Impossible To Beat Without A Guide