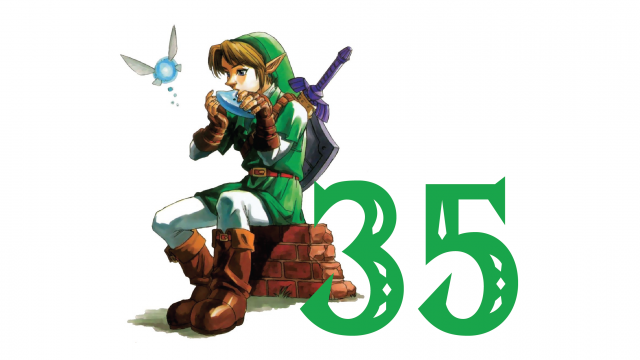 Why is The Legend of Zelda: Skyward Sword HD, a high definition remaster of a ten-year-old game, the only game announced for Switch to celebrate Zelda’s 35th anniversary? Sure, there are also the attractive, limited edition joy-cons that will immediately be snatched up by scalpers, but together, those two products don’t make for much of a celebration.

Mario and Pokemon celebrations are leagues ahead.

Comparatively, Super Mario and Pokémon are shooting it out of the park. Mario’s 35th anniversary just ended last month and for the year of its anniversary, it got Super Mario 3D All-Stars, Super Mario All-Stars on the Nintendo Online SNES, Paper Mario: Origami King, 3D Mario World + Bowser’s Fury, Mario Kart Live: Home Circuit, the Game & Watch: Super Mario Bros, and Super Mario Bros. 35 for Nintendo Online members. And that’s just the games. Nintendo collaborated with Lego, released clothing, and other merchandise both in stores and through My Nintendo. There were even live events and in-game events such as a Mario-themed Splatfest in Splatoon 2 and Super Mario items released in Animal Crossing: New Horizons. As for Pokémon, it is currently having its 25th anniversary and it is already doing plenty. Events, merchandise, the release of New Pokémon Snap, and the announcement of the new Pokémon Legends Arceus and the remakes of Pokémon Diamond and Pokémon Pearl.

So, what about Zelda? Nintendo can’t be waiting for the anniversary of the release month for The Legend of Zelda. The game was originally released in February of 1986. If Nintendo isn’t waiting for Zelda’s actual release date anniversary, what’s the holdup? Are Mario and Pokémon more beloved games? 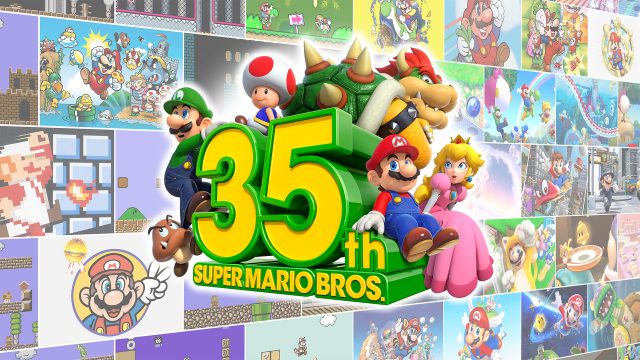 Well for Pokémon, 25th feels like a more special number than 35th as it’s a quarter of 100. Pokémon is also the highest grossing media franchise of all time. Of course Pokémon wants to party on its 25th anniversary. As for Mario, the series is the highest selling video game series of all time. It also understandably has an all-out party on its 35th anniversary. But even though Zelda isn’t Nintendo’s top-selling series, it is still one of the main flagships for Nintendo. Zelda got anniversary celebrations for its 20th, 25th, and 30th anniversaries…so where’s the party for 35th?

Where is Zelda’s celebration?

The first possible answer to that question is the most straightforward as well as disappointing. There are no other games. There is no other merchandise. What’s been said is what we’ll get. Sure the Joy-Cons are pretty enticing and Skyward Sword isn’t a bad game, but to get nothing else is a bit heartbreaking and almost insulting to Nintendo’s Zelda fans.

So let’s look at some more hopeful, and in my opinion, the more likely, alternatives. It could be that Nintendo decided to wait until its financial year and the 35th anniversary celebrations for Mario were both over. Which they now both are. This could mean that we could hear 35th anniversary Zelda news any day now, possibly in a Zelda Direct. Mario and Pokémon have both already had one, why not Zelda too?

Another possibility is that Nintendo is trying to give Skyward Sword HD as much attention as possible and Nintendo is therefore waiting to reveal more news until after the release. Skyward Sword’s original release in 2011 was…divisive. The initial presentation at E3 in 2010 embarrassingly failed to successfully demonstrate the motion controls working. Though the game received positive reviews, it failed to gain a spot in the top 5 selling Wii games in 2011. This year, the Nintendo Direct showed that the motion controls have been modified to work with the Joy-Cons and will be optional. Nintendo is likely hopeful that Skyward Sword sells better on Switch. One way to boost those sales is to prevent Skyward Sword HD from being overshadowed by other releases. Those other releases being the rumored Wind Waker HD and Twilight Princess HD. This would also explain why no news of Zelda: Breath of the Wild 2 was given at the last Nintendo Direct. 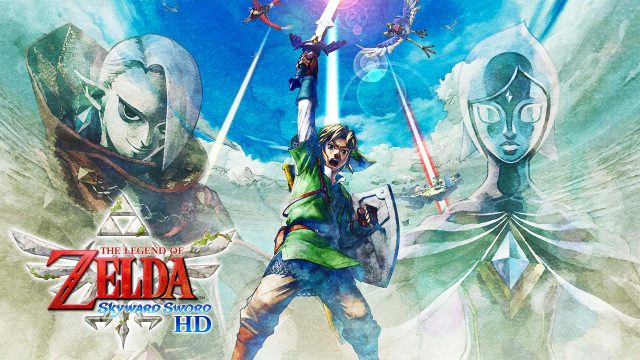 So, could it be a summer announcement that we are waiting for? Nintendo has a history of announcing Zelda games in the summer. Specifically, at E3. Starting in 2002 with Four Swords, this pattern continues today with Link Between Worlds announced at E3 in 2013, Zelda for Wii U (Breath of the Wild) in 2014, Triforce Heroes in 2015, Breath of the Wild trailer and demo in 2016, Breath of the Wild DLC in 2017, and finally the reveal of Breath of the Wild 2 in 2019. The pattern would have likely continued if not for COVID-induced lock-down with Link’s Awakening and Hyrule Warriors. But this year isn’t just the release of new games, it’s the 35th anniversary! Shouldn’t they have announced anniversary celebrations sooner? Well for both the 25th and 30th anniversaries of Zelda, the logos for the anniversaries weren’t even revealed until E3 or even later in September. So it is not at all unusual that we have yet to hear much yet from Nintendo on Zelda’s anniversary.

Nintendo may also be planning to time the announcement of system selling games with the announcement of a new Switch model. The rumored “Switch Pro” or “New Switch.” The Zelda series is known for being tied with console releases. Breath of the Wild was a launch title for Switch and Twilight Princess corresponded with the release of Wii. It is no secret that Zelda is a system seller. At the release of Breath of the Wild and Switch, the game actually sold better than the system. And if all the rumors are to be believed, the new Switch is coming out this year.

Who can really say?

Finally, the last possibility…who knows! Nintendo is predictably unpredictable. They love to do the unexpected. How can we ever be sure what they are planning? Only Nintendo knows.