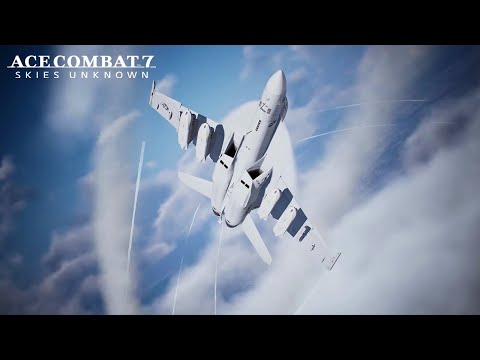 Today Bandai Namco announced that Ace Combat 7: Skies Unknown will receive another DLC to celebrate the 25th anniversary of the series.

The DLC in question will be titled “Cutting-Edge Aircraft Series” and it’ll include the F/A-18F Super Hornet Block III, the F-2A Super Kai, the Mig-35D Super Fulcrum, and plenty of new skins from the history of the series.

It will release in fall 2021, even if a specific release date has not been announced at the moment.

Incidentally, we learn that the series has shipped 17 million physical units and sold 3 million digital download units in its 25 years of history.

Below you can see the new content including the aircraft and skins in a new trailer.

If you’d like to know in detail why Ace Combat 7: Skies Unknown is so good and has become the most successful game of the series, you can read my full review.

The game is currently available for PS4, Xbox One, and PC.

Incidentally, we already know that the next Ace Combat game is in development utilizing the cutting-edge Unreal Engine 5. Bandai Namco is also celebrating the 25th anniversary with a collaboration costume in The Idolmaster: Starlit Season.