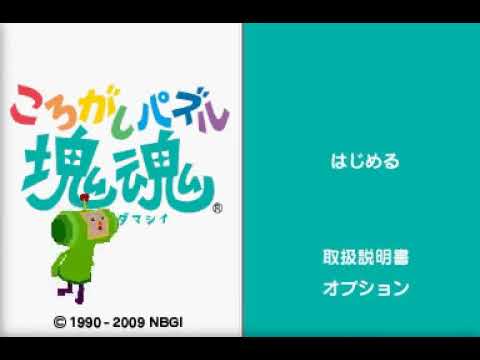 The Katamari franchise has been an indie darling since its initial release in 2004. As the years have gone by, the core focus of the main series has remained unchanged. The absurd and quirky puzzle-action gameplay is sure to attract more fans looking for good old fun.

With a total of 18 games released over the past 17 years, new and old fans may not be aware of all the games they might've missed. The massive success of Katamari Damacy Reroll creates hope that a sequel will be on the horizon.

We were introduced to the unusual and charming world of Katamari Damacy on March 18, 2004. Katamari Damacy was a Playstation 2 exclusive that found immediate success in Japan. Players would control The Prince and help him create Katamari rolls to restore the stars in night sky.

However, concerns about the game's novelty prevented it from being released in Europe. Although it didn't stop Namco from releasing Katamari Damacy in North America in September 2004.

Following the success of Katamari Damacy, We Love Katamari was released for the Playstation 2 on July 6, 2005. Unlike last time, it was a worldwide release. We Love Katamari didn't stray far from the features that hooked everyone in.

The gameplay didn't change, but controls did so Me & My Katamari could work on the PSP's non-DualShock controls. People were able to join their friends' worlds and challenge them.

The game used GestureTek EyeMobile. The software allowed phones to detect tilt and vibration through the camera. There's not much else about the game online. Many of Katamari Damacy's mobile ventures tended to disappear.

Multiplayer was substantially improved, allowing two players to play simultaneously instead of sharing control of the Katamari.

There's not much known about the game nor are there surviving copies. Windream has the only known screenshots on their website.

Rolling with Katamari was released for mobile devices on November 1, 2008. The gameplay was simplified to work with touchscreens. Navigate the rudimentary maps by simply dragging your finger.

Rolling with Katamari was Namco's first experiment with smartphones. It's also aged worse in comparison to other games in the franchise.

I Love Katamari was released for iOS and Android on December 14, 2008. It was later released on Windows Phone in 2010.

Like many other Katamari games, Korogashi Puzzle Katamari Damacy is incredibly hard to find anymore. It was released on March 25, 2009, as a DSiWare exclusive to Japan. The biggest oddity of this game is that it completely deviates from Katamari Damacy's gameplay.

It's simply Tetris with Katamari Damacy's aesthetics. The images above were only obtainable through the Katamari Wiki and Youtuber sloobro's attempts to revive the game on emulation software.

Katamari Forever was released for the Playstation 3 on July 23, 2009. Most of the maps were pulled from previous games. However, The Prince is trying to help his father regain his memories by bringing color back to these old maps.

Multiplayer wasn't implemented this time. Two new features were "Prince Hop" and "King Shock." Prince Hop allows the player to jump in the air whereas King Shock pulls nearby objects into the Katamari.

Katamari Amore was released for iOS on September 29, 2011. As pictured above via Youtube, Katamari Amore doesn't deviate from what you'd expect in a Katamari game.

Players were able to compete against each other on the leaderboard. It also introduced three new game modes: Eternal Mode, Exact Size, and Time Attack. Eternal mode enabled freeroam. It required players to roll a Katamari to the exact size. Time Attack challenged players to roll the biggest Katamari they could in a given amount of time.

On November 17, 2011, an Android port of the original Katamari Damacy was released in Japan. There are scarce details outside of those present on Matrixsoft.

It's uncertain what changes if any were made when Katamari Damacy Mobile+ was released. It is clear though that game was adapted to work on smartphones.

The back touch panel allowed players to stretch and warp the ball as they roamed around. Touchscreen navigation was also an option if players didn't like using the analog controls.

Unfortunately, the only known screenshots were from 4gamer. In fact, if you were to look up this game, you would only find a few results that are actually related to this game.

Tap My Katamari was released on iOS and Android on January 4, 2016. It was heavily inspired by idle-clickers like Cookie Clicker. Tap your screen to get the Katamari ball rolling.

For those interested in playing, the bad news is that it's no longer available on the Google Play Store and Apple Store. The good news is that traces of the Android APK are floating around on the internet.

Amazing Katamari Damacy was an Android and iOS exclusive released on December 5, 2017. Gameplay is incredibly similar to Temple Runner. The only difference is that players are building up a Katamari while running indefinitely.

Sadly, the Amazing Katamari Damacy was removed from mobile stores in 2020. Like Tap My Katamari, you can still download a copy with enough patience.

The visual changes are among the most notable changes. Most of the cast was redesigned to better match the original art style. Controls were also made similar to We Love Katamari and later releases.

Next: The Best Puzzle Games On The Nintendo Switch