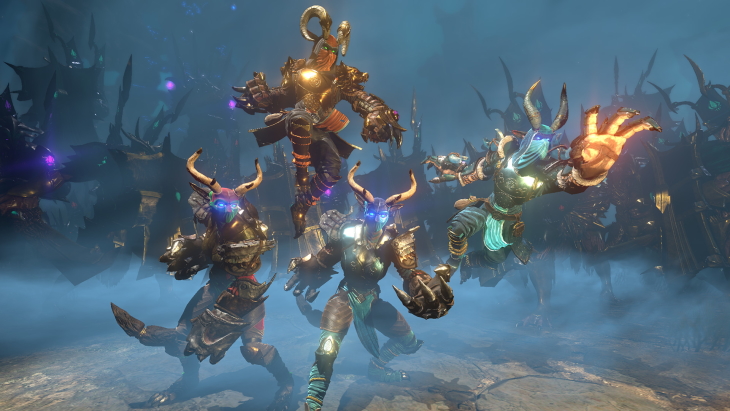 Versus Evil and developer RUNWILD Entertainment have announced the early access release date of action RPG Almighty: Kill Your Gods.

As previously reported, players control demonic creatures known as Alphas- magic warriors with powers from their ancestors. Restore the ruined Home Island from the body parts and organs of gods, which in turn will increase your own powers. Craft gear, and create your own playstyle; whether you are playing solo or with friends in co-op.

You can find the release date announcement trailer below.

Hunt demons, monsters, and gods solo or online with friends in this action RPG. You are an Alpha, a magical warrior infused with the power of your ancestors. Run, leap and fly across islands, ripping your foes to pieces, and rebuilding your shattered Home Island with their remains. Bring low the oppressive false gods, protect your kindred and become Almighty.