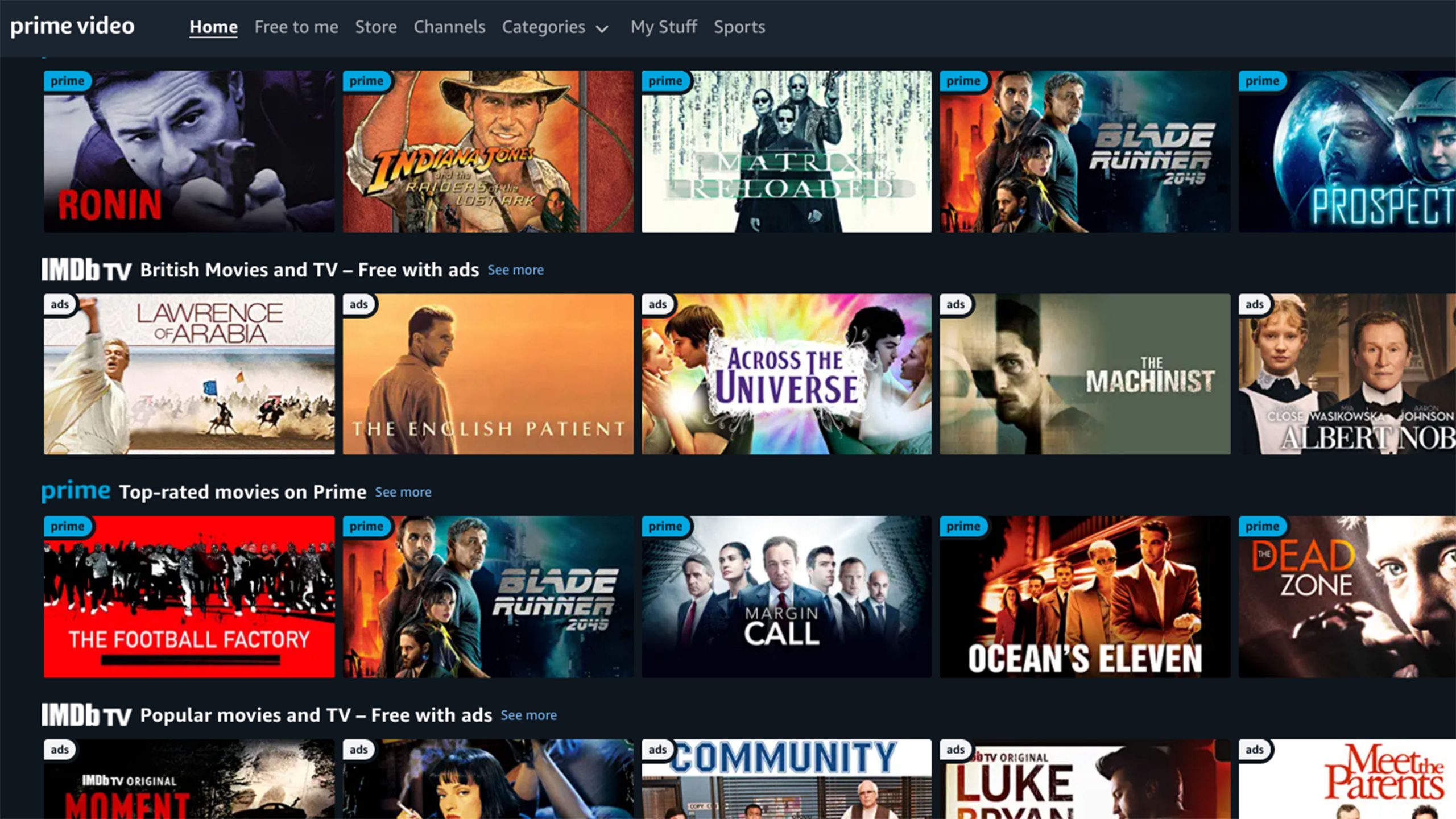 8K TVs are here to stay, and it looks like Amazon Prime Video is getting fully behind the upgraded resolution technology.

Prime Video is the latest member of the 8K Association, a cross-industry body that exists to promote the growing ecosystem of 8K content and devices – and which also offers an 8K TV specification standard to ensure customers are getting a minimum bar of features and capabilities with every approved 8K television.

Prime Video joins the likes of Samsung, TCL and Panasonic in helping to forge a road map for 8K technologies, suggesting the TV streaming service has 8K TV shows and films in its sights.

You won’t currently get 8K support on any mainstream TV streaming service – aside from the odd video on YouTube. Content providers are still getting to grips with 4K resolution support, and it will likely be a while before native 8K content – videos filmed and displayed in 8K – become a sensible business proposition for most of them.

While 8K TV sales are surging, they’re still a fraction of the overall TV market, and the prevalence of mobile phones means that plenty of consumers are watching TV on comparatively low-res screens.

Nonetheless, 8K is certainly coming, and it makes sense for content providers to get involved in planning its future. Amazon’s interest in 8K, though, is likely tied up not just in the general direction of the TV market, but also Samsung’s current strategy around 8K TVs.

Is 8K the future of TV shows?

Prime Video creates huge swathes of original shows and movies, within an increasingly crowded market for streaming services – with Netflix and Amazon now having to compete with Disney Plus, Apple TV Plus, HBO Max and Peacock, among others.

While quality and diversity of content will separate the winners and losers in the short term, effective implementation of rising picture standards will be a key element in the long run – ensuring that the best TV streaming services look their best on high-spec home cinema displays.

And as 8K TVs drop in price, and become more readily available to the average household – in the way that 4K TVs now are – support for native 8K content is only going to become more important.

We already see this for dynamic HDR standards like Dolby Vision and HDR10+, which elevate the picture quality possible on compatible television screens, but which are implemented pretty inconsistently across different streaming services. While Amazon supports both standards, for example, it mostly stocks titles in the less-widespread HDR10+ format, whereas the likes of HBO Max and Netflix opt exclusively for Dolby Vision.

What’s worth noting, though, is that Samsung TVs exclusively support HDR10+ over Dolby Vision, meaning that Prime Video is one of the best smart TV apps for Samsung TVs.

With Samsung aggressively pursuing 8K resolution for the best Samsung TVs each year, Amazon is likely only cementing its position – well worth doing, given Samsung’s status as the largest TV seller worldwide.

The 8K Association’s certification is only getting more complex, with the introduction of an Ambient Contrast Ratio (ACR) standard “to help ensure good picture quality performance in different ambient lighting conditions.”

Gaming specs like VRR (variable refresh rate) and ALLM (Auto Low Latency Mode) are also now baked in to the certification, meaning gamers should be able to buy an 8K TV with confidence in its ability to display current-gen console games at their best.

8K isn’t quite the dominant force it may one day be, but minimum expectations for 8K quality are increasing all the time – and seeing content providers like Prime Video get behind these standards can only be a good thing in the long run.