Amazon’s attempt to break into the MMO world has been plagued with assorted controversies since its announcement – first, the developers sparked worry with the announcement of an in-game storefront that could aid with progression, and now it’s been revealed that certain players with RTX 3090 series graphics cards have been experiencing problems when trying to run the game.

New World is an MMORPG from Amazon Game Studios, following the journey of an adventurer who finds themselves shipwrecked on the mysterious island of Aeternum. Like most big MMOs these days there’s both PvE and PvP content, with a focus on being able to play through most of the game’s content on your own – developers claim that “90% of the game can be completed by a solo player”. However, there are a few factors that set New World apart from its MMO competition these days – for one, the economy. There are no NPC merchants in New World – instead, all items will be made and sold by players.

With the launch of New World’s beta, some players have been having some debilitating issues with their graphics cards. Several reports have come through that players with NVIDIA RTX 3090 cards have had their cards completely destroyed when trying to run New World – and with the ongoing PC component shortages, that’s gear that’s hard to replace. 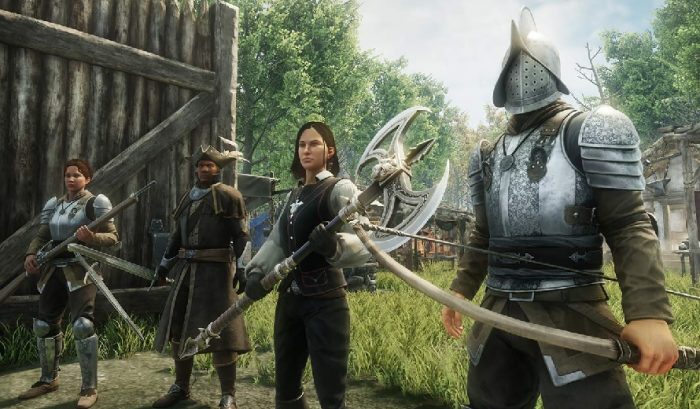 After releasing a patch that caps frames per second on the dev team’s menu screen, New World’s customer support team have made an official statement on how to avoid this problem: it seems to all be linked to driver settings and frame rate limiters. For now, they’ve given us three steps to avoid getting our graphics cards fried: disabling the overrides in driver settings, capping the FPS manually, and preventing your game from using Global Settings. Hopefully with these precautions, players will be able to play New World safely.

New World is set to release on August 31st 2021, with a closed beta currently running.