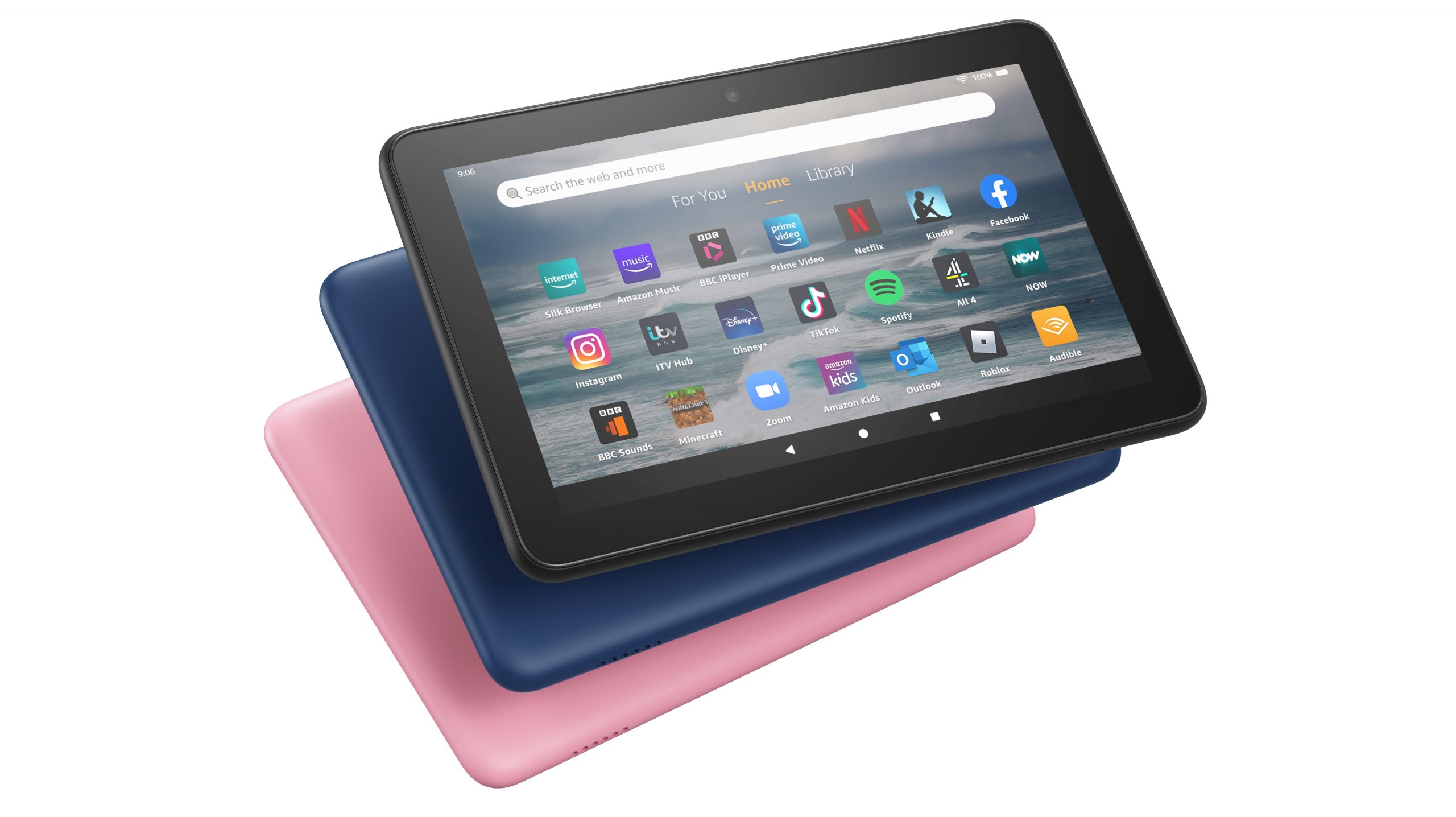 That makes it one of the very cheapest tablets you can buy, and vastly more affordable than the similarly small iPad mini (2021). That said, it’s actually a $10 / £10 price rise on the previous model, but that’s not so bad given the three-year gap between them.

For your money you get a tablet with twice as much RAM as the Amazon Fire 7 (2019), at 2GB, plus the promise of 40% longer battery life, at up to 10 hours. Its 2GHz quad-core chipset is also supposedly 30% faster, so performance should be getting a serious upgrade.

The cameras might not be up to much, clocking in at just 2MP on both the front and rear, but that’s understandable for the price, and the slate is available in black, denim, and rose colors.

Amazon has also unveiled a new Amazon Fire 7 Kids, which starts at $109.99 / £109.99 (roughly AU$195), so it’s rather more expensive. This has much the same specs as the standard Amazon Fire 7, but includes a kid-proof case in blue, red or purple shades, with an adjustable kickstand that can also be used as a handle.

Both tablets can be pre-ordered now in the US and the UK, and begin shipping on June 29, so there’s still a little while to wait before you can have one in your hands – or those of your child.

At the time of writing the Amazon Fire 7 (2019) is just clinging on to a spot in our best cheap tablets list, so if the new Amazon Fire 7 (2022) is as much of an upgrade as it sounds then it’s likely to take that slate’s place – and maybe even rank higher. Though we won’t know for sure until we’ve put it through a full review, and the price rise is a consideration.

The Amazon Fire 7 Kids (2022) is arguably a more niche proposition – and certainly a pricier one – making it a less likely fit for the list, but it’s still got a chance, packing a kid-friendly design and features at what’s still a very low price.

Neither slate is likely to trouble the top of our best cheap tablets list, which currently houses the iPad 10.2 (2021). That’s a significantly higher spec slate, but – while still cheap – it’s also significantly more expensive.