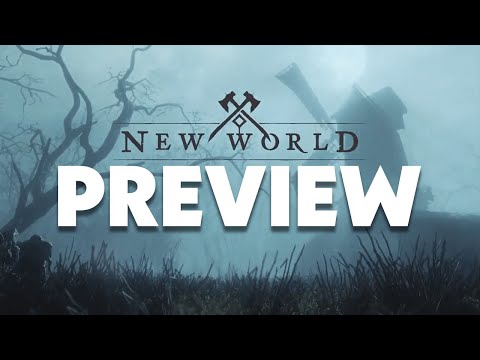 Is New World the Next Big Thing?

Judging an MMORPG on day one is a little like judging a burger while it’s still an uncooked patty of meat surrounded by the other ingredients that will eventually make a delicious sandwich. Imperfect metaphor aside, MMOs always need time to grow a dedicated player base (or not), to iron out the kinks (or not) to drop-in content, and for players to really make the game their own. Even when everything falls into place, the alchemy of what makes a successful MMORPG is mysterious indeed and more than a few big-budget games have fallen ignobly by the wayside.

Amazon Games’ New World has been in development for over four years and is launching after a number of delays, betas, and previews. I — and several hundred thousand others — spent the better part of a day starting to level a new character and getting to know the world and the game’s systems.

An actual review will follow after I spend a considerable more time with the game, but even after just a few hours in, several things stand out. Surprisingly, because I am a jaded, cynical, and suspicious bastard, mostly good things.

From My Perspective, the Launch Was Pretty Smooth, But Maybe I Just Got Lucky New World’s technical previews and betas were beset by connectivity issues, and most popular MMOs have moderate to severe server issues and lengthy queues at launch, but despite hundreds of thousands of players joining the game, my wait times were either non-existent or very short. Even more surprising, latency or lag on the very populated server on which I played was almost never noticeable. Over six or so hours of play, I never had problems with disconnects or crashes. I can only speak to my experience, others might have been less fortunate, and reports on COGconnected and other sites and forums certainly suggest the more usual significant wait times and server overloads common to MMO launches. Amazon Games has promised to add more servers to accommodate the demand.

New World is Both Old School and Not

As someone who has played MMOs since the original Everquest twenty one years ago, it is rare that a game in the genre strays very far from the established mechanical conventions of questing, fighting, crafting and playing with or against others. Some MMORPGs — most recently, Elder Scrolls Online — are more solo-player friendly than others, and New World is likewise built to accommodate the solo experience, at least in part. In its early hours, New World needs little in the way of a tutorial, so familiar are its conventions, and besides, the first twenty or so levels are primarily fetch quests that introduce the player to the game’s specific variations on familiar themes. Whether you’re doing the activities alone or in a group, they’re fast and fun, if not anything close to original. The faction and territory systems are at least a bit new, but primarily impact those whose interests are New World’s PvP aspects. Dark Age of Camelot explored similar mechanics quite some time ago.

New World’s combat — again, a little like Elder Scrolls Online — is very much influenced by action RPGs, with a great number of ways to make a character more powerful, specialized and unique. Although its character creation tool is cosmetically a bit disappointing compared to Black Desert Online or some other more graphically sophisticated games, it feels like there is a lot of potential for long-term character development that scales well with the demands of the story. Combat itself is engaging, if not super impactful. Combos and special attacks mix up the encounters and the lack of starting classes means that you can create a really unique build.

Because there are no NPC vendors, New World’s players will need to depend on their own crafting skills and those of others for gear and supplies. As a result, crafting plays a huge role in the game. Nearly the entire world is there to be harvested, probably good considering there are thousands of players wielding axes, scythes, and picks, simultaneously denuding the landscape.

It Looks and Sounds…Pretty Good 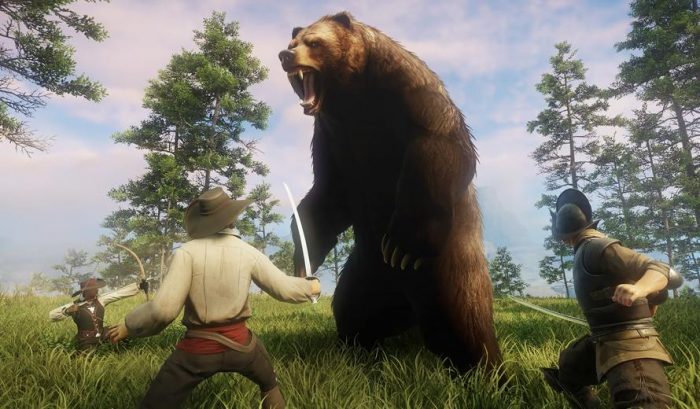 New World looks very good, in particular its environments and fantasy-themed architecture. The world is colorful and highly detailed. Like World of Warcraft, New World’s art style is slightly stylized and therefore a little more resistant to aging poorly. Human character models — in particular faces — are disappointing, though, lacking expression or the kind of exaggerated features of a more cartoony art style. Main quest line NPCs are voiced, and the voice acting and writing are ok, but pretty generic. Lip syncing ranges from non-existent to passable, but the game’s music is varied and effective.

Welcome to the Sandbox

I suppose it’s true of all MMORPGs, but it’s especially apt for New World: you can play it your way, and at every moment you have a choice of making New World a chill, podcast game of exploring, farming and crafting, or choosing to focus on combat, the main quest line or side quests. None of it is strikingly original, but almost all of it is fun. Sure, you could say it’s old wine in a new bottle, and that its loops and mechanics are comfortingly familiar, but I’m not sure that’s a negative. New World rewards you often and for almost everything you do, which at least makes you feel like you’re always making progress. It’s a great game for both veteran MMO players, and thanks to a lack of a subscription fee and non pay-to-win cash shop, it has appeal for players new to the genre. 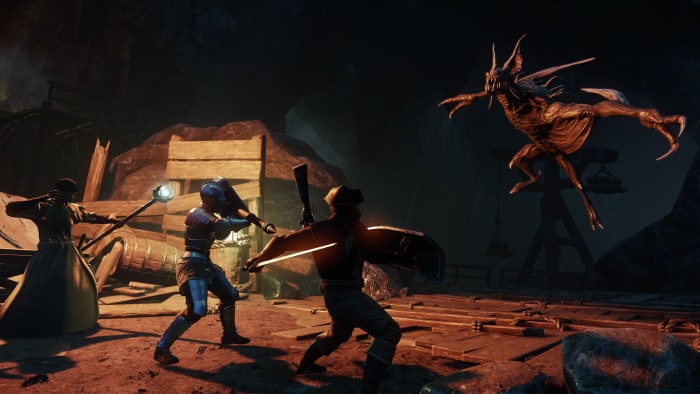 Keep in mind that these impressions are based on a very short amount of playtime, and a full review will follow that deals more thoroughly with the game’s lore and story, multiplayer components, and special mechanics such as Expeditions.

The post Amazon’s New World Launch Was Actually Pretty Smooth and It Looks Great So Far appeared first on COGconnected.