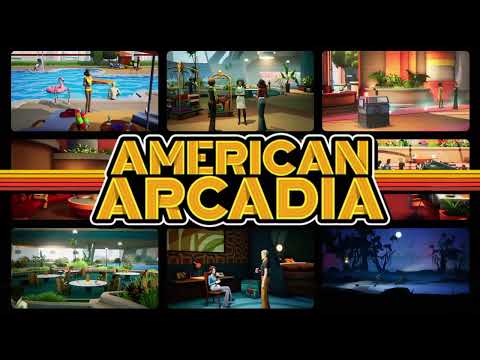 American Arcadia is the new game coming from Call of the Sea developer Out of the Blue, and it is a different kind of experience from the last game. Gone is the mysterious island. Instead, Out of the Blue will be focusing on reality TV where people are being watched on TV 24/7. Essentially, it is a Big Brother setting but in the 1970s. The game itself is a mix of a 2.5d platformer and a first person puzzler.

The description for the game reads: “In American Arcadia, players take on the role of two characters, each with their own gameplay, whose fates and lives are intertwined. Arcadia is a 70’s retro-futuristic metropolis where everyone enjoys a life of luxury and comfort. But what the citizens of Arcadia don’t suspect is that they are playing a role in American Arcadia, a television show broadcast live 24/7, that has been on the air for decades. Under the eyes of countless anonymous observers, theircarefree life is tied to their popularity rating. As a favourite of the audience, one has nothing to fear, but a drop in popularity comes at a cost: death.”

Players will take on the role of two characters with one of them being average man Trevor Mills, and a another mystery character. The use of two characters goes back to the game featuring both platforming and puzzling elements. One of the characters will be used for the platforming sections of American Arcadia, while the other character will be used in the first person puzzle sections. Some of the actors confirmed for the game include Call of the Sea’s Cissy Jones, Prince of Persia: Sands of Time’s Yuri Lowenthal, and League of Legends’ Krizia Bajos.

A release date and platforms for American Arcadia are yet to be confirmed. There will be more details revealed for the game during Summer Games Fest, including the full reveal trailer.