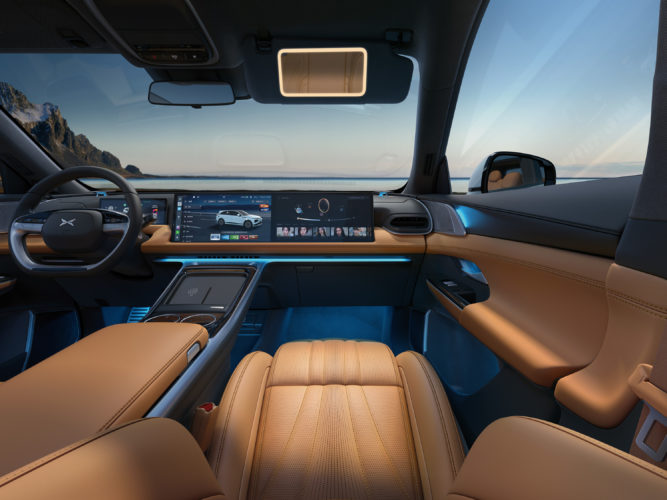 Editor’s Note: This post has been updated to reflect the XPENG G9 launch. It was originally published in November 2021.

You don’t need a private plane to be at the forefront of personal travel.

Electric automaker XPENG launched the G9 SUV this week during NVIDIA GTC. The intelligent, software-defined vehicle is built on the high-performance compute of NVIDIA DRIVE Orin and delivers AI capabilities that are continuously upgraded with each over-the-air update.

The new flagship SUV debuts XPENG’s centralized electronic and electrical architecture and XNGP, its latest advanced driver assistance system for a seamless driving experience. The G9 is also compatible with the next-generation superchargers for charging up to 124 miles in 5 minutes.

The XPENG G9 and its fellow EVs are elevating the driving experience with intelligent features that are always at the cutting edge.

Intelligence at the Edge

The G9 is intelligently designed from the inside out.

XNGP is capable of tackling multiple driving scenarios — regardless of map coverage — by 2023 when it is available in most cities in China.

This technology is incorporated into a centralized compute architecture for a streamlined design, powerful performance and seamless upgrades.

The G9 is designed for the international market, bringing software-defined innovation to roads around the world.

In addition to fast charging, the electric SUV was designed to meet global sustainability requirements as well as C-NCAP and E-NCAP five-star safety standards. Launched on September 21 in China, the G9 is expected to be delivered to customers in October 2022.

The intelligent EV joined a growing lineup of software-defined vehicles powered by NVIDIA DRIVE that are transforming the way the world moves.