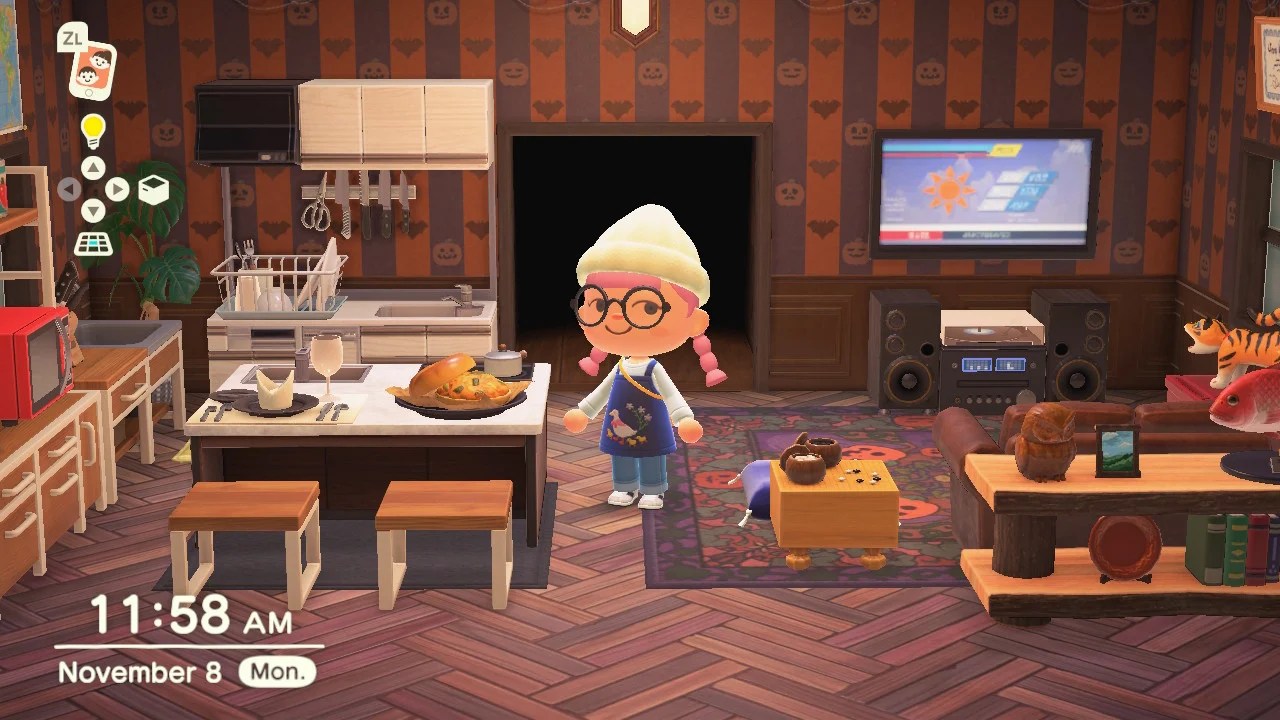 No joke, I have no fewer than eight little cafes and restaurants on my island in Animal Crossing: New Horizons. Last fall, I buckled down and terraformed my entire island, filling up every spot with some sort of little tourist attraction that visitors could look at when they visited. I ended up with an outdoor classroom, a river walk, a hot springs area, a flower shop, a park, and eight eating spots.

It kinda just got out of hand, if I’m being honest. I had two beach cafes, a diner, a bakery/café, a seaside restaurant, a seaside café, a poolside VIP area that served desserts, and an oriental-style barbecue area. I’m proud of it, but also, having that many eating spots felt utterly pointless. There were only so many food-related furniture items I could put on display. I had to resort to using custom designs to make the food look different! The humanity!

But then everything changed when Nintendo attacked- I mean, released the cooking system with update 2.0.

On the surface, the new cooking and farming system seems pretty shallow. We already got a taste of what farming crops would be like with the Halloween event, where you just grow pumpkin starts and harvest them to craft furniture.

When it comes down to it, the cooking system in Animal Crossing: New Horizons boils down to farming for more materials so that you can craft more items to display. It’s not a game-changing mechanic by any means, but for the players who, like me, have an obsession with restaurants and cafés, it’s pretty much all we could’ve asked for.

Right off the bat, update 2.0 has added a whole bunch of new cooking recipes to discover in the game. If you’ve been playing Animal Crossing: New Horizons since launch, you’ve probably already learned most of the DIY Recipes. This alone injects new life into the game as that feeling of discovery is back in full force.

Most importantly, it gives your kitchens a new purpose instead of just having them sit there for decorative purposes. Kitchen items now function as workbenches, except for food. You can bring ingredients over and use them to prep meals, which can then be consumed (we don’t recommend this) or displayed (highly recommended).

As someone who has kitchens in basically every corner of her island, this is an amazing addition. Coupled with the storage sheds, which let you access your house inventory from anywhere you want, it’s incredibly easy to grab ingredients quickly and whip up a meal. And with the variety of new cooking recipes here, you can make different themed food to suit all your café and restaurant needs.

The grilled fish would go nicely with my seaside restaurant, for instance, while the organic bread is a shoe-in for my little bakery. The new recipes also give purpose to some of the most useless resources in Animal Crossing: New Horizons, like weeds and the much-maligned sea bass (at least it’s not a C+).

Like with everything else in New Horizons, the true beauty of this game lies in the little details, whether it’s the inclusion of a hula girl on top of the stall in your tiki cafe, or putting a small pair of slippers on the carpet in your bedroom. The food items are a small, but wonderful addition to the game, and I expect we’ll see the community put together some really creative displays as time goes on.