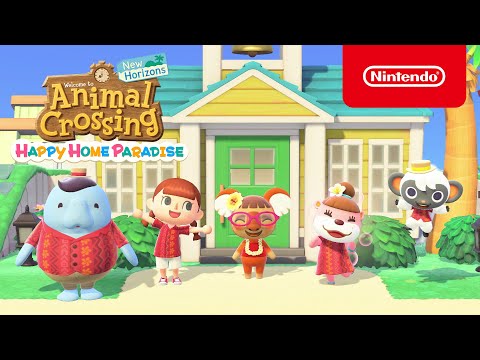 What is quite possibly Animal Crossing: New Horizon’s strangest bug yet is causing villagers’ clothes to disappear.

It’s no stranger to the odd bug or glitches, but Animal Crossing: New Horizons’ have mostly been harmless, like being able to sit in pools and baths. But while the latest example also doesn’t seem to be game-breaking, it’s certainly raising a lot of eyebrows.

Simply put, this glitch can take away the island residents’ clothes, effectively creating a community of nudists. Considering this is a family friendly game populated with cartoon animals, there’s obviously nothing indecent about it (in fact, K.K. Slider is technically naked all the time), but it is certainly bizarre considering the characters are usually fully clothed.

It remains unclear exactly what causes it but apparently the rare bug has been present since the Happy Home Paradise DLC launched last month. What’s more, it’s only limited to the DLC’s café area, so no need to worry about it spreading to your main island.

Even if it’s nothing major, Nintendo is hopefully already working to fix it with a patch. In the meantime, there doesn’t seem to be any workaround or temporary solution.

If you’d rather not see the villagers’ backsides, it might be best to avoid the café for the time being.

Animal Crossing isn’t the only Nintendo game to have a bit of a bug problem at the moment. The Pokémon Brilliant Diamond and Shining Pearl remakes are also riddled with them, the most famous one being a duplication glitch that lets you clone any of your pokémon.

At the time of writing, however, Nintendo has since updated the games to address some of these glitches. While it’s not mentioned in the patch notes, Kotaku reports that the cloning glitch has been removed.

Anyone who doesn’t update the game will not be affected by the patch, but it will mean they can’t use any of the online functions.