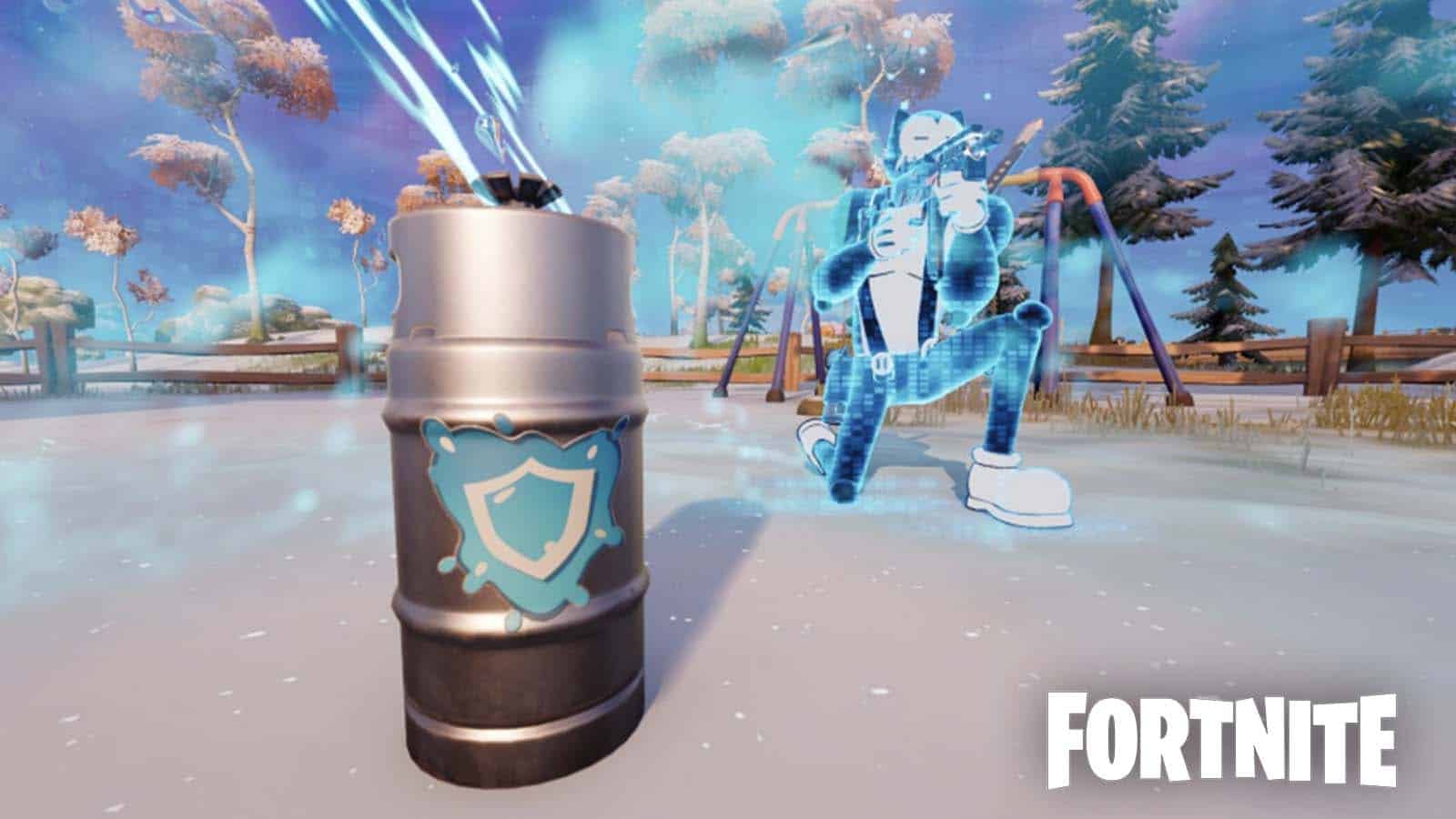 A Fortnite player has revealed an annoying bug that prevents players from receiving a shield through the use of Shield Kegs.

Chapter 3, Season 3 of Fortnite has been a real treat for the Epic Games battle royale game’s fans.

Offering new weapons, features, and, of course, new cosmetics, Fortnite returned with a new coat of paint that made the game feel brand new.

But with all of the new additions, there has been a good share of issues impacting gameplay. The latest technical mishap comes from the use of the Shield Keg, which was introduced in Chapter 3, Season 1.

The Shield Keg gives players and their teammates additional shield when used.

Brought to the community’s attention on Reddit by Redditor Ibackk, they uploaded a video of themselves acquiring the restorative item as they looted a building in Sleeping Sound.

Ibackk throws the keg in an attempt to be bestowed with its healing properties; the tool sputters about playing its animation as usual but refuses to spout about the shield juice used to heal the player.

Thinking that the building they’re in is impacting the way the tool is performing, they begin destroying the settlement to clear it out of the way to see whether or not it was blocking the animation. It wasn’t.

Shocked, the video shows the Redditor staring at the seemingly broken item as the Shield Keg’s bug is on full display, denying them any additional shield and then disappears.

Thankfully for the community, one of the mods of the Fortnite subreddit commented under the video, asking: “how can this bug be reproduced?” and “what platform are you playing on?” with Ibackk noting that this issue happened on the PC.

It is unclear whether or not the bug will be addressed in any upcoming patches, especially since this Shield Keg bug seems to be an isolated incident as of April 15.