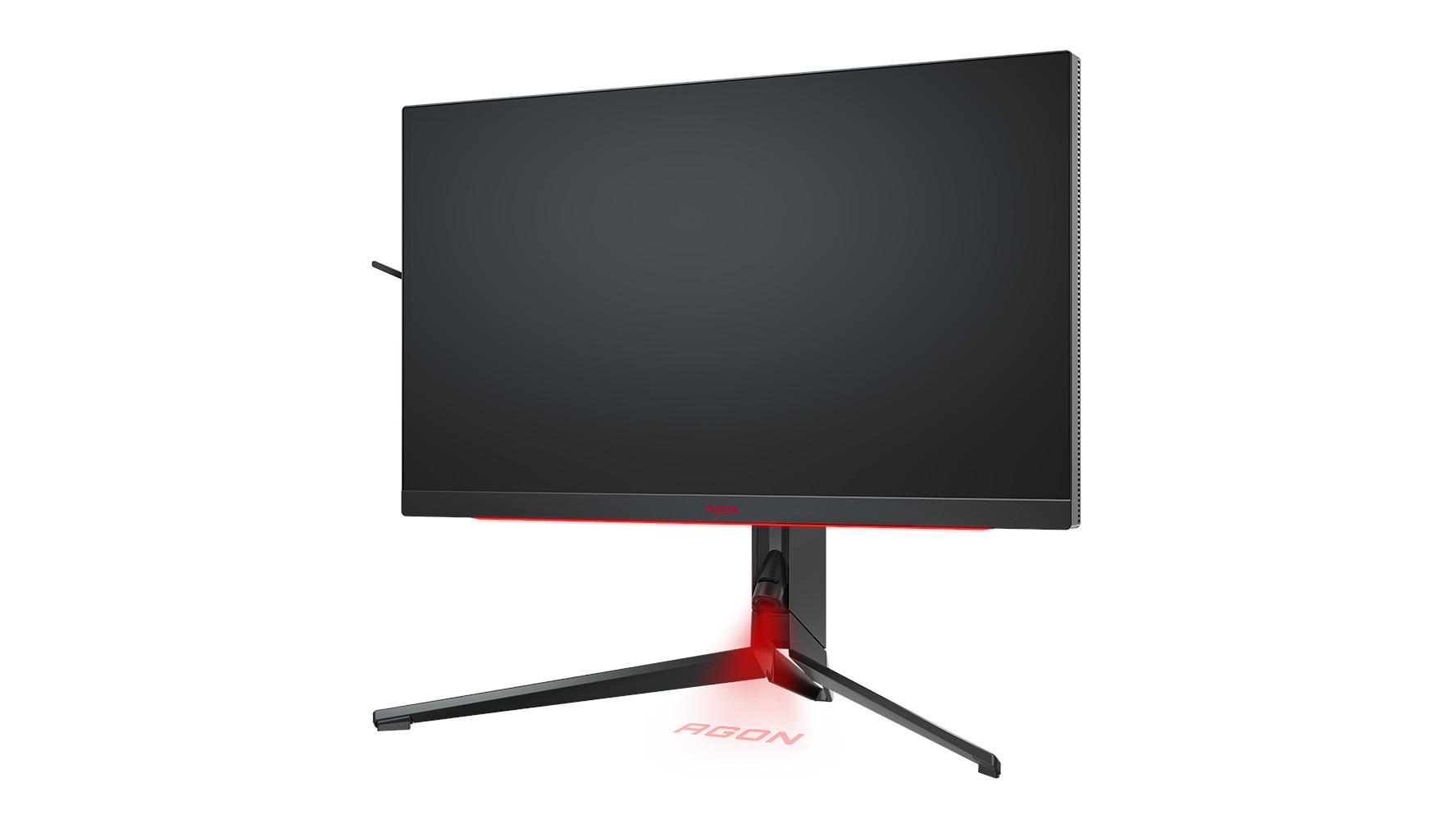 The Agon Pro AG274QGM gaming monitor is a 27-inch IPS screen with a 300Hz refresh rate which is backed up by Nvidia G-Sync Ultimate support. This means it’s capable of delivering superfast frame rates thanks to that refresh rate, and also that any tearing nastiness is mitigated by G-Sync, for an overall very smooth image (or that’s certainly the theory).

As you might expect, response time is very low at 1ms (grey-to-grey), and this monitor is built for competitive gaming. But it’s not all about slick frame rates, but also visual quality, with the Mini-LED backlight boasting 576 dimming zones, plus the panel is VESA DisplayHDR 1000 certified, allowing for some impressive punchiness and brightness, and no doubt some suitably compelling viewing.

In fact, the AG274QGM benefits from Nvidia’s ‘Digital Vibrance’ mode which Team Green showed off at CES, offering an “enhanced vibrance mode specifically tuned for esports” which uses Mini-LED to give SDR games an ‘HDR feel’ no less.

Indeed, this monitor is one of Nvidia’s new breed of 1440p ‘esports displays’ which up the ante from traditional 1080p now that more powerful Ampere graphics cards are capable of driving well over 300 fps in popular esports games.

Mouse in the house

The AOC Gaming GM510 mouse was also revealed, which is made to be as lightweight as possible (58g), and specifically to be comfortable (with a reduced number of contact points with the hand, courtesy of a ‘breathable’ design featuring a honeycomb pattern on the rear of the peripheral).

Analysis: Nvidia Reflex bonus with both of these peripherals

That mouse is nicely affordable for what it offers, and the monitor sounds like a very smart piece of tech, particularly as it is one of the new wave of Nvidia’s 1440p esports monitors with that built-in vibrance mode – we can’t wait to see that in action.

What’s also worth noting here is that both the monitor and mouse support Nvidia Reflex, meaning you can plug the mouse into the display and use Reflex Analyzer software to get a true end-to-end measurement of system latency. (The latter refers to how fast an action, like clicking the mouse button to shoot your gun, translates into actually happening on-screen – with Reflex tech this happens more swiftly).

By measuring system latency accurately in this way, serious gamers can identify potential issues with sluggishness and tweak their system to improve things, test again and refine further as needed.