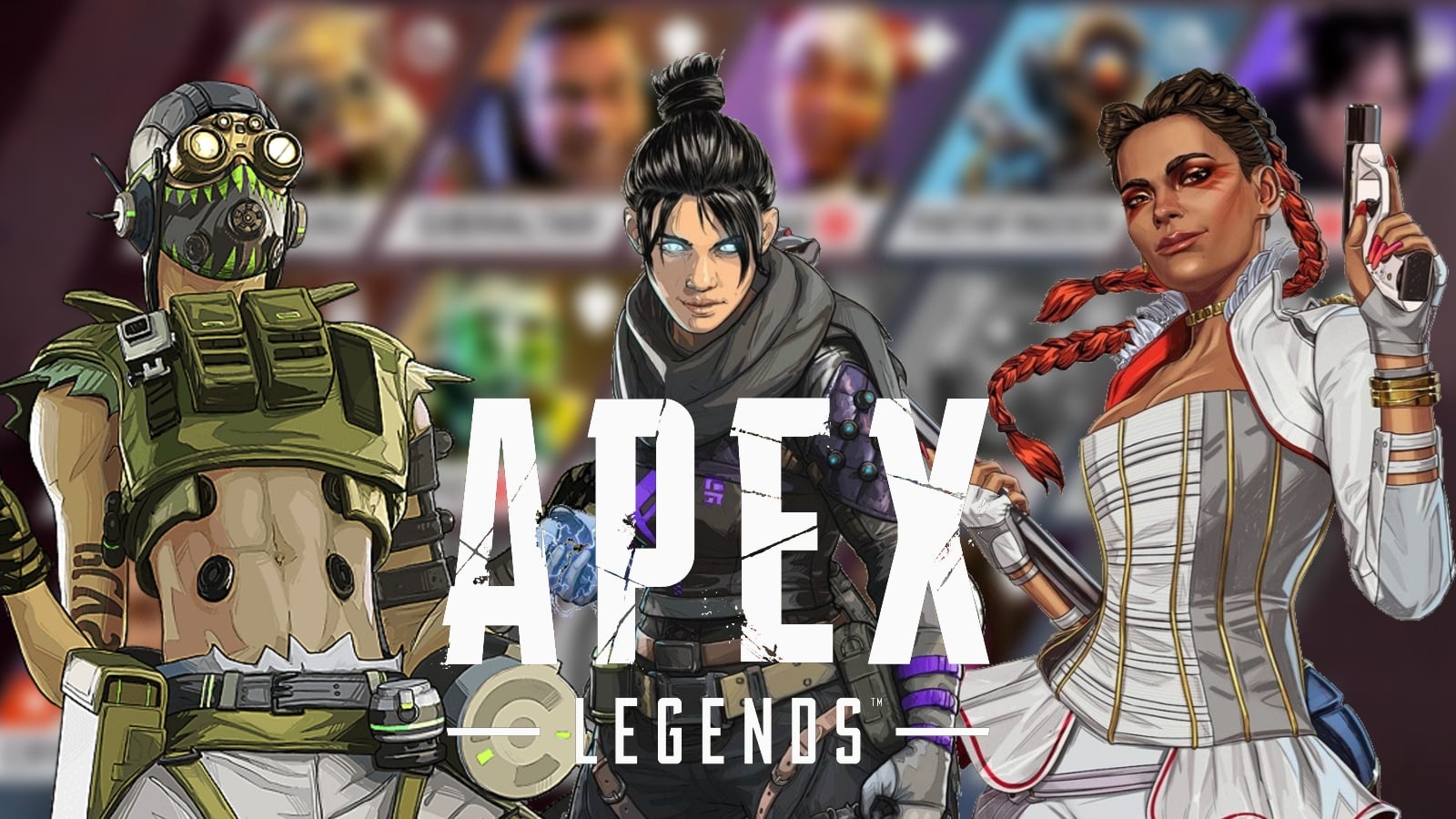 Wondering about Apex Legends pick rates and, in turn, who Season 12’s most popular and played Legend is? We’ve got all of the details and numbers right here.

This information is based on a database of nearly 8 million Apex Legends players, and while this isn’t the total player base, it’s a very good sample size. These stats don’t indicate who is ‘the best‘ overall, instead, they highlight which Legend is currently most popular to play.

With Season 12 well underway, we’ve decided to extrapolate all of the data provided along with everything you need to know regarding Apex Legends Season 12 pick rates, including who’s the most popular and any sneaky surprises, too.

Wraith is now the second most picked character behind Octane.

Here are all of the current pick rates for each Legend as of March 11, 2022. Make sure to check back weekly, as we’ll keep you updated as the percentages change and pick rates fluctuate.

This information was obtained via ApexLegendsStatus.

The most used Legends in Apex Legends Season 12

The battle for Apex Legends Season 12 Defiance supremacy is ongoing, but some things don’t change with Octane and Wraith currently leading the pack as usual.

As with the start of most new seasons of Apex, the new Legend, Mad Maggie, entered the fray strongly with double-digits pick rates. But now that the season is finding its stride, her pick rate is continuing to drop. A few weeks into the season and she’s dropped to 14th place, standing at just a 3.1% pick rate.

Valkyrie is proving resolute for the time being by remaining steadfast in 5th place, showing she’s clearly become a fan favorite. Whereas some of the other tops spots are currently occupied by long-time favorites of players.

Each Legends’ popularity has fluctuated over time since May 8, 2021.

The above chart shows the movement of pick rates since May 2021 – Horizon has picked up slightly thanks to her buffs in Season 10, while Bloodhound has recovered from their slight dip after the introduction of Seer to become the de facto recon cahracter.

Ever since Wattson’s massive buff, she has slowly risen up the ranks and is no longer the least picked Legend in the game. That honor now belongs to Rampart.

Loba’s pick rate has slowly started to pick up thanks to her bracelet buffs, moving her into the top half of the list.

As previously stated, a higher pick rate doesn’t always equal a more effective Legend, but the current build of the game has seen the same few characters occupy the top four for a while now. Here are the most played Legends in Season 11.

Valk’s aerial abilities are a godsend in certain situations.

When you’re hemmed into a corner or a desperate predicament, having a Valkyrie in your squad could be vital. Also, if you need to rotate and get out a bad spot, again, it’s incredibly useful to have Valkyrie’s Skyward Dive Ultimate.

This will be a big reason as to why she has a 8.3% pick rate in Apex Legends Season 12, plus, a hefty salvo of missiles won’t go amiss either.

Despite being nowhere as effective as he was back in his prime, Pathfinder still manages to be the top mobility-based Legend in Apex Legends with an 8.1% pick rate. Ever since Season 5, Respawn has continued to adjust Pathfinder’s abilities, while also giving other recons (Bloodhound, Seer, Crypto & Valkyrie) his original ability to scan for upcoming ring locations.

While these events have lessened his overall effectiveness, he still manages to be one of the highest-picked characters in Apex.

Bloodhound’s scans make them the best recon Legend in Apex.

While Seer may have taken the title of ‘Best Recon Legend’ early on in Season 10, that time was short-lived. Bloodhound is an irreplaceable Legend thanks to their tactical ability ‘Eye of the Allfather’, which offers unparalleled tracking and information for any team. This is a huge reason why Bloodhound boasts a healthy 10.9% pick rate in Apex Season 12.

Not only that but ‘Beast of the Hunt’ is an excellent traversal technique, especially if you need to escape the storm.

Wraith has been the most consistent Legend in all of Apex.

Wraith was the face of the game back at launch, and it’s easy to see why. Her abilities have yet to be replaced or challenged, with her portal allowing for smooth and strategic rotations. Alongside her phase, you can take more risks and still retreat with your life intact.

She has had some tinkering done, like the removal of the Low Profile attribute back in Season 9, but she remains as deadly as ever in the current state of the game. No evidence is as clear and obvious to this as her 12.1% pick rate. This currently leaves her as the second most-picked Legend in Repsawn’s battle royale.

Octane is a consistently high-picked Legend in Apex, despite the nerfs he’s received since the game’s release. His easy-to-use and highly effective abilities make for great solo play, but also means that he fits right in with team-based matches.

Since Season 12 was released, he has risen back up to the number spot, with a whopping 12.6% pick rate percentage.

Octane has been a fan-favorite in many recent seasons of Apex Legends and remains popular among pros and Twitch streamers. This could explain why he still retains such a high pick rate.

So, there you have it – the most played Legends and their pick rates in Apex Legends Season 12.

For more tips and tricks, make sure to check out our guides below: