Seer is a Recon Legend who can help his team detect enemies from small distances, but also create an area where everyone inside of it will be revealed turning the tides of battle in his team’s favor.

His tactical is Focus of Attention which allows Seer and his team to see enemies through walls after a short delay. His passive Heart Seeker is a unique radar on the center of the screen which gives an estimated location of an opponent, and lastly his ultimate Exhibit can be thrown in an area to reveal every moving or firing enemy to Seer and his team to see exactly where they are and their footsteps by creating a sphere around a certain radius. 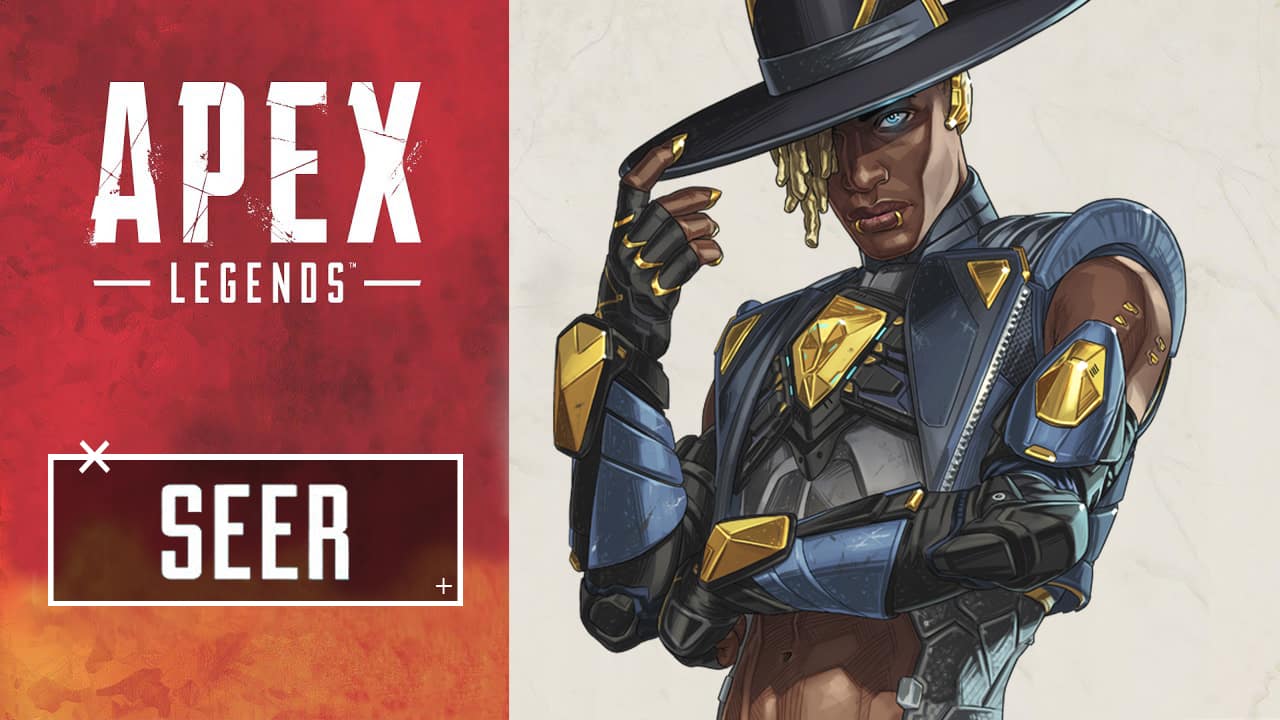 Before his birth, it was foretold that Seer would bring pain and suffering to the world–and the night he was born, a meteor barreled across the sky and struck his world’s moon. It was considered a bad omen, and when the pale blue eyes of Obi Edolasim opened, his community saw a cursed child. His parents did not; they loved him unconditionally because they saw the true empathic, creative soul of their son. They even supported him when he was drawn to the theatricality of the Arenas, where he could express himself fully.

At first, the crowds felt unsure of him. But over time, with each victory, the power inside him grew, and with it, his strength in the Arena. And as his reputation began to precede him, a strange thing happened… The people in the crowd who were downtrodden, outcast, and forgotten—they saw themselves in Seer. Soon, throngs of people would come out just to see him fight—cheering Seer on as their champion. Now, this legend from the Arenas is making his way to the Apex Games and there isn’t a single soul who hasn’t already heard his name. The boy born under a bad omen and a terrible myth has taken this tale and created an even greater legend. He is Seer— an icon of the shunned, the unaccepted, and the unabashedly original.

How to Use Focus of Attention

Focus of Attention can be used in combination with Seer‘s passive so he can give information to his team and let them know where his enemies are, especially useful midfight when enemies are trying to go into cover since this ability can work through walls and obstacles.

There’s a small delay before Seer can cast his tactical so it’s better to use it behind cover, or when you see the enemy is trying to escape.

Because the silence is very short if you are looking to use it aggressively you should wait for your team to attack first, follow up with a strike from your tactical, and then join the fight with your weapons.

The most important thing about this ability is the Health Bar that appears above every enemy that is caught inside Focus of Attention, helping you and your team determine which enemy to prioritize and give you an edge.

How to use Heart Seeker

A very easy and straightforward ability to understand, Heart Seeker gives Seer the chance to ambush enemies, or let the player know where the closest danger is.

The radar has an orange hue and spikes towards the direction of the enemy.

You can also hear the heartbeats of your opponents which blends in nicely with the visual aid.

When the heartbeat begins to sound louder it means the enemies are closer.

Enemies that have full HP will cause the radar to spike slower and the lower their health the faster it will go, this gives a good indication to the player which enemy to prioritize. (Shields do not count, only flesh HP)

How to Use Exhibit

Exhibit is a very interesting ultimate as it can be used both defensively but also offensively.

If you are looking to use it offensively you can do so after you have used your tactical first and then follow up immediately with Exhibit so you can never lose sight of your opponents.

If you want to use it defensively simply throw the ultimate next to you and hold your ground, preferably in corners since enemies tend to pop out hastily and show their whole body ready to take shots.

The logic behind this is because you can see the enemies being marked and their footsteps even behind walls.

You and your teammates will have a message in the center of our screen that says how many enemies are inside Exhibit’s zone so you can plan accordingly.

The best moment to use Exhibit is when you are inside a building and the enemies are trying to push you, what you have to do is simply drop your ultimate next to you to know where they are in case they try to push, more experienced players might wait it out and then attack you, so be careful and do not rely solely on this ability.

Exhibit can be destroyed so try to place it in areas where it will be hard for enemies to shoot at it. 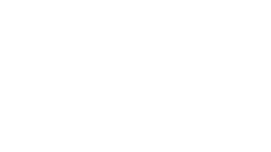 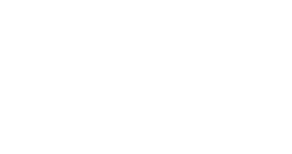 The Wingman is a perfect initiator for Seer and as he moves closer he can finish his enemies with the SMGs of your choice it’s a pretty straight forward and easy way to fight enemies as long as you keep close to your team and work more like a flanker rather than a head on attacker.

The most suggested optics for every weapon listed above is the 1x HCOG and sometimes the 2x HCOG Bruiser but the 1x HOLO and 1x-2x Variable Holo are solid choices as well.

NOTE: Since the Prowler SMG has gone into the Care Package rotation as of Season 7 but will return in Season 10, the R-99 is a very good alternative to use.

NOTE: After Season 7 a new hop up for the Wingman has been introduced, it is called “Quickdraw Holster” Hop Up which increases the speed of your ADS, Weapon Swap, and reduces Hip Fire spread.

NOTE: The “Skullpiercer” has been removed for Season 9.

NOTE: The “Quickdraw Holster”Hop Up has been vaulted for Season 10 and is replaced by the “Boosted Loader” Hop Up which can be equipped by Wingman and Hemlok, this new hop up features a reload function that adds more ammo in the weapon if the player chooses to reload it before near the end of the magazine but not at 0.

A very good loadout for initiating from long distances with the Rifles and then closing in your enemies with the Shotguns, this one is more suited for ambushes and third parties but also has suppressive potential.

You can switch up the Peacekeeper with the Mastiff Shotgun

if you like, it’s a fast semi-auto weapon that although it’s underpowered now it can still rival the Peacekeeper and has no leg damage reduction.

NOTE: The “Double Tap” Hop Up has been removed from the loot pool for Season 8.

NOTE: The “Anvil Receiver” Hop Up has returned to the loot pool for Season 8.

NOTE: The “Anvil Receiver” Hop Up has been vaulted for Season 10.

Since Seer’s abilities can not reach further than 75 meters because of how they work, the loadouts we suggest are the ones that make more sense in close to mid range combat thus he might be the only legend that can use LMGs efficiently.

Hemlok and G7 are for initiating or poking at enemies while the LMGs are for gunning them down with devastating firepower should the enemies make the mistake of running out of cover, or they can be used for suppressive fire.

The best scope for Hemlok and the G7 are the 2x HCOG Bruiser and 3x HCOG Ranger.

Rampage can equip a Thermite Grenade and increase its fire rate by 30%, very useful after Seer has used his tactical or ultimate.

The best scope for Devotion is the 2x HCOG Bruiser and then the next one is the 1x-2x Variable Holo but you can also use 1x HCOG and 1x Holo.

As for the Rampage you can go with all the scopes mentioned above but you can also give it a try with the 3x HCOG Ranger.

NOTE: The “Turbocharger” Hop up is back in the loot pool for Season 8 and can be used on the Havoc and the Devotion.

NOTE: The “Double Tap” Hop Up has been removed from the loot pool for Season 8.

NOTE: The newly added “Boosted Loader” Hop Up can be equipped by Hemlok, this new hop up features a reload function that adds more ammo in the weapon if the player chooses to reload it before near the end of the magazine but not at 0.

How to Play Seer

Although being a Recon Legend Seer’s abilities allow him to be close to his team and to his enemies giving his squad the advantage in numerous situations such as defense, offense, and flanking.

He can become a vital member if the player is skilled enough since his abilities are skill shots (abilities that require aim).

His tactical is very useful for third partying but also in mid fights, it has a decent cooldown but not small enough to be spammed so you have to be sure when the perfect chance to use it is, a good indicator that can help you aim where to place your Focus of Attention is the Heart Seeker.

Heart Seeker allows you to detect enemies when entering ADS mode (Aim Down Sights) and can be toggled with the Character Utility Action.

A circular radar will appear on your screen spiking towards the direction of the enemy, the higher their HP the slower it will fluctuate and the lower they are the faster it will go, giving a good sense for the player on where to focus their next hits.

It also has a hearing aid that mimicks the sound of a heart beat.

Seer’s tactical might seem like it has a strange shape but in reality, it works like a cylinder that is being laid down horizontally, also it goes through walls and can track all the enemies that are inside.

It even reveals the color of their shield their HP and how much they have to the player and their team.

His ultimate can come quite handy in sticky situations when you are being pushed in a corner or inside a building and you are lacking a defensive legend, seer can provide a few moments of intel if you decide to throw it on your feet.

Or you can choose the aggressive route and throw it behind an obstacle where the enemies have taken cover.

The downside to this ultimate is that if the enemies crouch walk they will not be detected so you have to use it in combination with his tactical.