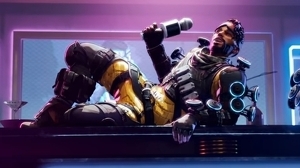 Well, it sure looks like that Arena mode leak from last year was correct, as the latest trailer for Apex Legends’ new season has dropped – and it’s teased something called “Arenas”.

Following on from the reveal of new legend Valkyrie, the Legacy Launch trailer shows the usual cast of legends fighting their way through various combat situations, before Ash (a simulacrum pilot from Titanfall 2) bids viewers welcome to “the legacy of the Apex Predators” known as “the Arenas”.

A phrase that the trailer description and developers are currently repeating is going “beyond battle royale”, which director Chad Grenier initially told me in an interview for the launch of Season 7.