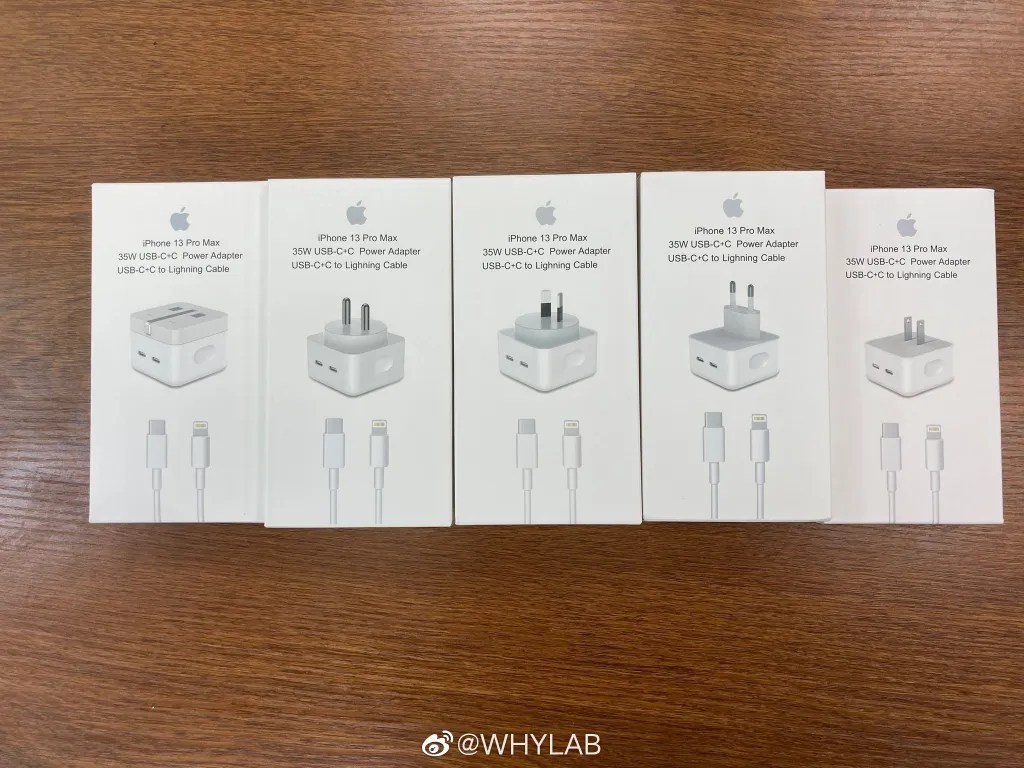 The most conservative smartphone industry for fast charging must be Apple, even once deeply disturbed by the explosion of Samsung, this year’s flagship are using a 45W fast charging head, but Apple’s iPhone has not even reached the power of 30W, and the charging head to take out a separate single sale.

This situation is expected to be changed in this year’s iPhone 14. According to a report, Apple is expected to launch a dual-port 35W dual USB-Type C interface gallium nitride charger this year, and today, the leaked Apple 35W charger packaging box and live photos.

According to the physical picture of the Apple 35W dual Type-C GaN charger brought by Weibo blogger WHYLAB, the charger is available in “single charging head” and “charging head + C to lighting cable set”.

The box is also marked with the words iPhone 13 Pro Max 35W USB-C+C charger, one of which has foldable pins, because each country has different plug standards, so this charger also has a different style in terms of appearance, but the power and function are the same.

Apple analyst Ming-Chi Kuo has been tweeting predictions about the new charging head for a long time, saying that the product will use gallium nitride technology to achieve a smaller, lighter form factor and that the charger is close to mass production and will be released sometime in 2022. All indications are that Apple will put this charger on the shelves this year, but of course, it will be sold separately.