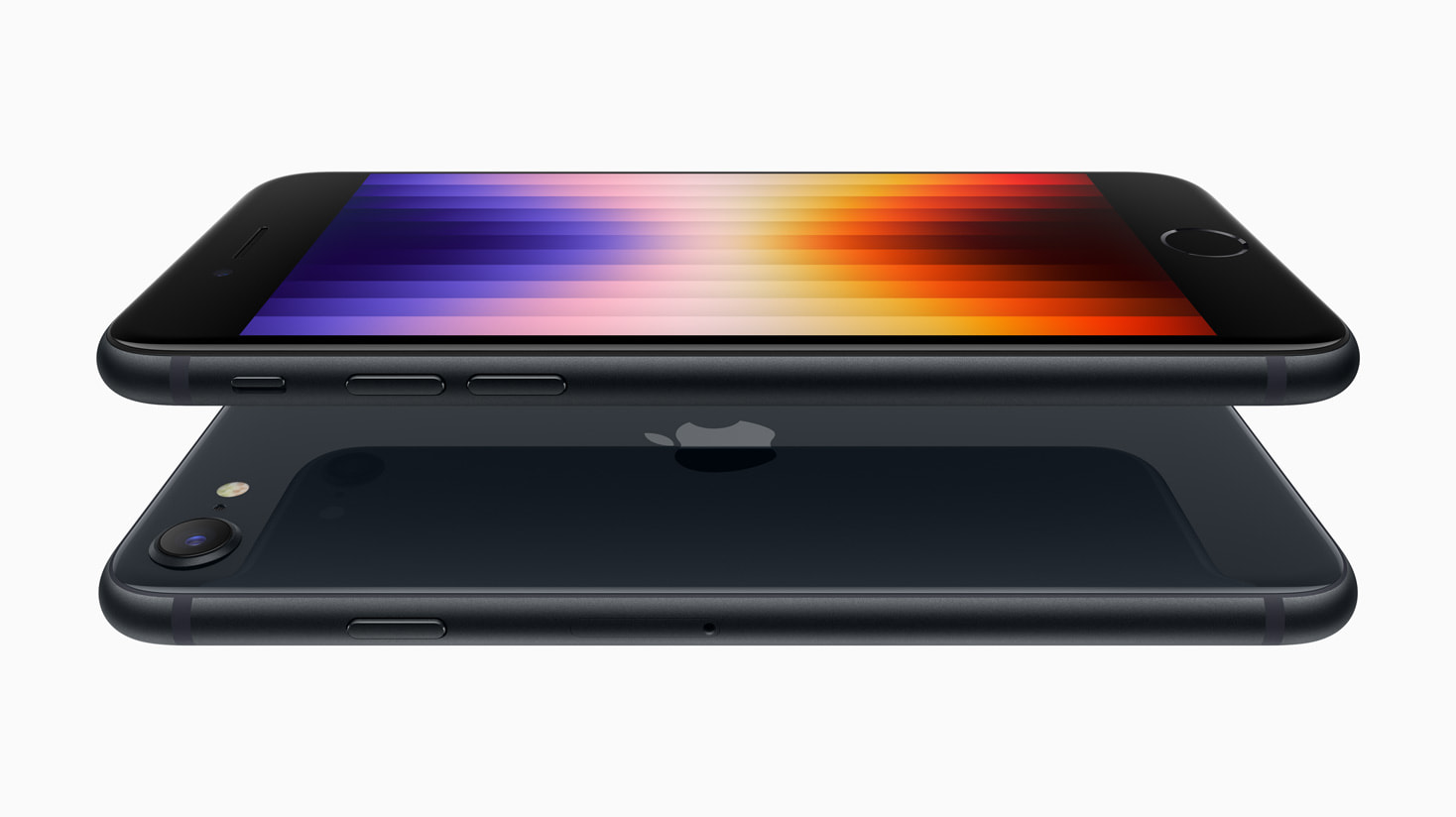 Besides the launch of the new color scheme of the iPhone 13 Series at the Apple Event, Apple also introduced iPhone SE 3 a.k.a. iPhone SE 2022. Officially, calling it just “iPhone SE”.

The new iPhone SE still follows the appearance of the old model, which appeared as early as the iPhone 6 era, and has been used for so many years, so it is “classic” enough.

The size, length, and width are 138.4mm and 67.3mm respectively, thickness is 7.3mm, weight is 144g, which is an exception in today’s cell phones, while supporting IP67 level splash resistance, Touch ID fingerprint recognition function is also not absent.

The camera still offers a 12-megapixel rear-facing main camera with portrait mode, up to 5x digital zoom, and optical stabilization, while the front-facing camera is a 7-megapixel and supports 1080p/30fps video capture and portrait mode.

The processor is the most important feature of the Apple iPhone SE 3, it is equipped with an A15 chip, but not the full-featured version, with a 6-core CPU, 4-core GPU, and 16-core neural network engine.

5G network function is also not absent this time, and supports up to 19 5G bands, while backward compatible with 2G/3G/4G networks. And also supports Wi-Fi 6, Bluetooth 5.0, NFC, and traffic card functions.

The battery capacity will not be announced, as usual, Apple just said that it can reach up to 15 hours of video playback, up to 10 hours of streaming media playback, and 50 hours of audio playback.

In terms of fast charging, the 20W charger can charge up to 50% of the battery in 30 minutes, but it does not come with a charger as standard, and it also supports wireless charging.