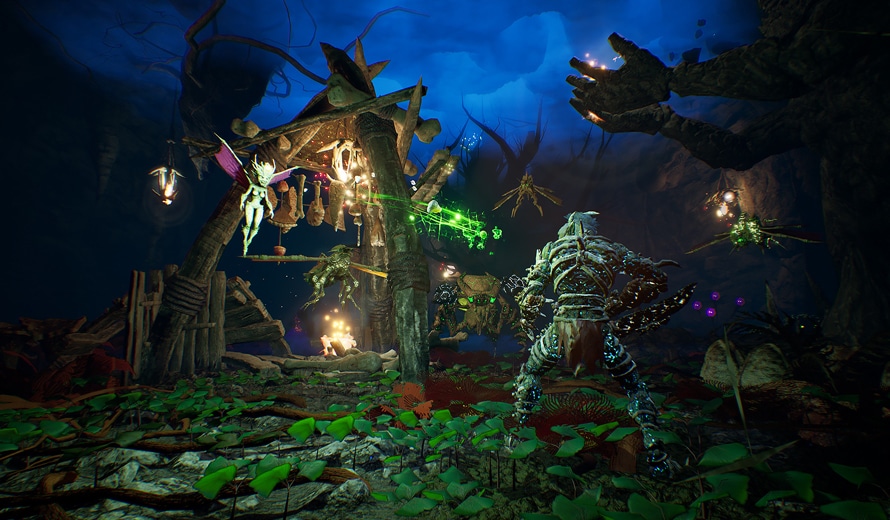 I’m a big fan of Soulslike games, and I’ve played the vast majority of them. But let’s be honest. A lot of the time they miss the mark for one reason or another, and end up feeling like copycat games that try to catch the specific bottled lighting that From Software seems to own the patent on. They misunderstand the Soulslike difficulty curve, or they replace Dark Souls’ subtle storytelling with lazy, opaque nonsense. Arboria, on the other hand, just steals some of the better Dark Souls’ mechanics, dresses them up in weirdness, and laughs at the improbable outcome.

Arboria is a Soulslike-Roguelite, a spoonful of word soup that should by now strike terror into my overtaxed critical heart, but the good news is twofold: Arboria doesn’t take anything about itself too seriously, and it does something smart with the roguelite mechanics. Instead of dying and restarting with the same character, you keep whatever abilities you’ve unlocked but start with an entirely new character for each run. Or, more precisely, you start each run by selecting from a roster of potential avatars with randomized stats, then spend your carried over-currency on upgrades. As a twist on the traditional roguelite genre, it makes a lot of sense, makes dying far less odious, and keeps things interesting as each run is somewhat unique. The dungeons are procedurally generated as well, further adding to the lack of repetition, a tortured grammar way of saying it isn’t generally boring. 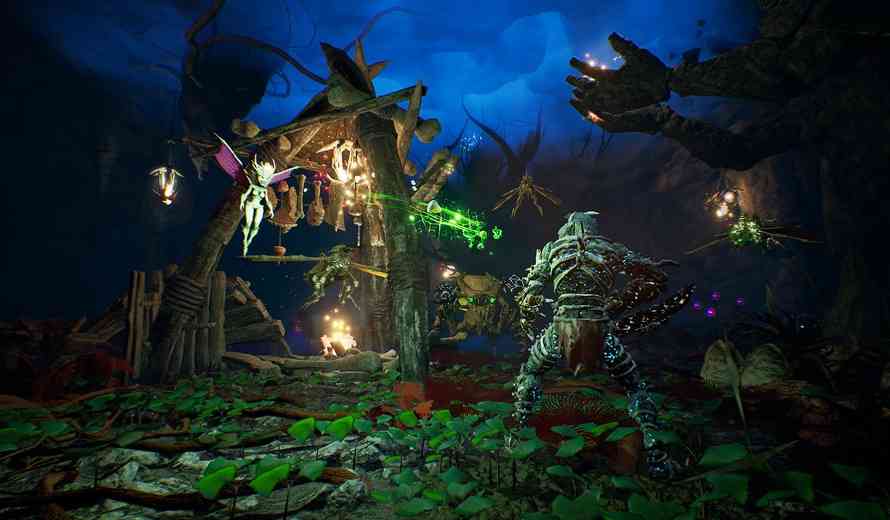 Absolutely oozing with weirdness in both its design and characters, Arboria’s premise is the stuff of ancient mythology, albeit with a healthy dose of satire and irony. Straddling the line between Games Workshop’s Orcs (or maybe Trollz) and some sort of Caribbean earth magic, you play as a Yotun warrior who is trying to save the world, in this case by curing whatever illness has beset the Father Tree and is corrupting the people. You enter the subterranean underworld, fight the monstrosities below, collect weapons and gear and the game’s mystical currency (called Veri), and make your way ever deeper into the dungeons. Your character has fast attacks and slow heavy attacks, of course, and most critically, you have elemental magic that counters specific enemy elemental weaknesses. Instead of an estus flask, you essentially take a bong hit to restore health, though of course Arboria euphemistically calls it something more arcane. In general, Arboria’s combat is enjoyable and rewarding enough, with the elemental magics and variety of weapons keeping things interesting, and the ability to lock on to an enemy helping with crowd control. Movement is fluid, though dodging and rolling are just a bit sluggish. Oh, and you have a little naked fairy named Rata as your cheerleader, guide and non-combatant companion who is the vessel for your collected Veri.

The better each dungeon crawl, the more vendors and options you unlock in the swampy Votun village. The challenges and rewards escalate as you go deeper into the underworld, though there are a fairly limited number of enemy types. There are healing shrines and special wave-based combat events that you can trigger by opening chests or small arena battles you can initiate by spending Veri. Although the combat is more proscribed than in some ARPGs, it’s addictive and pretty rewarding, the mini-map is useful and the layout of the procedurally generated levels is generally logical. The biggest gripe might be that visually, the dungeons are primarily dark (perhaps not surprising), and though fluorescently colorful, need a bit more variety. 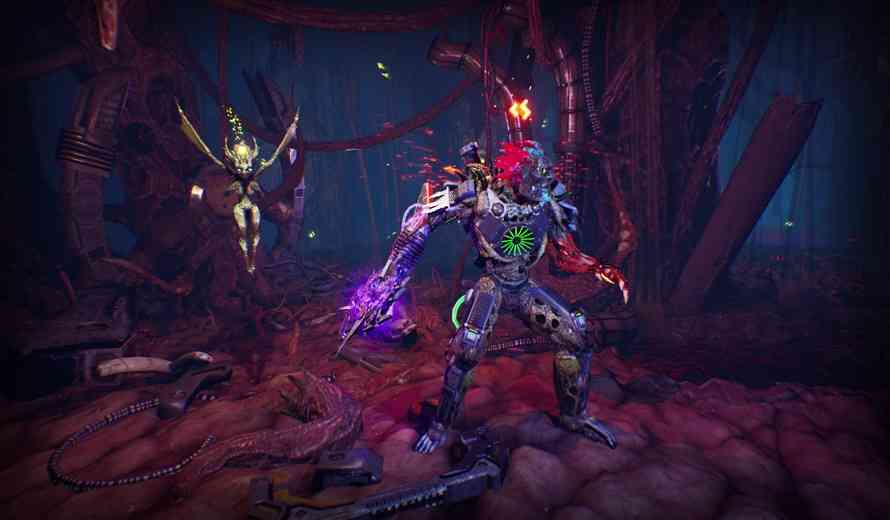 Although at first a little put off by it, I really came to appreciate Arboria’s very peculiar art style and creature design, which reminds me of monsters made out of droopy paper mache or maybe something from the early days of stop motion animation. They’re organic Steampunk collections of plants and trees with humanoid features, certainly lacking in thematic consistency but not in character. Likewise, I enjoyed Arboria’s sense of humor around its made-up culture and mythology and its refusal to take itself seriously. Any game in which the opening cutscene features a member of the tribe taking a leak on a sacred statue while the tribe’s leader intones a weighty narrative scores some points for being cheeky at least. The voice acting is entertaining if not entirely sensical and while the combat and environmental audio is decent, the game’s music is mostly ambient and subdued. 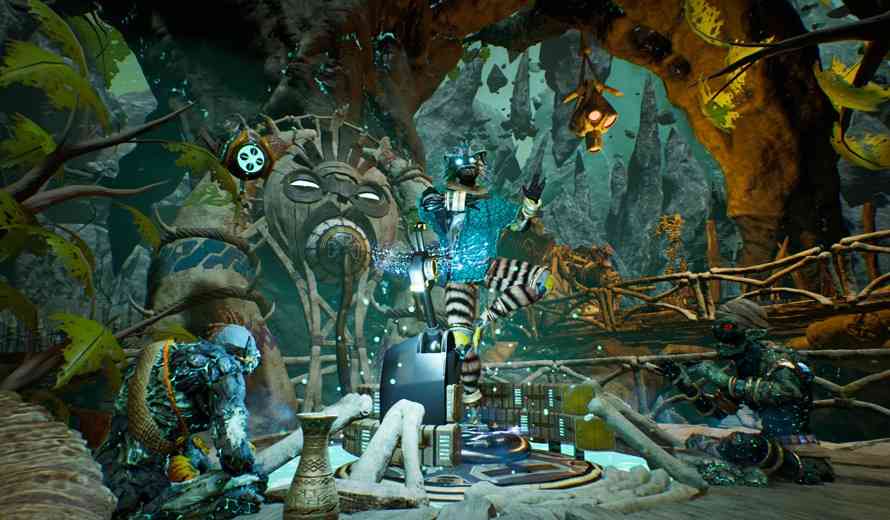 Arboria’s Souls-inspired combat is solid and it does some original things with the roguelike genre. It’s a modest title to be sure, but punches well above its weight when it comes to pure entertainment value. It’s weird and irreverent, doesn’t take itself too seriously, and all its systems work pretty well together. Arboria is one of those games that doesn’t try to do everything, but it has a distinctive approach to familiar mechanics and while it gets a little repetitive, it’s still fun for a good long time.

***PC code provided by the publishers for review***