Armored Core 6 May Be Coming Sooner Than Later

Armored Core 6 may have just been revealed through a consumer survey. A fan has claimed that he received a survey from the FromSoftware. This survey also revealed some early details about the next mech combat title.

The rumored installment remains unnamed for now. It is going to be the first full Armored Core title since 2012. According to earlier reports, it will have a “sci-fi world created by Hidetaka Miyazaki.” Fans are also expecting it to have a “three-dimensional, dynamic action,” as well as a “high degree of freedom in customization.” 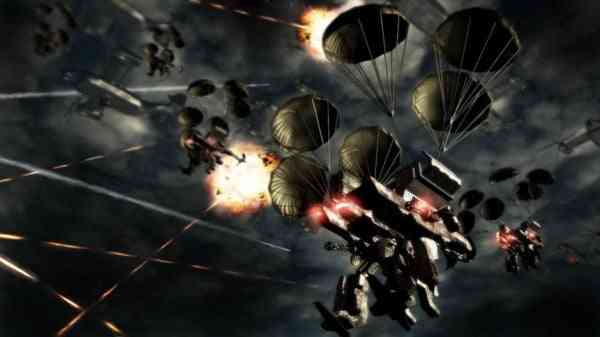 According to the supposed Armored Core 6 survey, it is going to be a third-person shooter that will allow players to “move around an overwhelmingly scaled map that represents a unique sci-fi world with dynamic mech action.” “You will face strong enemies and fierce battles, both long and short range, using guns and blades,” the survey read.

The lore of the story is reportedly all about different characters all fighting to obtain an alien substance. This item will reportedly “drastically advance human society.”

Back in 2016, Miyazaki confirmed to the gaming public that they were working on a “reboot.” Although he did not provide any specific information about this project, the hints were strongly pointing to Armored Core 6.

Years after, it would seem that FromSoftware included some screenshots and two 30-second previews of the upcoming Armored Core installment with the survey. “I was pretty amazed to be watching footage of an upcoming FromSoftware game randomly this morning,” the source revealed. “Quite unexpected!”

Unfortunately, the fans who did not get the surveys could not share the images since they had watermarks.

FromSoftware’s Elden Ring is launching soon. With that said, a sci-fi game like Armored Core 6 from the studio will be a good change of pace.

Are you excited for this game? Let us know in the comments below.

The post Armored Core 6 May Have Been Confirmed by a Consumer Survey appeared first on COGconnected.