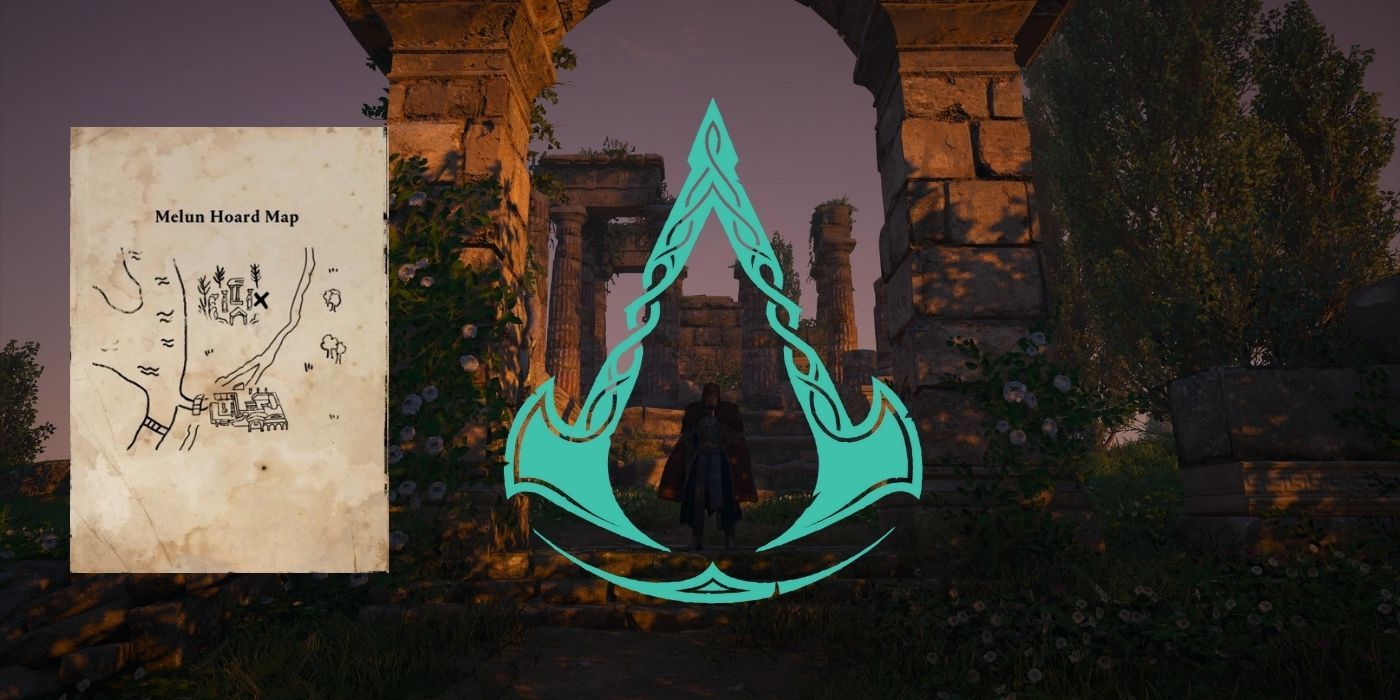 Each region in Assassin's Creed Valhalla has a treasure hoard map for players to find. This is only half the battle, though, as they must then be deciphered and followed to find the real treasure. With the Siege of Paris DLC taking Eivor and their player to Francia, there are a whole host of new maps to discover and treasures to hunt, but one of the first that players will find is the Melun Treasure Hoard Map. This can be found in the Melunois region of Francia, and here's everything players need to know about it.

Most of these Assassin's Creed Valhalla Treasure Hoard Maps consist of a hand drawn map of a region showing where the treasure is. The trouble is that these maps are rarely if ever very accurate, so players be willing to reach for the answer sometimes. Comparing the Treasure Hoard Map to the player's in game map is the best way to start the search.

Ironically, the Melun Treasure Hoard Map is actually harder to find than the treasure itself, or it would be if it wasn't marked on the player's map. Search for an area called Blihaut to the north of the Pruvinis fort area in Melunois, there's an artifact and wealth marker here that should make finding it easy. Once there, head behind the waterfall in the back and notice the weak spot in the wall.

Getting behind this spot can be somewhat difficult at first. If players have the explosive arrow ability, they can bust the wall open and grab the map, but otherwise they'll need to find an oil jar nearby. The only one reasonably close is behind a locked door to the right of the waterfall, and its key is in a wooden box next to the wall left of the waterfall. Behind the locked door is also the location of some Siege of Paris wealth.

Break open the wall and the map will be straight ahead. There is also a small chest in here that will provide players with some supplies to upgrade their equipment with. Assassin's Creed Valhalla players always need Fabric, Titanium, Iron, and Leather after all.

It can be difficult to tell at first, but the two bridges on the map above are actually right where the player is standing. Exit Blihaut and players should see a bridge right out front and a road leading north. Follow this road for quite some time and eventually it will fork left as shown above.

This road will take players to some of Valhalla's old roman ruins. Notice the two statues in front of the ruins, these correlate to the two shown on the Treasure Hoard Map. Head around to the right side of the structure and players should see a glowing light.

That's all there is to it. Simply approach the glowing light here and use the interact button to dig up the treasure. For their efforts, players are rewarded with the Ouroboros Scheme (Back) tattoo design.