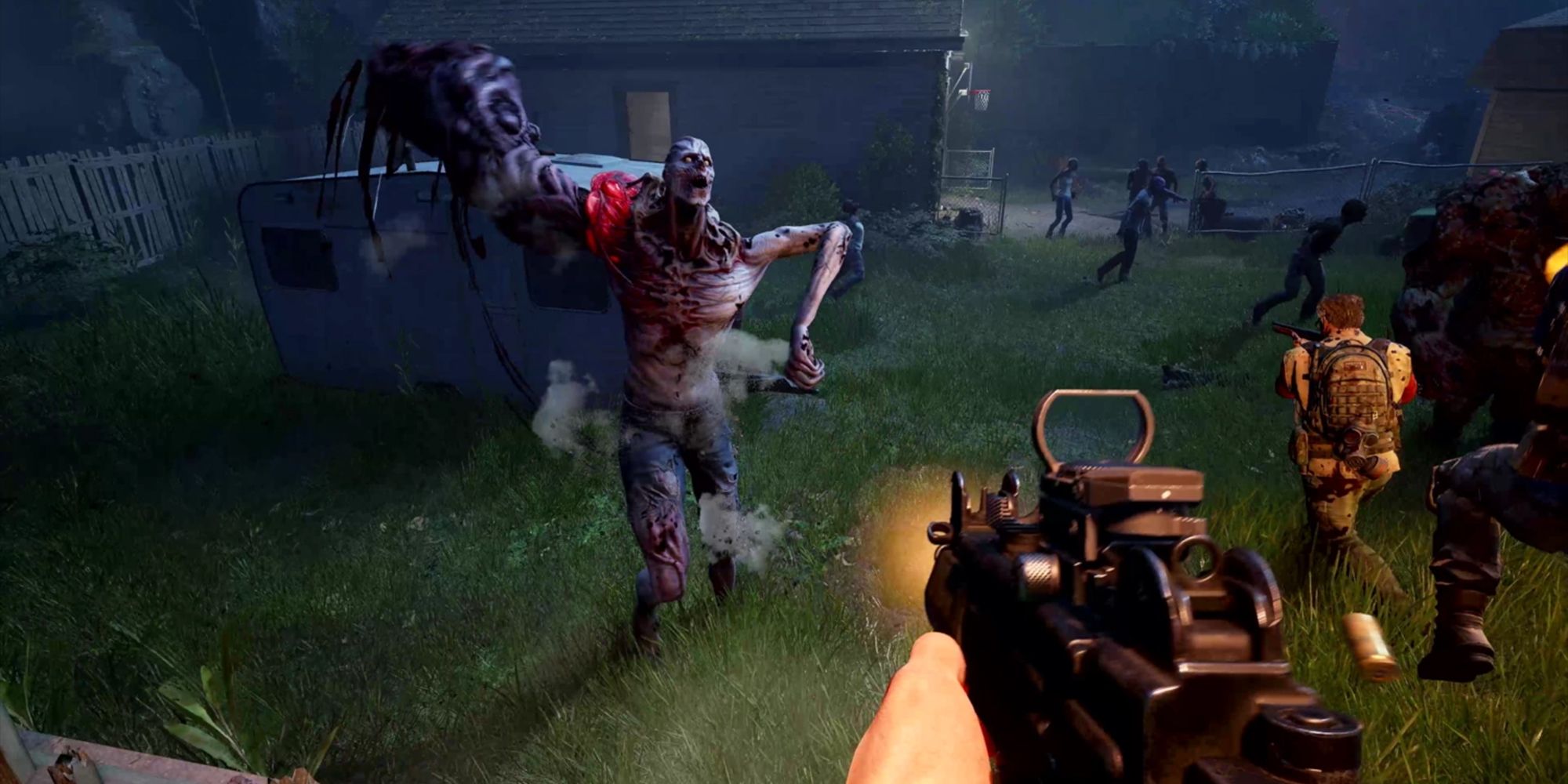 I did it. I managed to go literal months without so much as a glimpse at any new Back 4 Blood footage besides what was shown in its initial reveal trailer during the 2020 Game Awards. You see, when it comes to major releases that I go absolute fanboy over – some examples being Star Wars: The Force Awakens and Captain America: Civil War – I’m a bit, I suppose, precious. I do everything that I can to avoid any trailers, news, rumors, or anything else that might have the slightest resemblance to a spoiler. This allows me to be completely surprised by anything thrown at me, for better or worse.

Given my adoration and nostalgia for the Left 4 Dead franchise, coming into Back 4 Blood completely blind felt like the only course of action to take. Frankly, I was far from disappointed. Back 4 Blood picks up right where Turtle Rock left off nearly 12 years ago, feeling like an elevated and enhanced version of Left 4 Dead that both newcomers and longtime fans can enjoy.

There’s not a ton to be talked about that wasn’t already touched on in our preview of the game. This review will speak to more of the plethora of little things that Back 4 Blood does exceptionally well to create such a familiar, yet totally new Left 4 Dead-like experience. I know that Back 4 Blood isn’t a continuation of the Left 4 Dead series per se, but given its glaring similarities (and the fact that it was created by the same developer), it’s hard to avoid such a comparison. Back 4 Blood does, in fact, feel like its own game though, which has a lot to do with its progression system. But before we dive into that, let’s take a trip back to 2008.

Friday nights during my final year of college were typically spent with a group of us chowing down on Little Caesars and playing co-op Left 4 Dead before heading out to the bars. The scenarios and levels were short enough to allow us to hop in and have fun without taking all night.

Things are a bit different in Back 4 Blood. Levels are still relatively short, but each Act has many more than the standard four levels from Left 4 Dead. It’s much the same in terms of level designs and missions– rescue some survivors, scavenge for resources required to complete an objective (like gathering wood for boarding up windows), and do your best to avoid alerting a horde of zombies (called Ridden). However, there’s a freshness to the levels here and the overall gameplay helps to keep you on the edge of your seat.

A lot of this has to do with the small details that are present in the game. Holding off a horde of zombies in close quarters (specifically in the already fan-favorite level with the jukebox) is extremely satisfying thanks to all of the blood that sprays and stays on your weapon and your teammates. Seeing everyone drenched in the blood of your slaughtered enemies is gruesome and a great form of immersion.

Related: Back 4 Blood Is Available To Pre-Load Now On Xbox Game PassThe audio design is also incredible in Back 4 Blood, with headphone-wearing coming highly recommended to experience it all. The distinctive sound of the horde, with its snarls, scratches, and yells is one thing, but it’s quite another to be, say, in a quiet library or apartment building and here the gurgles of an Explorer or the slow stomps of a Tall Boy in the the room above or next to you. It’s those quiet moments of unsettling dread that elevates your heartbeat a bit while playing.

What really takes Back 4 Blood to the next level is its progression system. As you play, you’ll unlock cards that can be used to build decks. You’ll then draw from these decks one card at a time at the beginning of each round, with each card acting as some sort of buff to aid you and the rest of the team. These include things like reload speed and additional health, as well as situational cards such as increased health regeneration if you’re at critical health and manage to kill some of the Ridden. The longer you play, the more cards that you can use, including stacking the same card multiple times. Some players are unhappy with the system, but as a relatively casual player, I applaud it.

You’ll also be able to buy weapons and unlock cosmetics as you play – not to mention the four additional playable characters who automatically unlock after you complete the first act. The progression system is an extremely welcomed feature that was missing from the Left 4 Dead series. Greater rewards come with greater risk, meaning the higher the difficulty, the better chance you have at unlocking some pretty cool cards and cosmetics. This makes putting trust in your team that much more important, whether you’re playing with friends or being matched up with other random players.

Aside from some laggy moments, so far I haven’t really run into any issues with playing online with strangers. Sometimes matchmaking can extend up to six minutes, and there are plenty of players who quickly drop in and out, leaving you to take on levels with bot-controlled characters. For the most part, though, my experience on both the PvP and PvE side of things has been solid in terms of interactions with other players.

If you played Left 4 Dead, you’ll feel right at home. Back 4 Blood is a more mature and more bad-ass version of L4D, elevating every mechanic from the former series and making it better while adding in new features that makes playing far more rewarding.

I can’t wait for my friends from the former Friday night L4D group to get their hands on Back 4 Blood when it launches next week on Game Pass. We’ve already made plans to play together, meaning a large Little Caesars pizza is in my future.

An Xbox for PC code was provided to TheGamer for this review. Back 4 Blood will launch on October 12 for PS4, PS5, Xbox One, Xbox Series X, and PC.

Next: Metroid Dread Review – Dread And Loving It