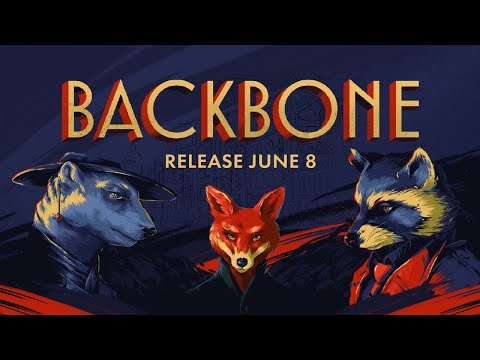 It’s a good year for fans of great games about anthropomorphic talking animals. First Biomutant brought some stellar post-apocalyptic martial arts movie action to the table, now the upcoming adventure game Backbone promises to follow that up with a grim post-noir adventure. Players will step into the shoes–or rather, paws–of Howard Lotor, a raccoon private detective whose dreary life is disrupted when he’s swept into a case unlike any other. Now he must explore an alternate, dystopian Vancouver as circumstances force him into conflict with the oppressive, systemic power hierarchies of the city. This is a world where everyone, from Ape to Rodent, has a place, and the system will make sure you stay there–even if that place is six feet under. Needless to say, this game has an incredibly ominous atmosphere, and this dialogue-free trailer does a fantastic job of showing off that oppressive, smothering tone.

We really didn’t expect the game’s intricate pixel art, powerful soundscape, and oppressive atmosphere to work so well together. The idea of talking animals living in a seedy dystopian city suddenly feels a lot less funny. Let’s hope there’s an option to get Howard out of this mess intact.

Backbone will be available for Xbox Game Pass for PC via the Windows 10 Store, Steam, GOG, and the Epic Games Store on June 8th, 2021, with console releases coming later this year. Backbone: Prologue is now available on Steam.

What’s your favorite game about anthropomorphic talking animals? Let us know down in the comments, or hit us up on Twitter or Facebook.

The post Backbone the Animal Noir Adventure Game is Coming to PC This June appeared first on COGconnected.