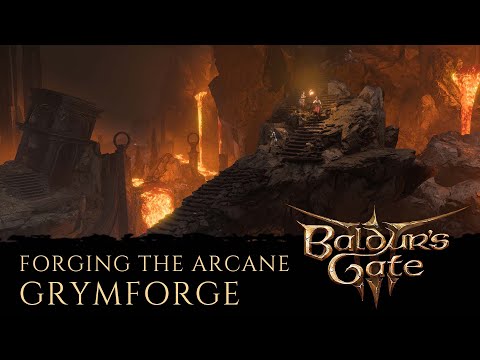 Larian Studios has been regularly updating Baldur’s Gate 3 while the game is in Steam Early Access, and this sixth patch is the largest one to date in terms of content being added. The Sorcerer class is coming to Baldur’s Gate 3 along with the new Grymforge region and significant graphical upgrades.

This new region will take players beyond the previous Early Access end point while introducing new characters, quests, and enemies.

The Sorcerer class is for those who want to become masters of magic. It’ll be adding new spells to the game, including the signature Metamagic ability that allows players to adjust and adapt spells mid-combat. This means targeting two enemies at once, changing spell ranges and durations, and making use of other spell variations.

The Sorcerer class also brings two new subclasses to Baldur’s Gate 3. As a Sorcerer, you can embrace chaos with the Wild Magic subclass, which applies a random effect to your character that can range from igniting everyone around you, to gaining a teleport as a bonus action.

The second subclass, Draconic Bloodline, has you hail from dragon ancestry. Having dragon blood comes with perks such as spell benefits for the element of the dragon they descend from — fire, acid, lightning, cold, or poison.

Check out the trailer below to see a bit of the new Sorcerer class and Grymforge region in Baldur’s Gate 3.

You can read the patch notes in full on the game’s official Steam news page. And if you want to experience the game while it’s part of Steam Early Access, you can purchase and play it through the game’s store page.