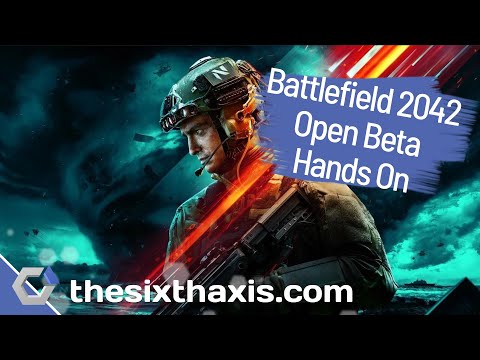 EA Dice has issued a warning to those playing the Battlefield 2042 beta. This follows reports of a harmful glitch that could effect those who suffer from photosensitive conditions.

Over the weekend, DICE held an open beta for their upcoming shooter sequel. However, Battlefield 2042 players raised concerns after witnessing a glitch causing the screen to flash.

Having seen the glitch first hand, we can confirm that it occurred several times during a single match.

In response, the Battlefield 2042 Lead Community Manager confirmed that the dev studio has become aware of the issue.

A post over on the official Battlefield forum goes into more detail:

We’re aware of rare instances of a visual issue which can cause effects in the game to display as full screen flashes of white light. This is unintended and is being investigated by our teams as a matter of priority to uncover its root cause. We are not anticipating that fixes can be developed and released prior to the end of our Open Beta. Warnings relating to those with Photosensitive conditions are not present in our Open Beta, and we encourage those managing photosensitive conditions exercise caution when playing, and to refer to our notices around Epilepsy on our EA Website.

The same post highlights other issues players have flagged during the Battlefield 2042 open beta including controller problems as well as difficulties getting cross-play parties to work.

Of course, with this being a beta test, there’s still time for EA DICE to iron things out while also tweaking visuals, audio, and game balance, using feedback collected from the BF 2042 community.