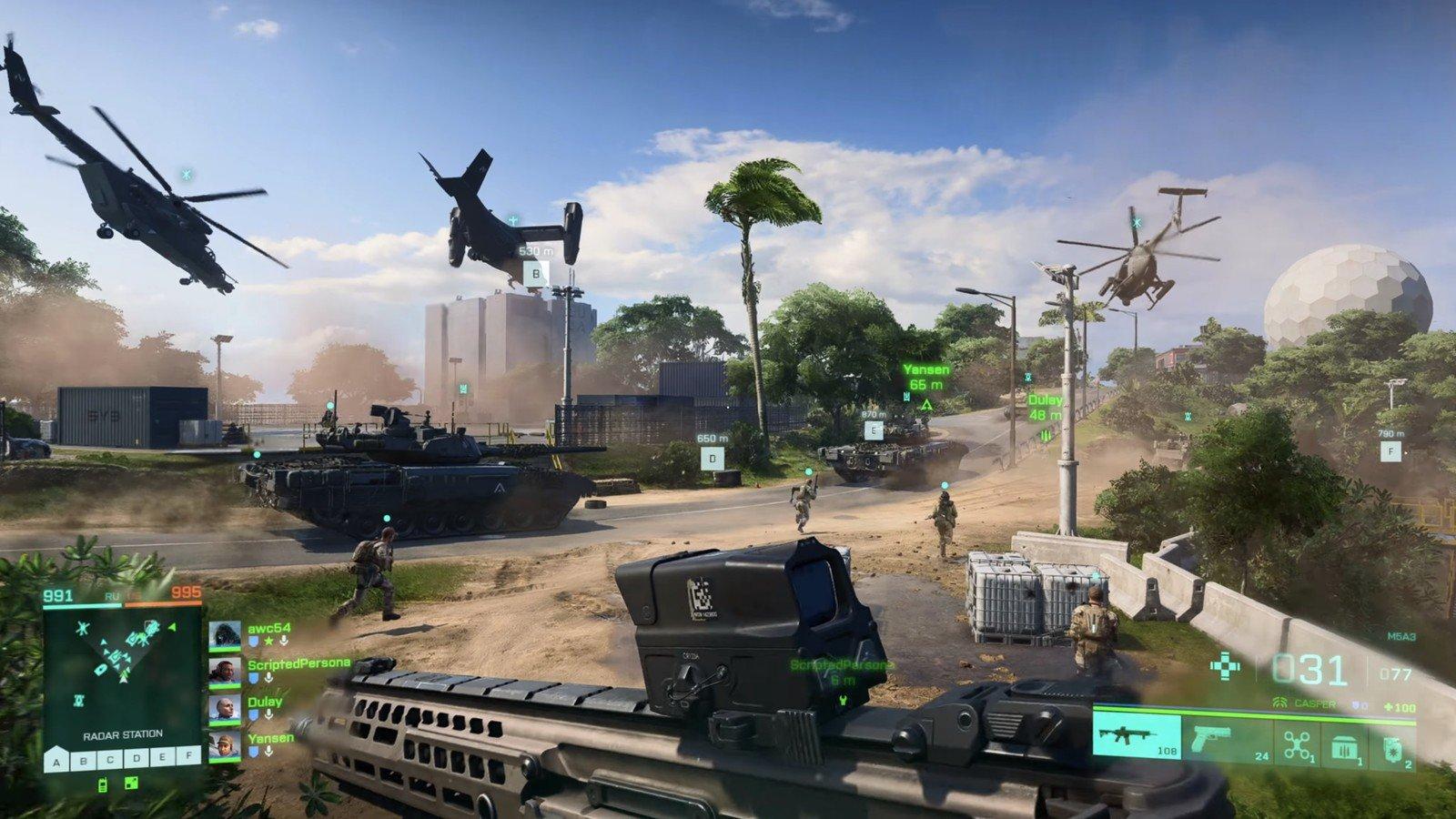 Battlefield 2042, the latest to come from DICE and EA in the long-running series, is releasing very, very soon and marks a return to the more modern setting of 3, 4 and Hardline after 1 and V’s focus on the First and Second World Wars. Gamers already got a taste of the upcoming title, though it wasn’t met with the warmest of responses for some issues that have apparently already been fixed, there is still a significant amount of hype nonetheless.

When will Battlefield 2042 be released? It will be released later this year on November 19. 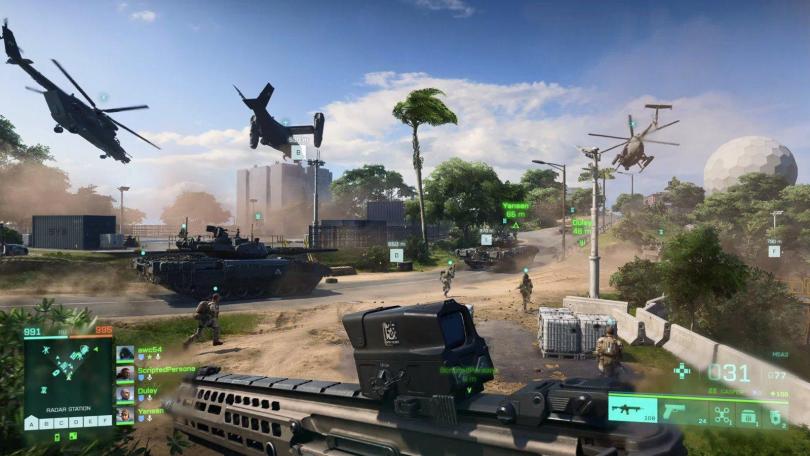 Fans will be able to get their hands on Battlefield 2042 this November 19th, and as a fan of Battlefield 4, 1 and V, it will be interesting to see what the game will be able to do. Personally, the setting is quite interesting, set not too far in the future, but not in the past as the last few games, and hopefully, unlike another title, it won’t need to be released in the same year as its title because of poor technical performance.

Battlefield 2042 will follow the previous titles and most first-person shooter blockbusters in being released in the final few months of the year and will be released one day before Battlefield V’s release day of November 20th. 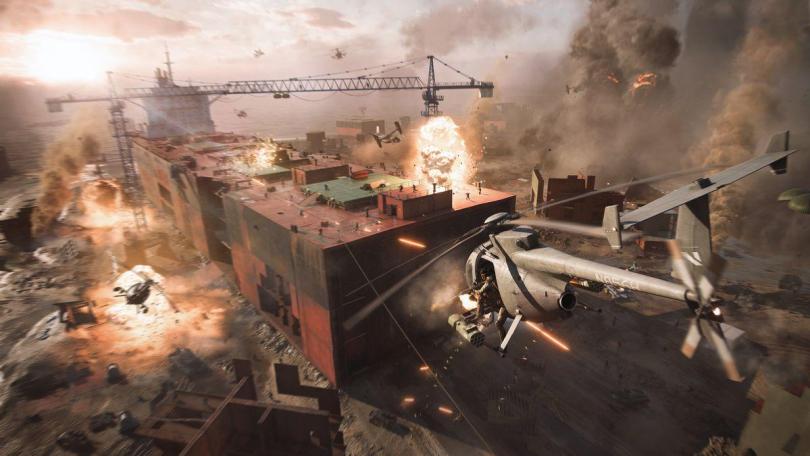 Initial reports have stated that Battlefield 2042 will have a file size of 50GB, but on the game’s Steam page, it is stated that at least 100GB will be required to be able to install the game on PC systems, and this is without taking into account what a possible Day 1 patch could add.

In comparison, the Open Beta for the game was already 20.731GB on PS4 and 17.7GB, which may be alarming to a lot of players whose storage is already taken up by a lot of similarly huge games like the infamous file sizes of the recent Call of Duty games. 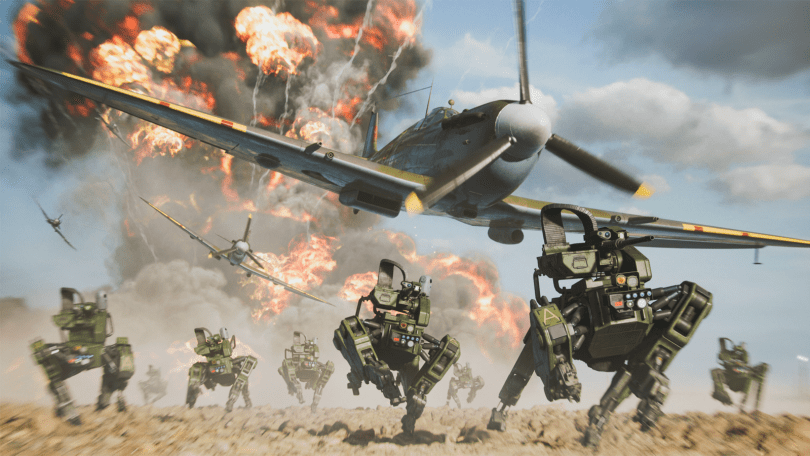 Thankfully, Battlefield 2042 will release on both the last generation and current generation of consoles, showing up on the PlayStation 4, PlayStation 5, Xbox One, Xbox Series X/S, and on PC platforms. Fortunately, it will be cross-platform, although the Playstation 4 and Xbox.

One player will have to live with only 64 players in comparison to the new generation and PC’s capacity of 124 players, with a few bots left to fill out empty slots in games in case there are any.

Sadly, it won’t be available to play on Nintendo Switch systems. Many popular franchises are noticeably absent from Nintendo Switch platforms, with previous games in the series not being available on it in addition to other popular First-Person shooters like Call of Duty and Titanfall.

The review embargo for Battlefield 2042 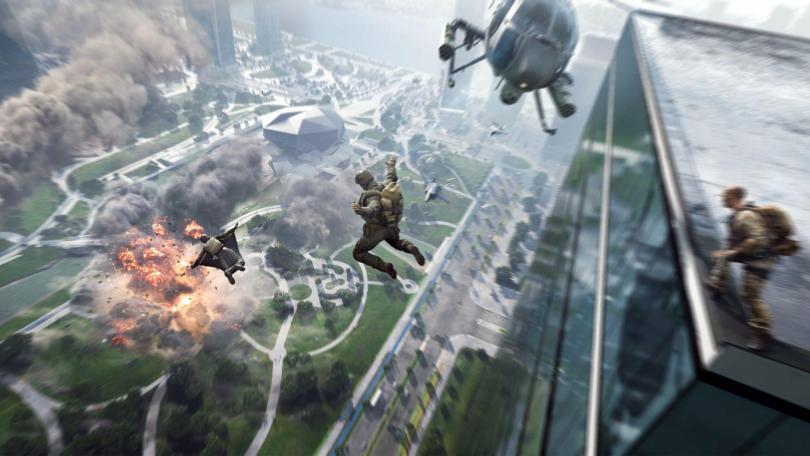 There haven’t been any updates with regards to when reviews for Battlefield 2042 will come out, but we will track what happens and update if necessary. We are likely to review the game when it does come out, as it looks like a really interesting competition for Call of Duty.

Vanguard, though neither, have gotten that much positive reception from their beta periods. A lot of people, including me personally, are hoping that this game ends up as a resounding success, especially given the more unique aspects of the title when compared to the last Battlefield games.

There will be NO campaign mode in Battlefield 2042

In a shocking turn of events, for the first time in the entirety of the series, Battlefield 2042 will only have Multiplayer modes, and its story will be told through videos and short films that only last a few minutes in addition to the multiplayer gameplay.

On the Battlefield YouTube channel, Irish, played by the late Michael K. Williams, made a return to the franchise, in addition to another Battlefield 4 character, Pac, with the release of the short film, Exodus.

One can expect more of the game’s story to be revealed when it comes out. While not every campaign in the Battlefield series was perfect, they were still amazing and had a lot of entertainment value.

What’s new with the game?

Instead of the usual four possible kits to use, the overhauled class system doesn’t include

modifying weapons before entering battle. There is a new focus on a feature known as “Plus” that allows a player to modify their weapons in-game, allowing for weapon modification in the middle of combat to switch up your strategy on the go. The new specialist system is a change that is yet to be seen as either beneficial or harmful to the game. Wingsuits will also be available to use when jumping from the maps’ very high buildings. In addition to those, there will also be storms and tornadoes that will help make matches even more intense, with the usual environmental destruction also being present, though with some maps having major changes as a result of the players.

While there sadly won’t be any campaign, the game will feature a new game mode, known as Battlefield Portal. Through this game mode, you can bring tanks and planes from the First and Second World Wars into 2042, allowing you to create any battle you dream of. Players can make their own rules, with an unlimited number of possibilities for gamers to merge the past and the future. This one game mode is likely to be the one that will get players interested due to the ridiculous amount of potential it has. 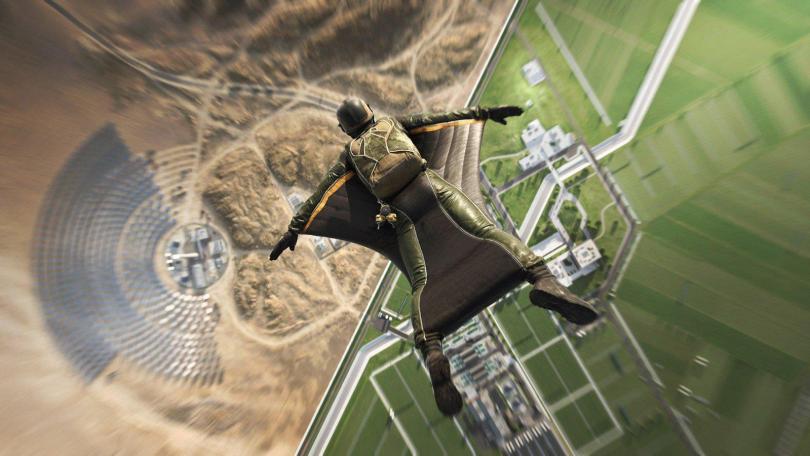 The game is already available for pre-order on the current and past generations of consoles, with different copies available digitally, allowing you to play on either one or both generations. It is available on the PS store currently worth $59.99 for the PS4 version and $69.99 for the version available on both the PS4 and PS5. The Gold Edition is currently priced at $99.99, while the Ultimate Edition is currently worth $199.99, both of these two editions featuring copies on the current and past generations of consoles On the Xbox consoles and PC platforms, it is still available at the same price for each edition of the game, with the same amount for one or two generations of the title. With EA Play, there is a 10% discount for all of the editions, however. As mentioned previously, there will not be a version available on the Nintendo Switch, sadly.

Battlefield 2042 also includes bonuses for each of the two available editions in addition to the pre-order bonuses. For all pre-orders of the game, players will get a Battle-Hardened Legendary Skin for Irish, a Baku ACB-90 Epic Melee Takedown Knife, the Mr Chompy Epic Weapon Charm, and the Landfall Player Card Background and Old Guard Tag. The Gold Edition also includes early access to the game and a 1-year pass. Lastly, the Ultimate Edition will feature all of those aforementioned items while also including the Midnight Ultimate Bundle, an Official Digital Artbook and the Exclusive Digital Soundtrack.

First-Person Shooter games have been at their peak lately, with Doom Eternal being one of last year’s most acclaimed titles and with rumours of a new Bioshock game in addition to Perfect Dark making a return, it is a great time to be an FPS fan. Battlefield 2042 may not have too many fans after the beta, but with Battlefield Portal’s potential and the studio’s promises of issues present in the beta already fixed, it seems like Battlefield 2042 will at least be a very fun and exciting title to match with this year’s latest Call of Duty entry.