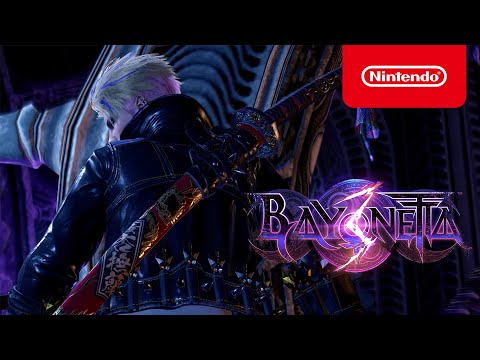 Nintendo has announced that Bayonetta 3 will be out on 28th October 2022 exclusively for Nintendo Switch. The witch is almost back!

The announcement trailer shows off a fair bit of the series’ high-octane action, with Bayonetta battling the green and grey homunculi that are threatening the world. Of course that means a huge amount of wild, over-the-top boss battles.

All of this has been a long, long time coming. Bayonetta 3 was first announced at The Game Awards at the end of 2017, with PlatinumGames’ saucy witch returning for another Nintendo-backed sequel. The announcement was little more than a teaser at that time, though expectations were high that the game would be coming along sooner rather than later, especially as Nintendo brought the original game and the Wii U sequel to Switch in early 2018 with a pair of remasters.

There was a whole lot of silence after that until gameplay was revealed in a Nintendo direct last September.

Fans were understandably a little worried about the game’s development, especially as PlatinumGames has been typically busy in the years since. They released another Switch exclusive in the form of Astral Chain in late 2019, and have sought to start producing games on their own without being tied to a particular publisher’s whims. However, Nintendo reconfirmed that Bayonetta 3 is still in development. It’s just taken quite a while for it to come to fruition.

While waiting for the third game, you might want to replay the original and the Nintendo exclusive sequel. Following on from Bayonetta 3’s announcement, Nintendo released the first two titles for Switch, where they found a new home. I said, “While these might boil down to being relatively straightforward ports from Wii U to Switch, that doesn’t make them any less essential for fans of the action game genre and Platinum Games’ work… unless you’ve already played them both on Wii U. Either way, with Bayonetta 3 in the works, the Switch is now the witch’s new home.”