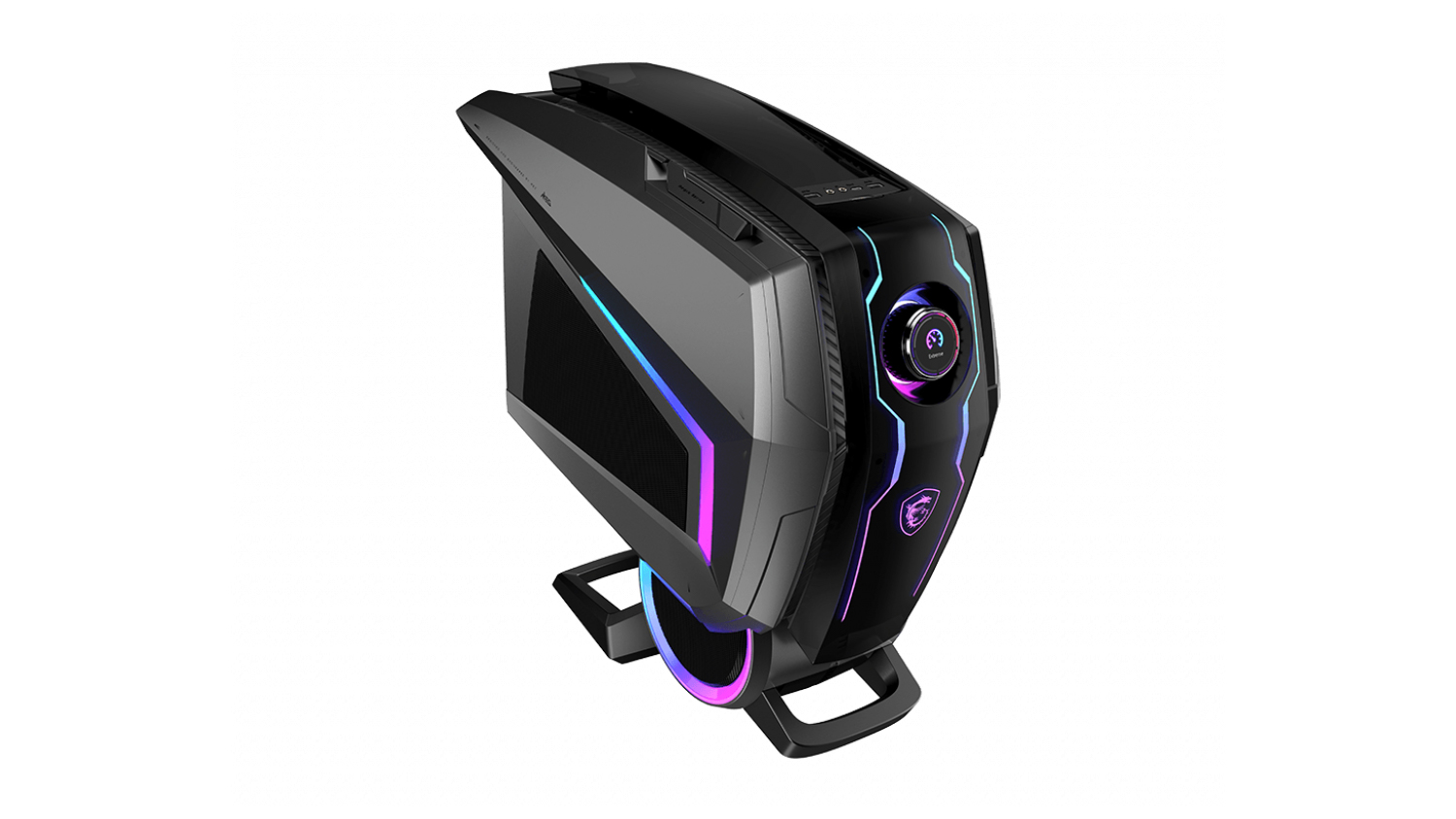 The best gaming PC can give you some truly incredible gaming performance, making the best PC games play faster and sharper than ever. After all, when it comes to PC gaming, performance means everything to play at your best, whether you’re playing competitively or just to relax at the end of a long work day.

Fortunately, there are plenty of options to choose from out there, and with Black Friday deals right around the corner – not to mention all the savings you’ll find on Cyber Monday – the best gaming PCs are going to be cheaper than ever.

So whether you want a maxed-out monster of a gaming PC for the fastest 4K gaming possible or a more affordable prebuilt rig that will let you play the latest AAA titles at 1080p with decent speed and performance, there is bound to be a gaming PC out there for you.

But which one do you choose? That is a tough question, given the sheer volume of options available – many of which are not worth the price, unfortunately. Don’t worry though, we’re here to help you get the best gaming PC for your needs and budget.

Intel Core i9-10900K | RTX 3080 | 32GB RAM
Whichever MSI MEG Aegis Ti5 model you go for, you’re guaranteed brute strength. But, if you have deep pockets, we recommend going all out with one of its highest configurations that comes with 32GB of memory.

Whether you love or hate the MSI MEG Aegis Ti5’s insane Transformer-esque chassis, you cannot deny its raw power. This bizarre-looking premium piece of kit from MSI has some breathtaking specs, its highest configuration featuring an Intel Core i9, the RTX 3080, and a whopping 128GB RAM. That means that whichever model you go for, you will be blown away by its performance. Of course, that only means that you should only invest if money isn’t an issue (or if you love that gamer aesthetic it’s playing up hard); otherwise, be prepared to burn a massive MEG Aegis Ti5-shaped hole in your pocket and scrimp with the best cheap PC games for a bit.

Powerful gaming for all budgets

With AMD’s solid campaign to win the CPU and GPU markets, it’s no surprise that many of the best PCs are switching over Team Red’s cause. Our favorite Alienware Aurora gaming desktop PC line is among them, fitting its R10 models with AMD’s powerful yet affordable Ryzen CPUs. Not only do these deliver brute strength when it comes to gaming, but they also tout affordability, giving budget gamers to partake in what those with souped up rigs experience everyday without burning a hole in their pockets. This is the best gaming PC, bar none – especially with the next generation rocking with configurations touting the RTX 3090 for 8K resolution gaming.

Intel Core i7-11700F | RTX 3060 | 16GB RAM
Although the Lenovo Legion Tower 5i is an ideal entry-level gaming PC, those looking for a more robust option will appreciate this mid-range model touting an i7 chip, the RTX 3060, and 16GB of memory.

Those new to PC gaming or are on a budget will appreciate the entry-level configurations that the Lenovo Legion Tower 5i comes in. It’s an affordable point of entry and is highly capable at handling the most popular esports and AAA titles available at 1080p. Though the most basic model lacks more modern GPU standards like ray tracing and DLSS, when you are ready to upgrade to the more robust specs, its black tower chassis is effortless to open and easily maneuverable for upgrades. If you’re just starting your journey through the world of PC gaming, you might be hard-pressed to find a better option than this.

Intel Core i7 | RTX 3060 | 16GB RAM
The Nvidia RTX 3060 isn’t the most powerful GPU, but for most people, especially those gaming at 1080p, it’s an ideal choice that offers excellent performance for an affordable price with most modern games.

If space is an issue, or you simply want a gaming PC set up right in your living room, then the MSI Trident 3 10th is worth considering. This isn’t just one of the smallest gaming PCs we’ve ever seen, not much larger than the best gaming laptops; it’s also more affordable than the competition with equivalent hardware. Without draining your wallet while touting a smaller footprint, the specs inside will be more than enough to ensure an excellent experience. And, as long as flashy RGB lighting and liquid cooling aren’t vital – and you don’t care much about upgradeability, this is the best gaming PC for you.

The Acer Predator Orion 3000 is superbly built, with an attention to detail that’s practically unrivalled and a tidy, compact design that makes it so portable and easy to move. It’s RGB lighting is also something to behold, made even better by the FrostBlade fans and light bars on the side. It doesn’t stop on the outside. Inside, there’s plenty of power as well, with specs powerful enough to see gamers through immersive 4K and VR gaming. It doesn’t sit in the budget department, but for something that will last a few years into the future, it’s certainly a compelling purchase for gamers who care just as much about aesthetics as they do about performance.

The HP Omen 30L can come kitted out with some serious hardware, and it delivers on performance despite some tight internals that had us worried about airflow. There are other things to love as well – its few RGB zones, fair pricing, and elegant design are much appreciated as well. While the system does allow for customization, its tight confines may make it hard to do a lot of expansions, and there’s very little that can be done to add to the cooling.

Customizable for every budget

AMD Ryzen 5 3600 | GTX 1660 Super | 16GB RAM
The CLX Scarab isn’t going to be cheap, but its base configuration is affordable for most people and comes with CLX’s custom-built liquid CPU cooling solution. It’s then rounded out with 512GB PCIe M.2 SSD and a 750W modular 80Plus Gold PSU, all loaded into a Scarab Evolv ITX SFF Black chassis with an acrylic side panel.

What makes the CLX Scarab so special is how customizable it is. Depending on your budget, you can get the most basic of builds just to get you gaming or you can get a maxed out machine with such stellar parts as an Nvidia RTX 3090 and an 11th Gen Intel Core i9. Just be prepared to spend if you plan on getting a more powerful configuration. Additionally, since it is custom, you’re also at the whims of the worldwide supply chain so if you want a part that’s in short supply, you may have to wait a little longer for your PC. However, if you’re willing to wait, you’ll get something that can be personalized in a lot of different ways.

How to Shop for the Best Gaming PC

Which PC is best for gaming?

When it comes to finding the best gaming PC, your main concern is finding the right balance between your budget and gaming performance. If money is no object (or at least if you’re willing to take the time to save up the money) then you can’t go wrong with our top two picks, the MSI MEG Aegis Ti5 and the Alienware Aurora Ryzen Edition R10. Both pack powerful CPUs (you can also upgrade these to the latest-gen Intel Core and AMD Ryzen processors) and come with Nvidia RTX 3080 graphics cards, which is just shy of the best GPU you can get, the Nvidia RTX 3090. Both have some excellent customization options as well so you can tinker around with the specs to your liking.

If you do have to mind your budget somewhat, then the HP Omen 30L is a great choice, since it has a wide range of customization options, that can give you excellent performance for the price. There’s also the Lenovo Legion Tower 5i with an RTX 3060, which is about the best gaming pc you can find for 1080p and 1440p gaming at a great price.

What should you look for when buying a new gaming PC?

While building a PC for gaming can be pricey or a bit of a hassle, excellent gaming PCs are more affordable than ever before. Even the Intel Comet Lake and AMD Ryzen 5000 chips, as well as the Nvidia Ampere or Big Navi GPUs, are more accessible than their predecessors, price-wise. So, don’t stress out over the cost so much. Whatever your budget, guaranteed you won’t have to compromise as much as you would think.

Whether you’re playing the best PC games or lower-budget free games, your priority should be choosing something that manages to be affordable to you without compromising on performance or scrimping on vital features like a healthy port selection and appealing RGB lighting. That could very well mean a pricey desktop PC that will see you through 4K gaming or one of the best budget gaming PCs that will give you a smooth 1080p gaming experience. Don’t worry so much about the frills and the design unless your budget is flexible or you’ve got deep pockets.

Make sure that there’s also enough speedy RAM and fast storage. These days, an 8GB DDR4 memory is the minimum, but upgrade to 16GB if you can. Plenty of SSD storage is ideal as well, since many top titles take up a lot of space, although you can always get an additional drive later down the line.

Finally, make sure you have enough money for quality peripherals as well. After all, a gaming PC is only as good as its peripherals. Only when coupled with the best gaming monitor and the best gaming keyboards will yours be the stuff of legends.

How we test gaming PCs

A gaming PC is a big purchase that shouldn’t be taken lightly, which is why we don’t take our testing lightly either. Testing gaming PCs is always a comprehensive undertaking for us, using it to play not only the latest or hottest games, but also older yet still demanding titles as well, noting things like performance – especially in gaming – and cooling efficiency. We also run synthetic benchmarks like PCMark 10, 3DMark and Geekbench 5.

Furthermore, we take a look at its design, things like availability of ports, expandability and upgradability, RGB lighting, and accessibility that its chassis offers. For good measure, we’ll also check how it does with daily tasks, because most of us don’t only use our gaming PCs for gaming; it serves as our everyday computer as well.

We then take everything we’ve learned about the gaming PC and compare it to its price – whether or not it’s performance and features are worth that price tag, and whether or not it offers the best value to customers.