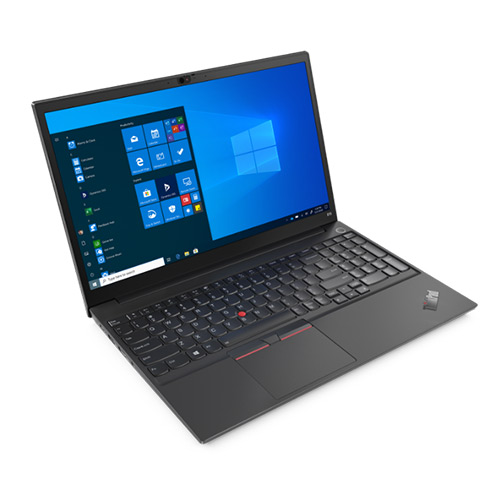 If you’re looking for a cheap laptop or a deeply discounted premium machine, you’ve come to the right place. We’ve scoured the web for savings and rounded up all the genuine deals in one neat place.

This week, the best laptop sales comes courtesy of Lenovo’s eBay store, which currently has 20% off storewide. You’ll find we’ve covered everything from budget browsing machines to high-performance powerhouses, so you’ll no doubt find something here to match your needs.

We’ve highlighted a selection of the latest deals that we’ve sniffed out, and if you scroll further down, we’ve rounded up some of our favourite laptops in a dedicated buying guide.

This ThinkPad E15 Gen 2 is an affordable entry into Lenovo’s line of business laptops, and the price has just dropped further in Lenovo’s eBay sale. It’s built well with a comfortable keyboard, and you’ll be getting an 11th-gen Core i5 chip and 16GB of RAM. There’s also a suite of security features that make it well-suited as a work laptop. Head to Lenovo’s eBay store and use the code LENOFF to get this deal.

We think the MacBook Air (M1, 2020) is the best laptop in Australia. It’s worthy of this spot thanks to Apple’s own M1 processor, which has greatly improved both performance and battery life for the laptop. It’s carrying a price tag that’s decently competitive with Windows 10 rivals too (finally). This price is only available on the gold version on the laptop.

This is the 2021 update to HP’s flagship 2-in-1, and it’s more feature rich than ever. You’ll find Intel’s 11th-gen i7 CPU under the hood, 16GB of RAM to boost performance and a whopping 1TB SSD. We found the fans can get noisy, and it’s still quite a dear laptop – which makes this 25% discount all the more appealing. Other configs are also on sale.

This is the 2021 edition of the Lenovo Legion 5, and it’s a rather stylish gaming laptop. It’s packing AMD’s excellent Ryzen 7 5800H processor, matched with Nvidia’s RTX 3060 graphics card. The rest of the package is pretty great for the price – it’s got a 15.6-inch display with a 165Hz refresh rate, and comes loaded with Windows 11. You can now get 20% off the listed price by using LENOFF at checkout.

It’s fair to say the Lenovo Legion 5i isn’t the best gaming laptop out there, but for this price you couldn’t ask for much more. This config is outfitted with an 11th-gen Core i7 and an RTX 3060, and you’re getting a decent 16GB of RAM and a 512GB SSD. Similar to above, you’re getting a 15.6-inch screen here with 165Hz refresh, though it comes with Windows 10. Use the code LENOFF to get 20% off on eBay.

If you’re looking for more grunt, this discounted Legion 5i Pro is equipped with an RTX 3070. Sitting alongside it is an Intel Core i7-11800H, along with 16GB of RAM and a 512GB SSD. The screen here is 16-inches, with a resolution of 2560 x 1600. We haven’t spent time with this laptop ourselves, but it appears well-built like the rest of the Legion line. Discount available with the code LENOFF.

This is a well-made laptop, with an RTX 3070 under the hood, as well as an Intel Core i7-11800H. This unit also ups the specs with a 1TB SSD, so you’ll have lots of space for your gaming library. We’ve found a similarly specced Gigabyte Aorus for slightly cheaper, though we’re partial to the design of the Legion (which also has a marginally bigger screen). Use the code LENOFF to get the discount.

The best deals on our favourite laptops

Over the years we’ve reviewed plenty of laptops, and as a result, we’ve seen what to avoid and what to jump on when there’s savings to be had. Check out the prices on some of our favourite laptops below and see if anything has dropped enough to spark your interest.

Return of the king

To say that we’re big fans of the Dell XPS 13 is a huge understatement. This 13-inch Ultrabook has appeared in our list of the best laptops for several years running, and there’s good reason why.

This iteration came out in late 2020 and it’s known as the Dell XPS 13 9310. It’s equipped with Intel’s latest 11th generation processors while the Intel Iris Xe handles the integrated graphics (and almost doubles the graphical prowess from the previous model). Both work together to bring a decent amount of power to these gorgeous laptops, and some light gaming is also possible thanks to the specs.

There are barely any bezels to speak of on these laptops, and it can be configured with a Full HD+ or a 4K HDR screen (OLED panels are also available). The sleekness of the XPS 13 comes at the expense of ports, and the speakers are a little lacklustre, but these are small exceptions in an otherwise premium laptop.

The best MacBook Air ever

When Apple ditched Intel’s chips for its own M1 silicon in 2020, it was a real game changer for the laptop market – Apple or otherwise. The new processor gives the MacBook Air a serious performance boost, which thankfully, has not come at the expense of battery life (our testing found it lasting an impressive 11 hours and 15 minutes in continuous movie playback).

Despite the significant power upgrade, Apple has priced this laptop at a better RRP than its predecessor, and it even gives other premium Ultrabooks such as the Dell XPS 13 a run for their money – something we never would have anticipated from Apple. You can expect to pay AU$1,499 for the model with 8GB of RAM and a 256GB SSD, or AU$1,849 for the 512GB SSD version.

If you do have a couple hundred bucks to spare, we’d also suggest taking a look at the 13-inch MacBook Pro (M1, 2020). That’ll get you better-sounding speakers, a more comfortable keyboard and a neat Touch Bar. The MacBook Pro also keeps its cooling fans (while the MacBook Air doesn’t) so it should be able to run more intensive tasks before performance is throttled.

We rate the Asus ROG Zephyrus G14 as the best gaming laptop around. It’s outfitted with AMD’s Ryzen 4000 and 5000 series processors, which lend a lot of power to the Zephyrus G14. As for graphics, Asus has mixed with Nvidia to bring the latest RTX cards to the laptop.

Despite that seriously impressive power, the Asus ROG Zephyrus G14 is reasonably priced and can be found for a fair whack less than the competition. There’ve been a few concessions to keep it that way though – the laptop is without a webcam, and it’s not as particularly good looking as the Razer laptops of the world.

With that said, the Zephyrus G14 is a thin and light laptop that also manages best-in-class battery life despite its gaming laptop status.

A 2-in-1 laptop experience with little to no compromise

The Asus ZenBook Flip 13 moves easily between laptop, tent and tablet mode with its 360° hinge, and Asus promises it’s good for 20,000 cycles. It’s a solidly built, stylish piece of kit, and it comes packing Intel’s latest 11th generation chips, making it a powerful 2-in-1 laptop.

Housed within the body is a beautiful 13-inch screen with ultra-thin bezels on all four sides, so you’re able to make the most of the 1080p display. The front-facing Harman Kardon speakers sound genuinely good too, which can be rare on even the best of laptops.

With space at a premium, Asus has done something clever to keep the number pad too. It’s been integrated into the trackpad, and it appears in illuminated LED lights when you need it – pretty neat if you ask us.

A Chromebook for schoolwork, and then some

If you’ve got the cash to spare for a MacBook Air, we’d argue that it’s the best student laptop in Australia, but if you’re just after something that’s cheap, then the Lenovo IdeaPad Duet Chromebook is a great choice. It’s a 2-in-1, and for the unit itself paired with a detachable keyboard and stand cover, you’ll pay just AU$499 (and it’s often on sale too).

The internal specs aren’t anything to write home about, but what really matters here is Chrome OS, which we’ve found to be a richer experience than the equivalent Windows 10S. Google’s fantastic apps will be right at your fingertips, so it’s ideal for someone who does the majority of their schoolwork online (using Google Docs and the like).

You won’t be able to load up on Chrome tabs with reckless abandon, but for general web browsing, video streaming and basic productivity, the Duet does exactly what you want it to do. All told, this is the best value you’re going to find in a portable device of this kind.

If you’re after some more further info on the best laptops, check out some of our other dedicated articles:

Watch the video below for the top 7 things to consider when buying a laptop.