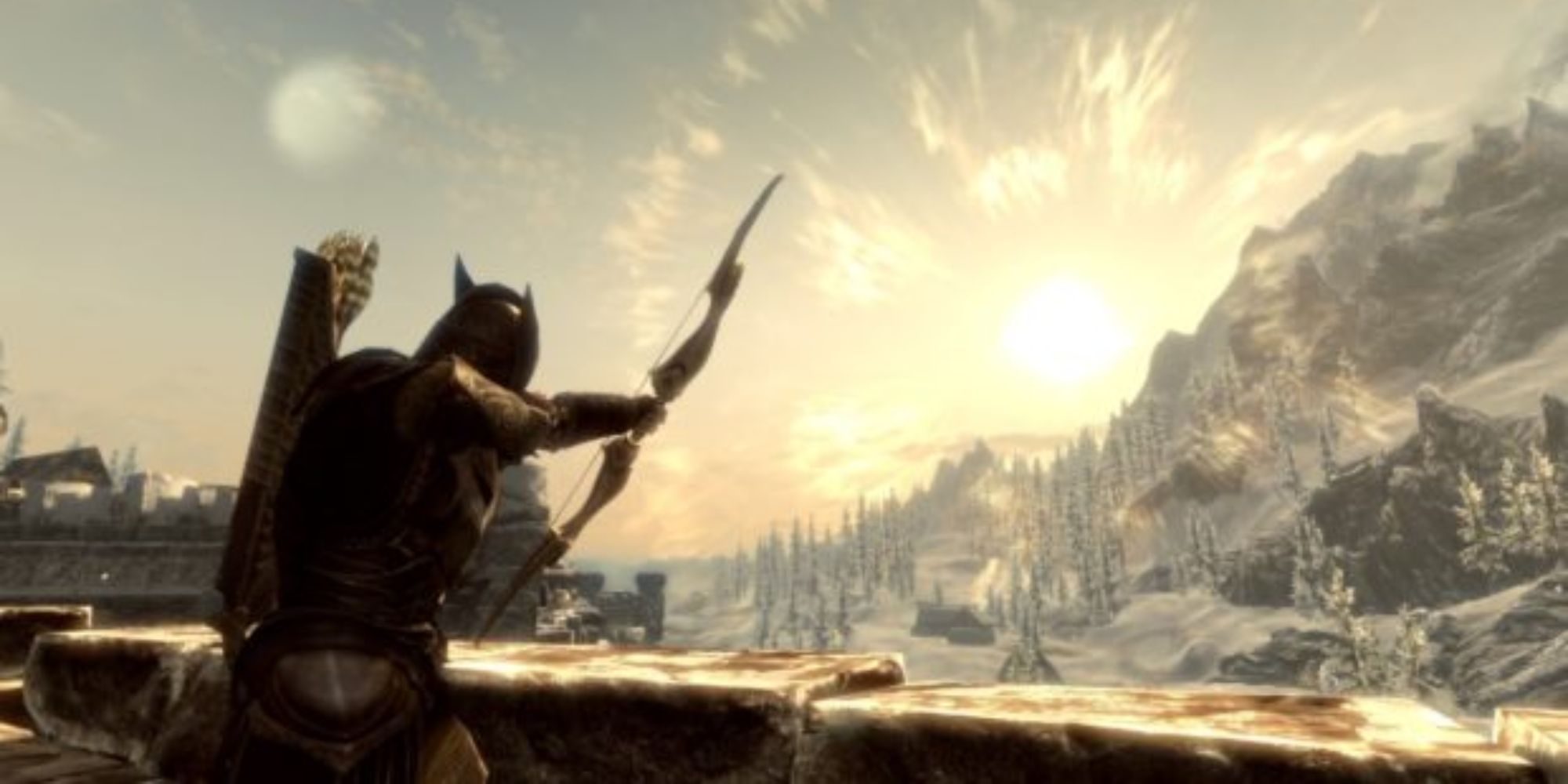 Skyrim is one of the greatest role-playing games ever made, and it’s easy to see why this is the case. A combination of stellar open-world design, incredible character customization, and heaps upon heaps of combat have helped cement this game’s legacy in the video game industry.

A big part of what makes Skyrim such a beloved video game is the vast swath of mods that are available for this title. Fans have created mods that cater to each and every gameplay element of Skyrim, becoming so crucial to enjoying the game that most people consider these mods to be essential to the quintessential Skyrim experience.

A great example to illustrate this is the combat system of Skyrim, which is extremely basic and lacking in the vanilla game. However, by installing the following mods, players can turn Skyrim’s combat into one of the most enjoyable parts of the game.

Being a stealth archer is one of the most common combat styles in Skyrim due to how simple yet effective it is. However, after a point, people will get bored of the rather basic archery in this game.

This is where the Archery Gameplay Overhaul mod comes into the picture. It adds a bunch of tweaks to improve archery in the game, such as enchanted arrows, better animations, bleeding effects, and a whole host of other impressive changes.

Combat in Skyrim is pretty basic, with enemies featuring a rather simple AI during battle. This can get grating after a while, especially when players start overpowering most foes in Skyrim with a mix of high levels and good gear.

Ultimate Combat aims to improve the battles of Skyrim by making them more realistic and challenging. Enemies have better AI, there are more Power Attacks to use in the game, and a poise system is also integrated into the mix, among a host of other changes.

The aim of this mod should be pretty self-explanatory. It adds a way to dodge in Skyrim so that combat feels more fluid and responsive.

The original Ultimate Dodge mod is decent enough as it, but the reanimations brought about by this mod make it even better. Players should waste no time in trying out these dodges once they install this mod for their version of Skyrim.

The weapons of Skyrim might be quite numerous, but they do get rather boring to use after a point. After all, the vast majority of these weapons have the same moveset, so it’s only their stats and aesthetics that govern whether the player would use them further down the line.

Animated Armoury takes care of this issue by integrating new weapons into the world of Skyrim that have unique movesets of their own. It brings about a change to the gameplay of Skyrim that isn’t palpable at first glance, but makes a world of difference further down the line when it comes to improving the feel of combat in the game.

Skyrim’s combat features a bunch of caveats that rub people off the wrong way. Enemies are way too accurate while attacking, and the weapons themselves feel rather loose and floaty after a point.

Mortal Enemies changes this system by making enemies more realistic when it comes to their movesets. They won’t be able to move around with impunity while attacking and will be more inaccurate with their attacks… especially if the Dragonborn is dodging and moving about.

For the most part, the areas where players can roam about in Skyrim are leveled along with the player to scale difficulty. However, players who want their playthrough of Skyrim to be absolutely sadistic should download the Skyrim Unleveled mod.

It turns Skyrim into an unpredictable mess, with areas in the world being at different levels. This can make the early game extremely challenging as players struggle to deal with enemies that might be way beyond their current level.

Another combat mod that changes player style and enemy AI, Blade and Blunt is easily one of the most underrated mods on this list. It brings forth a whole host of tweaks to the combat system that makes for a highly engaging experience.

The biggest change brought about with this mod is to the stamina system. Everything from attacking to blocking has a more noticeable impact on stamina, making for a tense experience as players manage their stamina with each and every swing of a weapon.

Sometimes, a combat mod doesn’t need to be a well-balanced and convoluted affair. Sometimes, it should just allow the player to look extremely cool as they slice and dice their way through enemies.

The Akaviri Martial Art mod aims to bring forth this aesthetic and enjoyable change. Players who use a one-handed weapon will find their character slashing and cutting enemies without a care in the world, which is extremely fun to watch in third-person.

A mod so good that most people consider it to be integral to any playthrough of Skyrim, the Combat Gameplay Overhaul mod is the most popular combat mod for Skyrim by a country mile. True to its name, this mod tweaks the combat of Skyrim heavily without being too overbearing with its changes.

The end result is a fresh and enjoyable combat system that most people would absolutely adore in Skyrim. The amount of love put into this mod is clear for everyone to see and makes battles in the game incredibly engaging.

Out of all the mods in the game that add new movesets and animations during combat, Attack Behavior Revamp is the most comprehensive of the lot. It’s hard to find any mod that brings forth the amazing changes from this one.

Players can now unleash complex combos, varied power attacks, and utilize new movesets for each weapon type. All in all, Attack Behavior Revamp is a great mod for Skyrim players who want to enjoy a more flashy and enjoyable combat system.