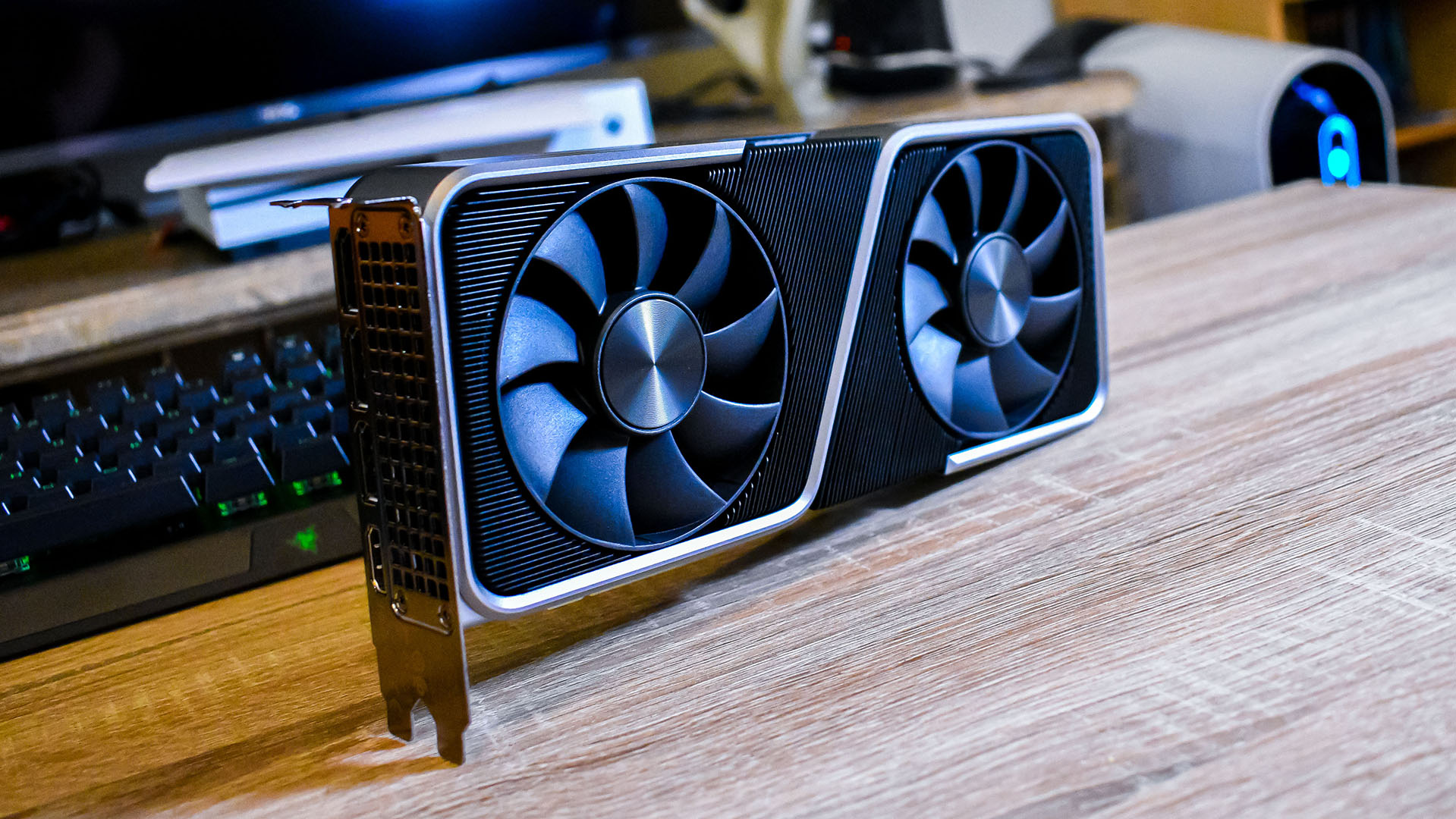 The best Nvidia GeForce graphics cards remain largely unbeaten, even though AMD’s Big Navi has certainly given it a good run for its money. While Team Red has done a good job with the latest AMD graphics cards, Nvidia has raised the bar, especially with its RTX 3080, RTX 3070 and RTX 3090 offerings, all of which received a performance boost from their predecessors, particularly when it comes to ray tracing.

Even better, Nvidia has taken cues from its competitor, lowering the price tags on its RTX 3000 graphics cards to be more in line with Team Red’s and thus making them more accessible to regular users. AMD’s Radeon RX 6800XT, for example, is only $50 less than the RTX 3080 yet the 3080 is still the better performer in 4K gaming. On top of that, previous generations of Nvidia cards are now more affordable and give consumers even more choices to pick from, especially with Black Friday and Cyber Monday just around the corner. While we don’t think individual Nvidia GeForce graphics cards will get price cuts, we do expect some great gaming laptop Black Friday deals and gaming PC Black Friday deals featuring these cards.

Whether you want ray tracing on a budget with the RTX 3060 Ti or you’re ready to splurge on the latest flagship such as the RTX 3080 Ti, you’ll find the perfect card to power your PC right here. These are the best Nvidia GeForce graphics cards right now.

The best Nvidia GeForce graphics cards at a glance:

One of the best graphics cards of all time

The best Nvidia graphics card on the market for most people, the Nvidia GeForce RTX 3070 delivers excellent performance – on par with the RTX 2080 Ti even – without costing an arm and a leg. Before this card, 4K gaming was out of a lot of people’s budget. The RTX 3070, therefore, brings it to the mainstream for the first time, and that’s without you having to compromise on settings for most games. And did we mention the fact that this GPU is incredibly cheap? A cheap price tag plus 4K gaming on quality settings equals great value, and that’s why the RTX 3070 tops our list.

With the Nvidia GeForce RTX 3080, 4K gaming just became a lot more accessible. Before, you had to shell out more than $1,000/£1,000 to do so with the RTX 2080 Ti. However, with the next generation of the best Nvidia GeForce graphics cards, the price of 4K gaming just dropped a few hundred dollars, thanks to the RTX 3080. More than that, it boasts one of the largest generational leaps in GPU history, delivering a 50-80% performance boost over the RTX 2080 and a 20-30% boost over the RTX 2080 Ti, all while keeping the same price point as the RTX 2080. This is both an absolute powerhouse of a graphics card and a great value, if you have a bit of extra cash lying around.

There’s a new Nvidia champion in town, and it takes power and performance to an even more accessible price point. Delivering RTX 3090-level performance, an impressive feat in its own right, the long-awaited RTX 3080 Ti comes with an even better price tag, making all that sheer power more accessible than ever. It continues what the RTX 3080 has started – to take 4K gaming into the mainstream arena – with its breathtaking 4K at 60fps performance while slashing a few hundred dollars off the steep 3090 price. This is the best Nvidia graphics card on the market right now, especially if you care about ray tracing.

Creative professionals will be blown away by the Nvidia GeForce RTX 3090, especially with the great value it offers. Whether you’re looking for playable gaming performance at 8K or the massive compute performance and copious amount of VRAM you need for 3D rendering – let alone maxing out whatever game you’re playing at 4K, this GPU is the one to beat. It’s massive and incredibly expensive so only get it when you’ve got some extra cash lying around and if you need to game at 4K or higher. However, if you want the best of the best, this is the card to get.

The best graphics card for most people

The Nvidia GeForce RTX 3060 Ti certainly threatens AMD’s claim to the great value GPU throne with its price to performance ratio. The newest arrival in the RTX 3000 line, this graphics card punches way above its weight class, delivering a performance that could rival that of the RTX 2080 Super while keeping its price tag incredibly affordable for most people. And, that’s with impressive ray tracing included. 1080p gaming has never been this good and this affordable.

The more expensive graphics cards in Nvidia’s arsenal get a lot of attention these days, what with all the ray tracing and Deep Learning Super Sampling. But, if you don’t have a ton of cash to throw around, the GTX 1660 Super is the Best Nvidia GeForce graphics cards for you. This little GPU absolutely tears through any game in 1080p, and with its modest price tag, it’s perfect for anyone that wants killer performance on a budget.

The Nvidia GeForce RTX 3060 might be Team Green’s gambit. Its increase in price over the RTX 2060 and its proximity to the RTX 3060 Ti’s price tag makes it a lot less compelling for consumers, especially since the latter delivers excellent 1080p performance. However, the RTX 3060 delivers a huge improvement for 1080p gamers, offering a 80-120% performance boost over the GTX 1060. What’s more, it also comes with ray tracing and DLSS technologies – in fact, it’s the cheapest way to get your hands on these advanced features.

Short but packs a punch

If you’re trying to keep your build small so it doesn’t take up a ton of space in your room, you might be looking at a Micro ATX build. And, mini graphics cards can be a major helper there, since a graphics card tends to be one of the bigger components attached to a motherboard. EVGA has a well-priced model in the RTX 2060 XC Black Gaming. It may be thicker than your typical dual-fan variant, but that extra radiator thickness helps it dissipate heat with the single fan, and its short length can help it fit in tight builds.

While the higher end graphics cards get all the hype, they tend to have a worse performance-per-dollar value then budget cards. And, while AMD often hits that sweet spot, Nvidia sometimes remembers to offer value as well. That is represented nowhere better than the GTX 1660. Gigabyte offers the GeForce GTX 1660 OC 6G for an excellent budget price while still giving you a touch of overclocking, so you can enjoy 1080p or even 1440p with some tweaked settings. Best of all, you won’t need to take out a mortgage to afford this card.

Creativity comes at a cost

If you’re involved in creative workloads like 3D design or video editing, you might be running into some serious VRAM needs. In those cases, it can be worth it to have a graphics card that is going to give you tons of headroom to keep information in the GPU’s memory, instead of constantly needing to load it in from your storage solution. While it comes at a high price, Nvidia’s Quadro RTX 6000 loads up on 24GB of GDDR6 memory while also packing plenty of performance. And, you can combine multiple cards for even more performance.