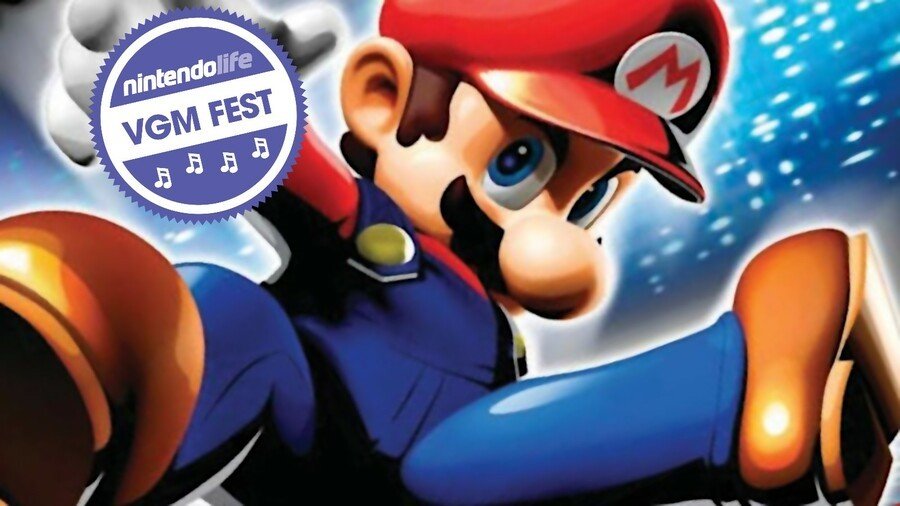 Over the holidays we’re republishing some of our best features, interviews, opinion pieces and talking points from the previous 12 months from staff and contributors alike — articles that we feel represent our best of 2021. In them you’ll find our usual mix of thoughtfulness, frivolity, retro expertise, gaming nostalgia, and — of course — enthusiasm for all things Nintendo. Enjoy!

On the surface Dance Dance Revolution: Mario Mix appears to be the ordinary and obvious by-product of Konami and Nintendo continuing to operate in the same creative space.

After all, by the time of the game’s 2005 release, Mario had already been doing non-Mario things for a very long time — he could paint, ride karts, run a hotel, star in his very own RPG, administer medication, and so much more. Dance Dance Revolution had not only included smattering of licensed tunes since the original’s 1998 arcade release, but had also proved it was more than happy to cooperate with high-profile brands, even to the point of producing a few Hello Kitty LCD DDR games.

All these two industry legends had to do, then, was mash these two universally popular and highly successful series together, reap the inevitable profits, and then sit down in a Japanese office somewhere and sign a contract for more of the same the following year. It’s a tried-and-tested formula; Sega’s Hatsune Miku titles are an ever-shifting blend of independent artists occasionally graced by vocal remixes of classic arcade tracks, and Namco’s Taiko no Tatsujin series has, over the years, included guest tracks with everything from Ridge Racer to Undertale. Mario’s entry into this accommodating musical genre should have been easy and annual, another string to the plumber’s already full bow.

Instead we got, well, Mario Mix.

Known as Dancing Stage: Mario Mix in Europe, this Konami and Hudson Soft-developed GameCube title is absolutely bonkers — “My uncle who works at Nintendo said…[insert impossible playground rumour of your choice here]” levels of bonkers — and a lot of that’s down to the story mode which, depending on your point of view, is either the greatest thing to happen to any dancing game ever created or an utter offense to your eyeballs, game collection, and sense of rhythm.

For the first few seconds it’s all innocent enough. Your task is to collect the freshly-scattered Music Keys and then put them safely back in place before everyone finds themselves unable to resist the urge to dance, no matter how inconvenient it may be, and then Toad cheerily adds “Oh yeah and chaos and discord will rain down on the Mushroom Kingdom and maybe destroy us all” to his explanation of your rhythmic quest, as if the one thing missing from a dancing game was world-ending peril.

In an admirable attempt to integrate Konami’s showy dancing series with traditional Mario gameplay, every problem in the Mushroom Kingdom is — for one game only — caused and solved by the power of music

It’s all downhill (or uphill depending on how you view these things) from there, merrily spiraling into an entirely unnecessary story that feels ridiculous even in a setting that regularly features talking mushroom people and a fire-breathing lizard guy with a thing for kidnapping local princesses. In an admirable attempt to integrate Konami’s showy dancing series with traditional Mario gameplay, every problem in the Mushroom Kingdom is — for one game only — caused and solved by the power of music, which in this case amounts to the player using their bare feet to prod the four arrow keys on the included fold-out dance mat.

The first thing Mario needs to do is use the power of dance to… cross a river, in a boat. After that he’s asked to use his slick moves to do anything from dodge Bullet Bills, stop Koopa Troopas from running riot in a vegetable patch, out-move Waluigi in a dance-off, stomp on Goombas in time to the music (the dance mat always makes that one feel a little cruel) and untwist a recently-twisted hotel because, as the Toadette owner rightly points out, “Nobody wants to vacation inside a corkscrew!”.

The minigames that break up this madness are just as odd, easing you in with tasks anyone would expect from the setup — seaside resort mainstay whack-a-mole, running Track & Field-style to perform a flagpole leap — and then after it has lured you in, Mario Mix decides to throw in strategically punching any Koopa Troopas that happen to pass by with gigantic robo-boxing gloves because… well, it passes the time, we suppose.

This is all permanently intertwined with what can only be politely described as a questionable choice of music. We know it’s tempting, but please put down the pitchforks and let us finish — there’s no doubt Mario music is beautifully written, timeless, and suits the games it was created for like the plumber’s spotlessly white glove, but it’s not by design something that was ever meant to be danced to (in spite of the Ambassadors of Funk’s attempt to prove otherwise). Even when remixed as heavily as these tracks are, it doesn’t really work.

Oh, and Mozart? Strauss? As spirited (and license-free) as these classical arrangements are, nobody has ever looked at a rhythm game — not even Mad Maestro!’s long-forgotten playlist — and thought “Looks good, but does it have Tritsch-Tratsch-Polka in there?”.

At least the stranger moments are balanced out by a visual style that’s faultlessly accurate to the much-loved series the game’s based on… except when they’re not. Mario’s deliberately oversized gloved hands and chunky brown shoes are absolutely perfect for their usual purpose of helping players easily keep track of a platforming character running and jumping about all over the place at speed, but become something of a ‘hypnotic’ experience when transferred as-is into an upbeat rhythm game. Mario’s giant hands frequently flap around as though he’s trying to scare pigeons off his lawn and his normally unremarkable backside is made to animatedly jiggle in ways usually reserved for a certain sort of fan art; and it’s made all the easier to notice thanks to Mario Mix’s (sensibly) simplified dancing action, which favours, for the most part, comfortably-spaced single stomps of individual arrows over the flowing step charts that made Konami’s dancing series such an exhausting hit in arcades across the globe.

So, what the heck is Mario Mix? Is it a joyously off-the-wall take on two normally safe and dependable series, or more of a ‘Now That’s What I Call… A Very Bad Idea’? Did we finally find the one thing Mario was no good at, even though the game is at least on paper appropriately faithful to all of its component parts?

We’re still not entirely sure — but whether it’s good, bad, or Dance Dance Revolution: Mario Mix, we’re glad Nintendo was at least brave enough to permit the existence of this unforgettable experience. Because if nothing else, it’s certainly impossible to forget.

What do you think of Mario’s boogie wonderland? Let us know in the comments below, and check out our other Nintendo Life VGM Fest articles in our season of music-focused interviews and features.