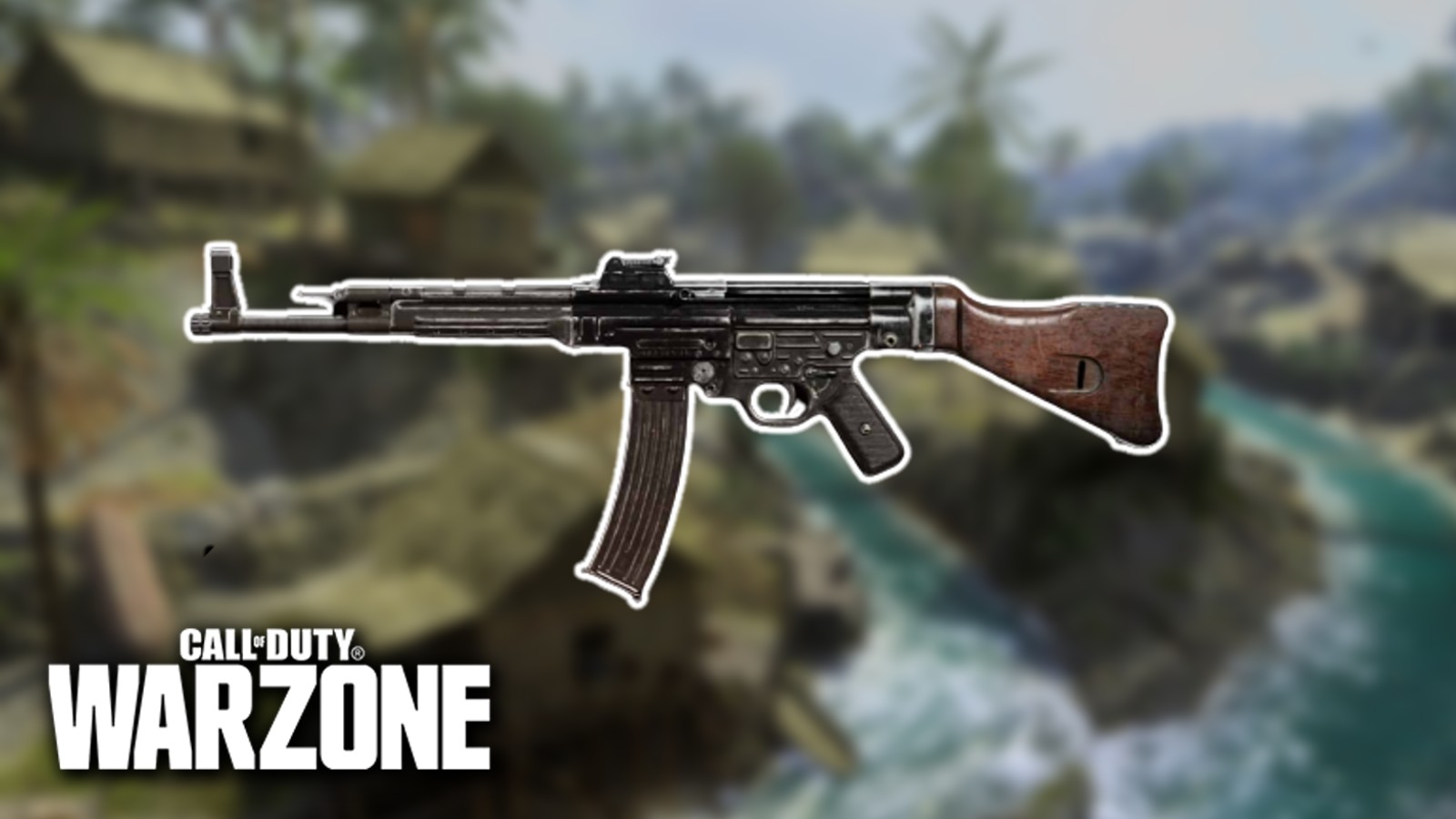 If you’re looking for a powerful assault rifle in Warzone that shreds enemies at medium-range, you can’t go wrong with the STG44. However, you’ll need a top-tier loadout that pushes the weapon to its limits and luckily, we’ve got you covered.

With the Season 2 update introducing another two weapons into Warzone, it can be difficult to know which guns are worth using in the current meta.

Both the Automaton and the BAR are strong choices, but it may be time to look elsewhere and pick up the STG44.

This hard-hitting AR is a popular pick in Vanguard and its strengths transition perfectly into Warzone’s chaotic matches. With a 3.7% pick rate, it’s currently the sixth most popular weapon in the game, and definitely worthy of one of your class slots.

The gun’s impressive TTK and damage range make it lethal at medium-range, but you’ll need to run a meta loadout if you want to get the most out of the weapon.

First of all, you’ll want to run the MX Silencer muzzle and the VDD 760mm 05B barrel to significantly increase the weapon’s accuracy and damage range. On top of this, the silencer also conceals the STG’s gunfire on the minimap, which is key in Warzone when attempting to remain undetected.

After that, utilize the VDD 34S Weighted, M1941 Hand Stop, and the Polymer Grip to manage the ARs recoil pattern and allow you to get always get the first shot off on your opponent. These attachments combined with the G16 2.5x scope will allow you to lock onto targets and track their movement consistently.

When it comes to bullets, make sure you run Lengthened to increase the STG’s bullet velocity, as well as the 7.62 Gorenko 60 Round Mags so you can take out multiple opponents without having to reload.

Finally, finish off the loadout with Fully Loaded so you don’t have to worry about ammo, and of course, Vital so you can maximize your damage output on enemies.

The STG44 is extremely strong at medium range.

When it comes to perks, our loadout runs the standard meta choices with EOD protecting you from explosive blasts, and Amped increasing your weapon swap speeds during intense gunfights.

While Overkill is strong, we recommend taking Ghost as it ensures you’ll stay off enemy radars and gives you a better chance of surviving into the late game.

If you do decide to take two primary weapons, we recommend pairing the STG44 up with the MP40 or MAC-10, so you have a secondary with a lot of mobility and damage at close-range.

Finally, round off the loadout with a Semtex to clear our stationary opponents and the Stim for a boost of health when you need it most.

How to unlock the STG44 in Warzone

Luckily for players, the STG 44 is unlocked automatically as soon as you jump onto Warzone and isn’t locked behind any levels.

So, this means you can immediately start leveling up the weapon and begin unlocking all the best attachments available.

Alternative to the STG44 Warzone loadout

The BAR is one of the strongest Vanguard AR picks in Warzone.

If you’re looking for an alternative to the STG44, consider using the BAR in Warzone. This deadly AR deals a significant amount of damage at range, but you’ll need to bolster the gun’s recoil with a set of specific attachments.

Luckily, we’ve got a loadout guide that goes over the best class in the current meta, alongside all the perks and equipment you should run alongside the weapon.

While it certainly isn’t as popular as the STG44, the BAR often goes under the radar for a lot of Warzone players and is definitely worth experimenting with.

If you want to keep updated with all the latest Warzone and Vanguard news and updates, then be sure to check out our Call of Duty page.