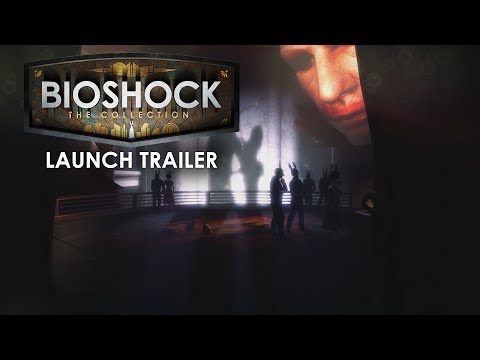 After years in development hell a live action version of Bioshock, and its own cinematic universe, has been officially announced at Netflix.

More than a decade after the original plans to make a Bioshock movie fell through a new deal has been announced with Netflix, that’s apparently been almost a year in the making.

According to The Hollywood Reporter no writer or filmmaker is attached yet, let alone any actors, and yet already the idea is to make it part of a ‘cinematic universe’.

Original publisher Take-Two will serve as a producer, alongside Vertigo Entertainment, with the two no doubt hoping that it will enjoy a similar level of success to The Witcher – even though that’s not technically based on the games.

The cinematic universe angle is presumably related to the idea introduced in Bioshock Infinite of a multiverse of different worlds, all with their own unique dystopian city. Although it’s assumed this first film will focus on the underwater world of Rapture.

A movie adaptation was first announced shortly after the release of the original 2007 game, with Pirates of the Caribbean director Gore Verbinski. It ran over budget though and since it was intended to be a ‘hard R’, implying high levels of violence, the project was eventually canned.

The movie was apparently just eight weeks away from filming at one point, but game creator Ken Levine nixed an attempt to make a cheaper movie with a new director and the entire project went dormant until now.

Why there was such insistence on a R-rating is unclear, as the original game wasn’t especially violent, but it seems unlikely that those original plans will have anything to do with the new film.

The obvious reason for the new film going through now is that Take-Two has a new Bioshock game in development.

It’s known to have been in production for several years now but has never been officially announced, although recent rumours suggest that it is set in Antarctica with two waring cities – one on the surface and one underground.

Whether that’s true or not remains to be seen but the new game is expected to be unveiled later this year.

MORE : Another BioShock 4 leak points to 2022 release – set in the Antarctic