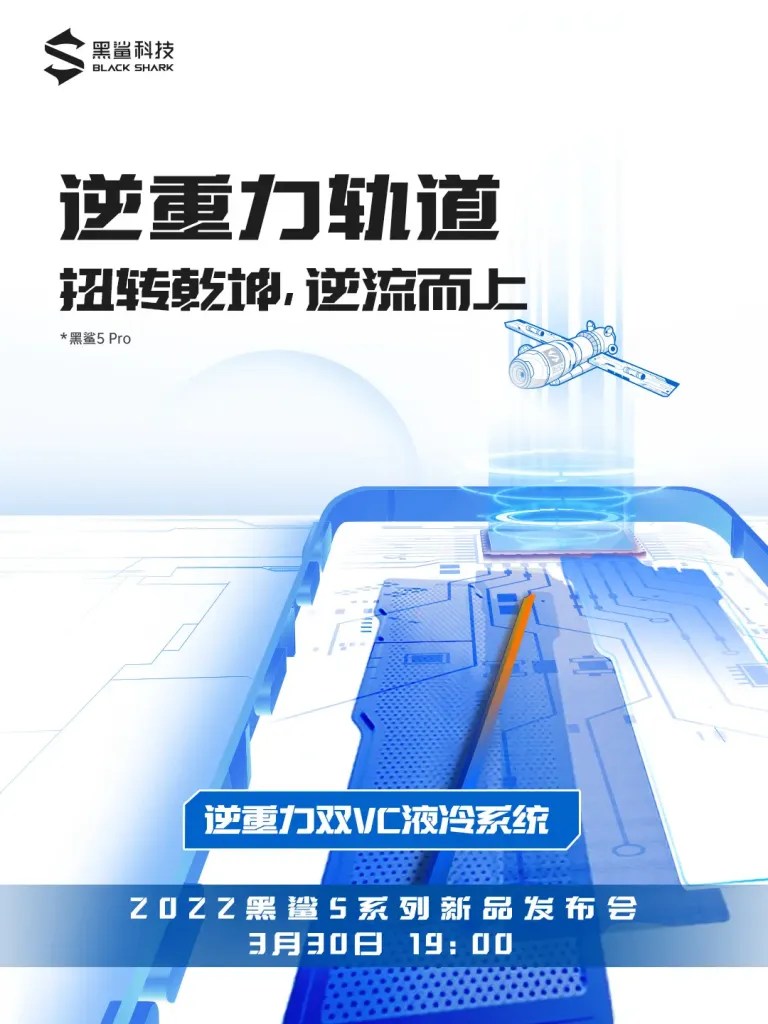 Black Shark 5 series will be released on March 30, near the launch, the official began a frequent warm-up. Known information shows that the Black Shark 5 series contains at least two models, all standard with 120W wired fast charging and a maximum 4650mAh battery.

The dual VC area reached 5320mm², claimed to be probably the largest dual VC area on the smartphone, but according to the official poster, it seems that only the Black Shark 5 Pro is equipped.

In addition, the news broke that the Black Shark 5 series core configuration is different, the standard version is equipped with Snapdragon 870, Pro version for Snapdragon 8 Gen1, while continuing the SSD + UFS 3.1 flash memory solution.

According to the official preview of other information, the series also has a magnetic pop-up shoulder key 2.0, Touch Control master, 720Hz touch sampling rate, touch response speed increased by 15%, and other features.