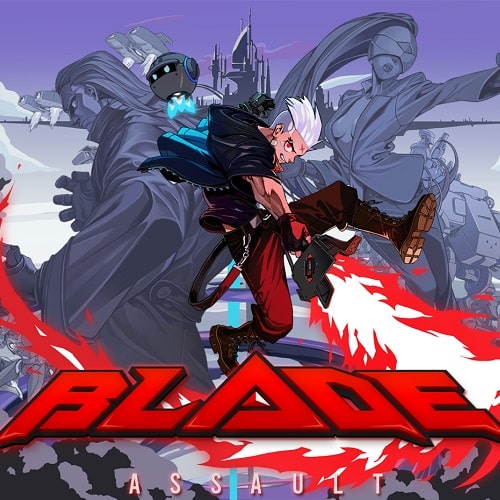 Roguelike With an Edge

Race through the flashing cyberpunk city Esperenza and fight for the Undercity almost officially out on Steam. Team Suneat’s cyberpunk roguelike, Blade Assault, has announced its official release date on Steam today. In a press release, Team Suneat provides details about the game and how it graduates later this month from early access to official release.

Blade Assault is a roguelike that features the backdrop of a divided cyberpunk world. The world has three regions, the mutant infested outer ground, the undercity where the poorer folks live, and the Sky City: Esperenza. The player chooses one of three characters, each with their own skill sets and styles of play. Additionally, each character has their own weapons and upgrades that players can grab during their runs.

“if you manage to take down the big baddies, and beat the game? The Assault Level will test your might with its endless hard mode waves of enemies designed to challenge even the most seasoned players.” Says the press release.

In addition to the roguelike combat of the game players will experience a social aspect. With the full release of the game comes the friendship system. Essentially, the system allows players to befriend specific NPC’s to earn even more rewards, items, and powers.

Blade Assault is officially launching on Steam on January 17th, 2022. Featuring more content than ever, the game seems like it brings another great title to the roguelike genre. Are you planning on grabbing Blade Assault? What character are you wanting to try?