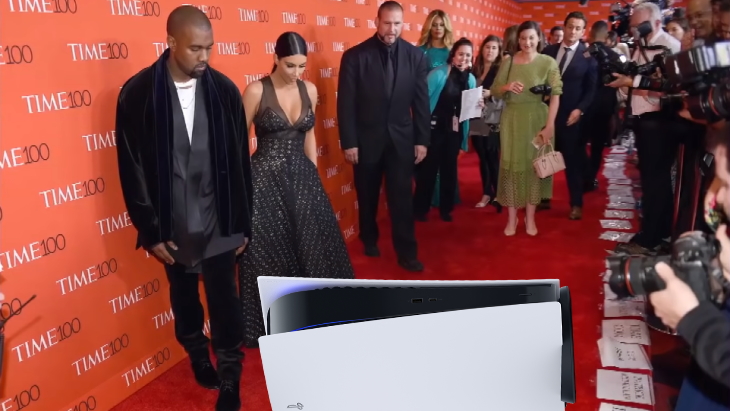 Bloomberg reports that SIE’s Visual Arts Service Group (VASG) is (in Bloomberg’s words) the unsung hero of many hit PlayStation video games. They cited eight people “people familiar with the operation,” who claim they aid in finishing development of games at SIE subsidiaries, with animation, art, and other content and development.

Around 2018, several “influential” figures within VASG wanted more creative control, to expand on SIE’s most successful franchises, and to lead a game’s development rather than just support it. Michael Mumbauer, VASG’s director since 2007, recruited an estimated 30 developers internally and from other studios under SIE, aiming to form a new developer within Sony.

Mumbauer new that pitching a new game was risky, and that remakes were a safer bet, and cheaper to produce. As such, they initially proposed remaking the first Uncharted game. However, that idea was rejected by the team for fear of it being too expensive, leading them to remake of The Last of Us for PlayStation 5.

The aim was to produce something that looked similar to the then in-development The Last of Us Part II, with both games being packed together on PlayStation 5. The plan was this safer and less expensive remake would build trust to remake the first Uncharted, and then other titles.

The jump from assisting developer to an original development team was tricky. Dave Lang (founder of support team and outright developer Iron Galaxy Studios), noted that those hoping to be original developers would face an uphill battle.

“[Original development teams are] competing against hundreds of other teams from all over the world, with varying levels of experiences and successes. The people funding the work are often risk-averse, and if they have to pick between a team that’s done it before, and someone trying to do it on their own for the first time, I can see why some people pick the prior developer over the latter”

While SIE approved Mumbauer’s project on a probationary basis, they kept the team a secret, never fully acknowledging their existence. As such, they never had the funding or support needed. While a section of the game’s development was finished in Spring 2019, the showcase did not impress SIE.

This came at a time SIE was shuffling management, and Hermen Hulst, former head of Guerrilla Games, was now head of PlayStation’s Worldwide Studios. Hulst thought the Mumbauer team’s The Last of Us remake was too expensive, and inquired why the planned budget was higher than other remakes SIE had made prior.

It was explained that it was due to the new graphics engine on PlayStation 5, and that more staff were needed to rework the graphics and gameplay mechanics. Hulst was not convinced. Instead, the team and VASG were asked to hep development of The Last of Us Part II, which had just been delayed from 2019 to 2020. This slowed down progress on Mumbauer’s remake, as 200 staff were now busy helping Naughty Dog.

SIE later stated that after The Last of Us Part II was completed, Naughty Dog would aid Mumbauer on The Last of Us remake. Rather than a sign of hope, Mumbauer’s team saw it as a loss of their autonomy, as dozens of Naughty Dog staff joined the project (some who worked on the original game). As such, they had more weight in discussions of the project’s direction.

The game was later mover under Naughty Dog’s budget, with SIE giving them more leeway than with VASG. It was soon obvious the status quo had returned; Naughty Dog being in charge, while VASG was assisting the project.

After this, the group’s leadership was effectively disbanded, with Mumbauer leaving SIE entirely (jokingly referring to VASG as “Naughty Dog South”). Both Mumbauer and SIE declined to comment when contacted by Bloomberg.

Another example “according to people familiar with the proposal” comes from Sony Bend. They reportedly attempted to pitch a sequel to Days Gone in the same year as its launch. This was shot down, as despite being profitable its development took a long time, and critic review scores were middling. On Metacritic, the game’s Metascore is 71 out of 100 as of this time of writing.

One team at Sony Bend was instead tasking with aiding Naughty Dog on developing a multiplayer game, while another worked on a new Uncharted game under supervision. This caused some staff, including top leaders, to leave the company.

Some developers even feared Bend being absorbed into Naughty Dog, and the studio’s leadership asked they be taken off the Uncharted project. This was permitted in March, and the team is now working on a new project that promises to be part of a new franchise.

Bloomberg notes that despite owning around a dozen studios worldwide under PlayStation Studios; in recent years it seems to have only focused their most successful developers, and a “conservative approach” to the PlayStation 5.

They claim SIE are pouring tens of millions of dollars into studios such as Santa Monica and Naughty Dog, hoping for an exponential pay-off. While this came true with God of War (2018), and The Last of Us Part II, this focus has come at the expense of less player choice, and high turnover with the more niche studios.

This was seen with Sony Japan Studio’s “winding down” of original game development, and the “vast majority” of development staff had been let go. The reason for the drastic restructuring is reportedly due to Sony Japan Studio not being profitable enough in recent years.

The developer had desires to make games that appealed primarily to the Japanese market, hoping it would still have global appeal. SIE reportedly, yet again, wanted “global hits” akin to what its other first-party studios have produced.

SIE later provided an official statement, confirming Sony Japan Studio “will be re-organized into a new organization.” On April 1st they were “re-centered to Team ASOBI, the creative team behind Astro’s PLAYROOM, allowing the team to focus on a single vision and build on the popularity of Astro’s PLAYROOM.”

The reason for this loss of faith may be born of restrictions on what developers can do, and a growing lack of faith in the Japanese market. In late December 2018, SIE Japan Asia President Atsushi Morita stated the then recent spate of censorship of anime-styled sexual content on PlayStation 4 games had been “to meet global standards.” This censorship was seemingly forced in Japan.

SIE frequently cites global and community standards as reasons for their censorship practices. This has led to Japanese developers to release on other platforms, or create different versions.

The “restrictions on expression and suppressed the release of titles for Japanese users” was also cited by an analyst for the Ace Research Institute; claiming that it is “definitive” PlayStation will fall in Japan. He also claimed SIE were not realizing the region’s potential. That same analyst also claimed Nintendo has an “oligopoly” in Japan, while PlayStation game sales have been practically “eradicated.”

Most recently, CyberConnect2’s president claimed SIE have policies against depicting dismemberment or missing limbs for Japanese developers. This may be born mostly of criticism and concern from people within Japan however, rather than additional complaints from overseas.

In addition, Bloomberg reported claims that PlayStation employees and developers were losing faith in Japan as a market. The anonymous employees claimed that the company had begun to focus more on the US, after the PlayStation 4 had been disappointing in Japan.

According to several employees of PlayStation Japan, this resulted in the Japanese office being (in Bloomberg’s words) “sidelined” when it came to planning the promotion of the PlayStation 5. Employees from Tokyo told Bloomberg they have been waiting for instructions.

SIE CEO Jim Ryan denied that report , insisting that the Japanese market is still important to them. It should be noted that Japanese fans were not happy with Sony’s decision to switch the X and O commands to the western standard, and two major PlayStation 5 livestreams premiering at 5 a.m. JST.

Bloomberg have frequently reported on stories from anonymous PlayStation sources, including claims Sony were struggling to find parts for the PlayStation 5, and meeting fluctuating production goals [1, 2, 3, 4]. SIE would later deny these claims outright.

Are PlayStation right to keep chasing blockbusters? What makes the methods of Nintendo or Xbox better? Sound off in the comments below!