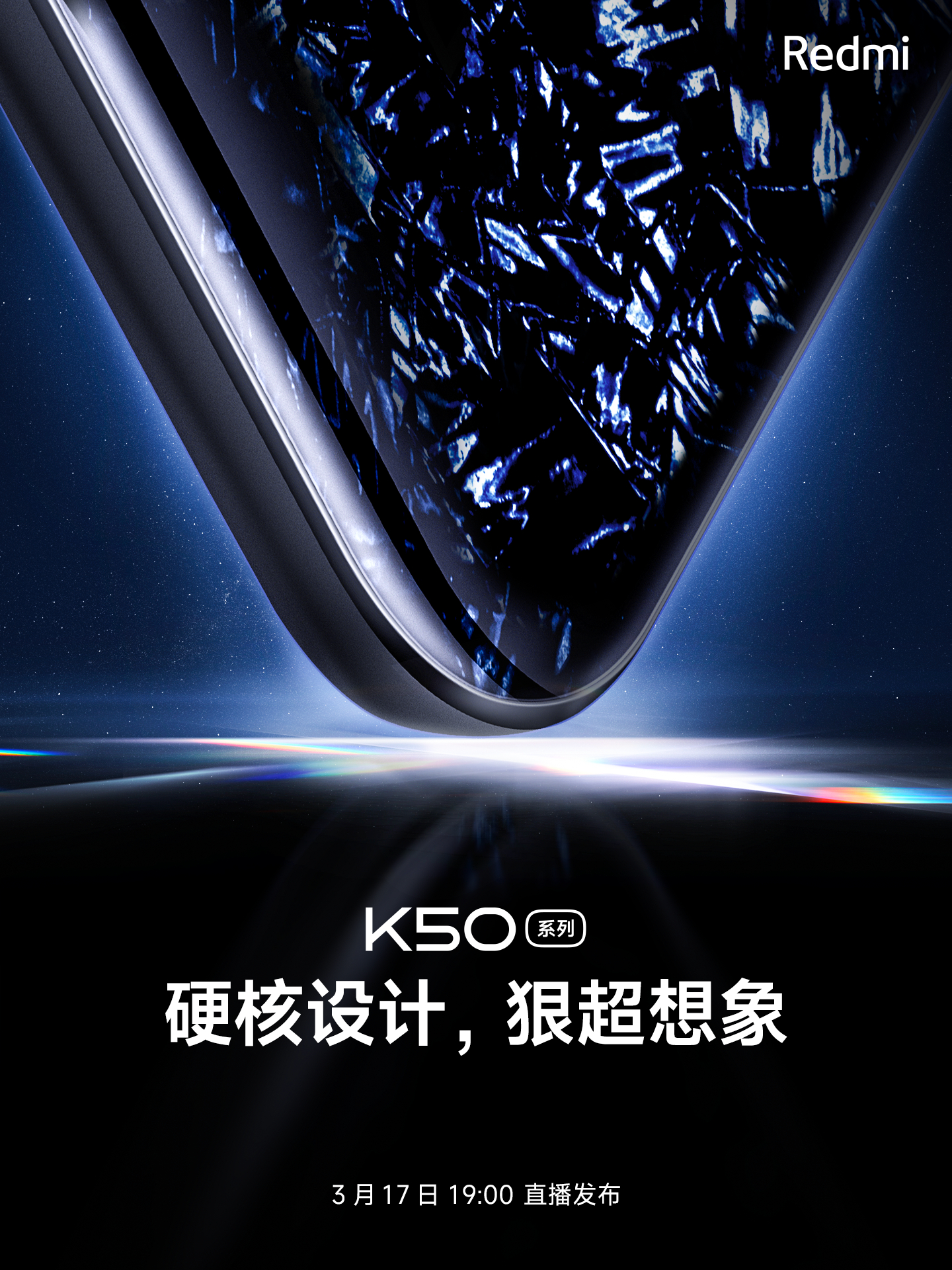 Design Of The Redmi K50 Series

Today, Lu Weibing, president of Xiaomi Group China and general manager of the Redmi brand, talked about the design of the Redmi K50 Series. Lu Weibing emphasized that the K50 series’ hardcore craftsmanship is ruthless beyond imagination, bringing a different and very surprising design to everyone.

The design of the Redmi K50 Series is inspired by the “universe”, which is precisely replicated on the body of the device, and the effect is very stunning and more beautiful than the ink feather color scheme of the previous generation Redmi K40 series.

The rear shell of the K50 phone, which can be seen using a new process to bring a completely different look, with a mechanical beauty to the rear shell of the body like broken glass, something that has never been seen in any phone on the market today.

After announcing part of the K50’s rear shell design and process this morning, Redmi unveiled the overall styling image of the K50’s rear shell in a big way this afternoon. The new nano-microcrystalline body material is like a feather, which Redmi officially calls the cosmic aesthetic design using precision 1/400th of hair-thin lithography with vivid 3D modeling.

The new rear lens design can be said to be both rounds, square and triangular, the recognition can be said to be full, and the three-section design is also the overall direction of the lens module of domestic cell phones in the past two years, or very good-looking.