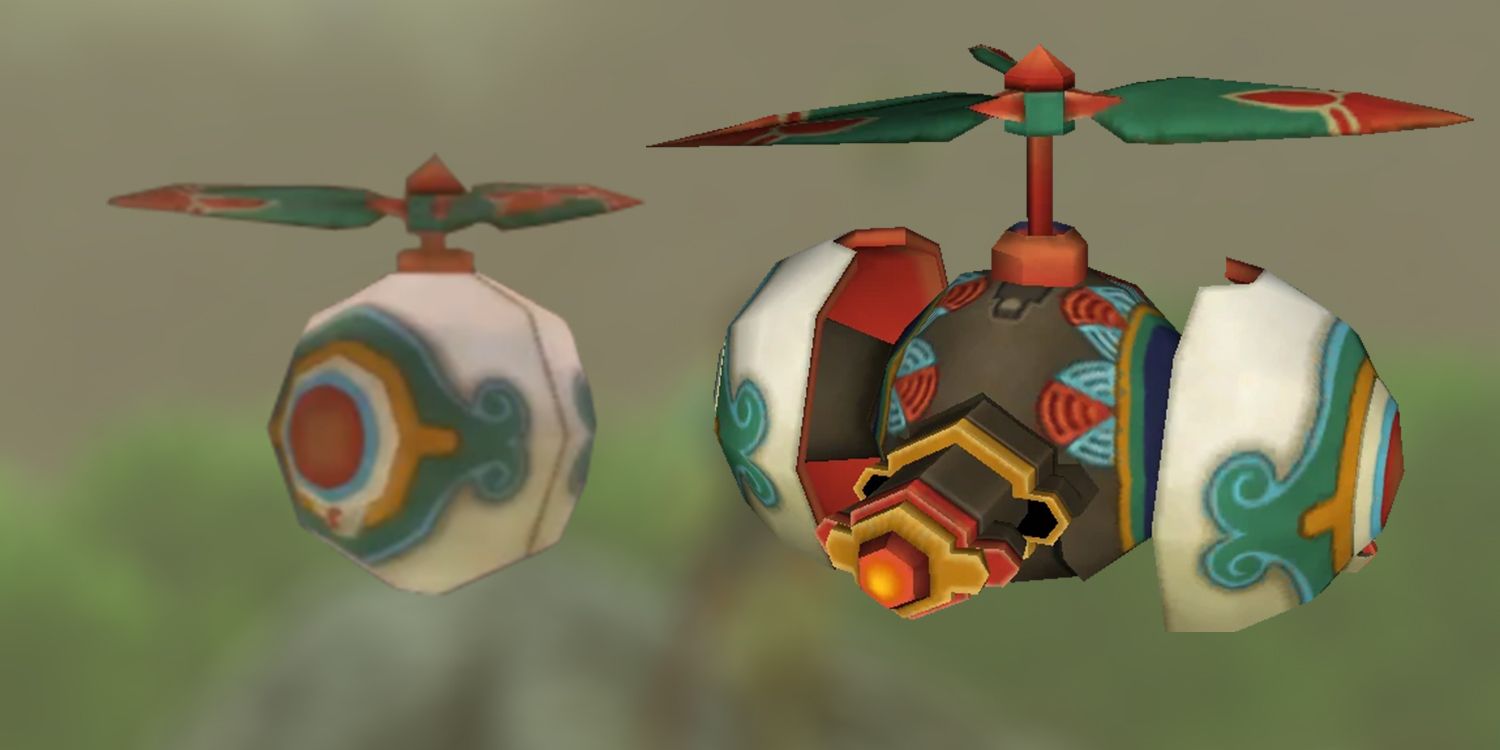 But these Korok targets are shown to be hiding more than meets the eye. Reddit user xXDCTCXx showed that they have a striking resemblance to Sentrobes from The Legend of Zelda: Skyward Sword. The Sentrobes are enemies that appear at the Lanayru Mining Facility and are ancient machinery that fire lasers. Given that they only appear with timeshift stones, it seems possible that these enemies from the past influenced targets like these later down the Zelda timeline.

Another reference to The Legend of Zelda: Skyward Sword is present in one of the game’s memory sequences. In the final memory Link unlocks, a familiar sound can be heard from the Master Sword in the cutscene, and Zelda later comments that she heard a voice from the sword. This is a clear reference to the character Fi from Skyward Sword, who was considered annoying in the original game. This shows that whenever Breath of the Wild takes place in the timeline, Fi continues to remain present in the Master Sword.

The references to Skyward Sword in Breath of the Wild show just how important the former was to shaping the Zelda series. The coloration in the Korok targets could be theoretically be passed off as a coincidence, but given that Fi is also in Breath of the Wild, it’s likely a purposeful reference. The idea that the Sentinels would inspire future target design in The Legend of Zelda is an intriguing one, and it brings up the question of if these robots were used as target practice in ancient Hyrule. The theories that can be drawn out from this reference in The Legend of Zelda: Breath of the Wild provides lots of food for thought, and The Legend of Zelda: Skyward Sword’s place in the Zelda timeline can be thanked for that.

Next: Why The Legend Of Zelda’s Timeline Is So Confusing