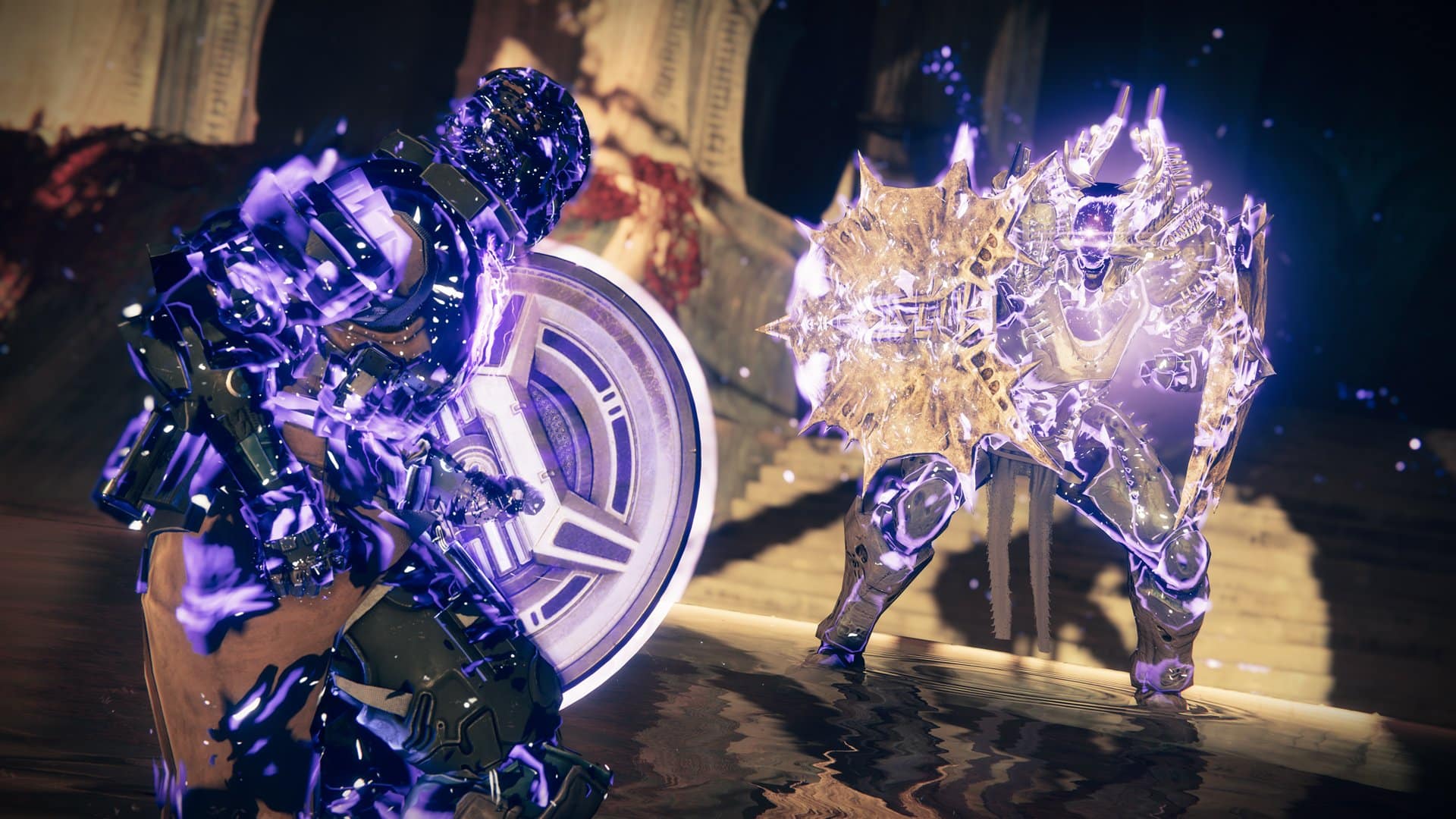 Dexerto sat down with Bungie in a roundtable interview to find out what learnings the developer is taking from Destiny 2’s Witch Queen expansion into the game’s future.

Destiny 2 launched in 2017, but it’d be fair to say it felt like the game truly hit its stride in the last couple of years. Beyond Light’s more nuanced look at morality, as well as a series of interconnected seasonal narratives, meant that Destiny’s universe finally started to take shape — culminating in last month’s Witch Queen expansion.

Praised by critics (you can find our review here) for its varied campaign and fun weapon-crafting, the expansion felt, in many ways, like Destiny 2 finally delivered on the franchise’s promise that many hardcore fans (this writer included) spotted back in 2014.

Following on from the expansion’s release, Dexerto was invited to take part in a roundtable interview with some of the game’s development team.

The future of Destiny 2, as told by Bungie

The Witch Queen has become arguably the most well-received Destiny expansion yet.

Destiny campaigns have, traditionally, been fairly straightforward affairs with a focus on leveling characters up to take on endgame activities. The Witch Queen bucks that trend somewhat, offering a longer, but more focused campaign — something Bungie has been working on for a while.

” I think our adjustment from being a big “campaign game” to a live game changed our focus a bit,” says Project Lead, Blake Battle.

“Coming out of Forsaken [Destiny 2’s 2018 expansion], we transitioned more to a seasonal model and we were focusing very much on, “Hey, like what’s the, what’s the real playable beat kind of content that we want to focus the majority of our attention on.”

“We’ve definitely seen, in the last couple of years, of renewed interest from our fans when it comes to more long-form story content. And so with The Witch Queen, we really wanted to double down on that. And so we just had a very concerted effort on having a little more runway to tell a more thought-out story that’s built into the greater narrative of the Destiny universe.”

Speaking about the difficulty of finding a balance between regular content and trying it in with story beats, Narrative Director Adam Grantham notes “there have been times where we’ve leaned more this way and then leaned more that way and kind of corrected and then over-corrected.”

“It’s been kind of like honing in on this more perfect version of Destiny, and I think we’re closer now than we’ve ever been with some of the updates over the past few years where we’ve got this seasonal storytelling model that I think we’ve gotten really good at.”

Bungie also took the surprising step of adding a replayable campaign to Destiny 2 for the first time, with a Legendary difficulty available for players that want to experience The Witch Queen at a level closer to endgame content. The good news is, Bungie isn’t abandoning that idea.

“I can say that we are planning legendary difficulty mode for Lightfall [Destiny 2’s next expansion]” Battle reveals, “but without Joe [Blackburn, Game Director] here I’m not going to go further than that right now.”

“I think that with a renewed emphasis on the campaign and depth, it’s not just about length. It’s also about a meaningful experience, so adding a Legendary difficulty campaign allowed us to create an experience for those players that just want a more engaged, meaningful, difficult campaign experience while maintaining the classic campaign that gives more casual players a chance to enjoy the story.”

The Final Shape comes into focus

Season of the Risen continues the seasonal storytelling that Bungie has refined over the years.

Destiny’s future will involve at least two new chapters, with The Final Shape billed as the culmination of the “Light and Dark” saga that has defined the franchise since it began.

“When we look at the roadmap now to the Final Shape, we are definitely focused on building momentum and driving towards this dramatic conclusion of the light and darkness saga. When you see something that feels like a piece being placed, and you think it’s going to be relevant later, I’d say you might be right,” Grantham says.

“In Destiny, we have a lot of “open threat” that we’re planting year after year,” Guillaume Colomb, Destiny 2’s Senior Narrative lead reveals.

“And I think for the past couple of years, we really wanted to, instead of adding new ones, try to bring everything to a conclusion and Savathun was one of those big characters that were there that was impossible not to address.”

“We’re going to try to bring everything back to that Final Shape, but not everything is probably going to be resolved by that — we want to keep some mysteries alive.”

“We look at it in this long-term planning: where are we trying to get to over the next several years?” Grantham adds.

“We know we’ve got this kind of back catalog of creative stuff that, like all these different characters that have been out there for a while, and it was kind of like, okay, it makes sense to play the Savathun card here.”

“And this is when we play this card, and anybody who’s read the Destiny lore knows that it’s a big deck and we’ve got a lot of options there.”

Speaking of Destiny lore, the Witch Queen’s ending leaves plenty of open story threads, but to keep things spoiler-free we wanted to know more about Osiris’ fate. After all, in the events leading up to the latest expansion, Savathun impersonated the legendary Warlock.

Bungie wouldn’t go into details, but they did confirm Osiris will have a role to play in the future.

There’s arguably never been a better time to be a Destiny fan, and we can’t wait to see what’s coming next for our Guardians.

For more on Destiny 2, be sure to check out our other content for the loot shooter.

The post Bungie on Destiny 2’s future: ‘Witch Queen is a moment of acceleration towards the end’ appeared first on Dexerto.