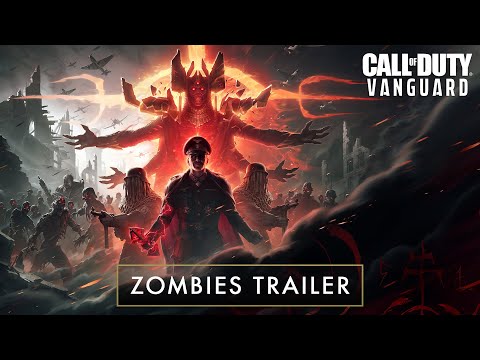 It’s that time of year again. As the year comes to a close, it’s inevitable that another new Call of Duty game will get launched. This new Zombies Mode trailer has just been released to build hype before Call of Duty: Vanguard hits physical and digital storefronts on Nov. 5.

This video mixes cinematic moments with a few gameplay clips to show off some of the game’s new Dark Aether skills that can be used when fighting back against the hordes of mystical zombies found in this year’s iteration of the longstanding FPS franchise.

The undead action is set to a Billie Eilish track called Bury a Friend, for those who like what they hear when watching it all unfold.

You can check out the Call of Duty: Vanguard trailer for yourself below to see some of the action that’ll be found in this new Zombies Mode.

If you’re a diehard COD fan, you can put down money right now to get your hands on the game as soon as possible. It can be pre-ordered right here from the official website. And, in case you missed it, details have also been revealed for the game’s story mode, along with its cast of characters.