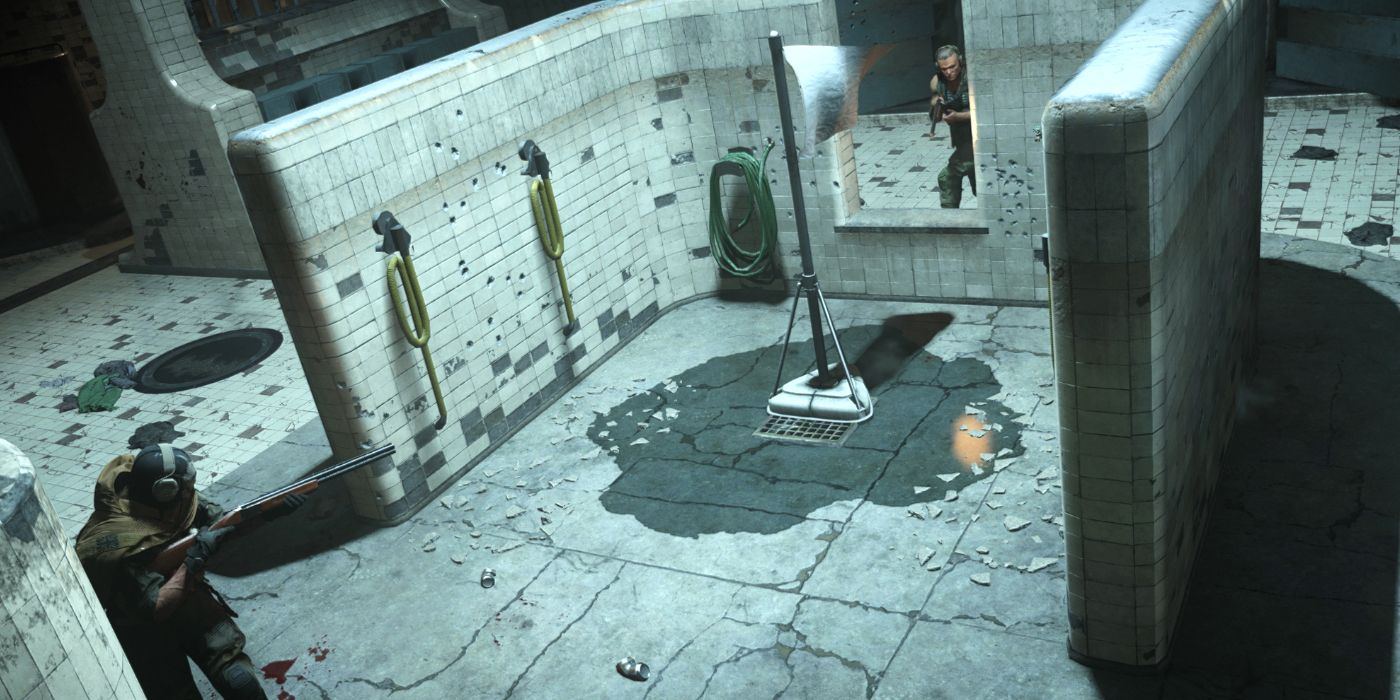 Call of Duty: Warzone has found success for several reasons. The incredible popularity of the battle royales is certainly one of them, as it released at the peak of the genre’s popularity. The game maintaining Call of Duty’s top-notch gunplay is another contributor to its success, as is the integration with other games, as players wield guns and control Operators from all the other active Call of Duty titles. With Call of Duty: Warzone events keeping players engaged, too, there is a lot about the game that has led so many to get hooked on it.

However, the most unique thing about Call of Duty: Warzone is undoubtedly its Gulag system. A 1v1 arena where players fight for a second chance at life, the mechanic is a perfect concept for a battle royale game. Other members of the lobby spectating only adds to the intensity, as players are essentially entertaining those that are waiting for a chance to step into their own fight. The randomized weapons keep things fair, and while some players have been able to master each map, the ever-changing Gulag has kept them on their toes. With Call of Duty: Warzone being over a year and a half old, fans have seen many Gulags since release.

The very first Gulag was kept intact throughout the first several months of Call of Duty: Warzone’s life. A reworked version of the Gulag Showers Gunfight map that featured in Call of Duty: Modern Warfare, the fighting took place around some tiled walls. Players could peer around corners to see the few lanes that are available to them, or they could lay back and wait for the fight to come to them. Because of this, fights were either be extremely quick or very drawn out. The Gulag was fairly well-lit, too, meaning that players could not hide in the shadows as easily as they do in other arenas.

If Call of Duty: Warzone players take too long to make a move when fighting in the Gulag, a flag will spawn, meaning that the first player that is brave enough to try to capture it can win the match without fighting at all. While this tells the opponent where the flag capturer is, it takes a very small amount of time to fully complete the capture. The original Gulag placed its flag in the center of the arena, and with cover on all sides, it was one of the safest flags to go for – meaning that it was best to avoid letting an opponent reach it first.

Instead of introducing a new Gulag in Season 6, Raven Software will be taking players back to the one that started it all. With Call of Duty: Warzone’s Pacific Island map right around the corner, players will seemingly be saying goodbye to Verdansk for good. As such, it makes sense to give the classic Gulag one last hoorah, as the one in the World War 2-themed location will likely be extremely different. Overall, the returning Gulag looks the same as the original, though it is a bit darker and Raven has confirmed that new lockers in each spawn will make for some fresh sightlines.

Arguably the most controversial variant of the Gulag, Call of Duty: Warzone players did not approve of the arena that was introduced with the Rebirth Island map. Essentially a giant square with four even pathways on the outside, the close quarters building was the only place where players could go for cover. With all the outside pathways being empty, though, players would often just move to the left or right, have their gunfight, and finish the battle in seconds. If anyone did use the actual building, they were likely to sit in a corner, with quick deaths or a frustrating loss to a camper being the only outcomes.

Fortunately, Call of Duty: Black Ops Cold War Season 2’s Gulag was much better received. This likely has to do with the fact that it was a variant of the iconic map Nuketown, as the location is widely regarded as one of the best maps in the franchise’s history. While buildings were wooden and unfinished, and the vehicles in the center of the map took on a different look, the experience on Nuketown was solid overall. With the map already being on the small side, it was a natural fit for a 1v1 adaptation, and played just as well as the regular 6v6 version.

Following Nuketown came Standoff, with the Season 3 Gulag once again being based on a classic Black Ops map. Standoff made its debut in Call of Duty: Black Ops 2, with a remake of the BO2 map dropping in Call of Duty: Black Ops Cold War during Season 3. While Standoff features in Verdansk 84, it was also used as the Gulag for a period of time. Like Nuketown, it has a more hastily put together visual style. It takes place on the main street of the map, with players needing to round the corner to see each other. With the central building providing a vantage point and Standoff’s tank made from some crates, it was another solid Gulag.

With Hijacked coming to Call of Duty: Black Ops Cold War in Season 4, Raven once again continued the trend of making a Gulag based on the returning map of the Season. The fighting took place around the area of the map where the B flag is in Domination, though players could use several vantage points that feature in the actual Hijacked. While the concept of the Gulag made it impossible to fully capture the cruise ship aesthetic, it did play well. Still, Standoff and Nuketown were both more popular, as there were several spots that favored head glitching in the Hijacked variant of the Gulag.

The final “new” Gulag came during Season 5, and it saw players fighting in a variant of the paintball arena Rush. The original Call of Duty map debuted in Black Ops 2, and like the other map-specific Gulags, it also came to Black Ops Cold War. The map was criticized for having far too much cover, though, as the Rush Gulag was more about surprising an opponent than being more skilled at the game. As such, many will likely be happy to see it go once Season 6 officially begins.

It will be interesting to see how Raven handles the Gulag once the Pacific Island map debuts. With locations like Castle and Dome confirmed to return in Call of Duty: Vanguard, and Shipment also rumored, there will be some iconic World War 2-themed maps to adapt. Still, many would likely be just as happy to play on an original map as opposed to a slimmed-down recreation of an older one. For now, only time will tell how the Gulag continues to evolve going forward. Thus far, though, it has undergone a number of memorable redesigns.

MORE: Call of Duty: Warzone – Everything Coming in the Season 6 Update