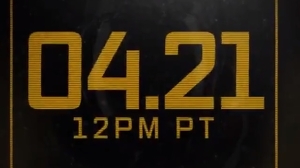 A tweet from the official Call of Duty account revealed the time and date, alongside the phrase “The end is near…”

So, what’s happening? Activision’s plan for Verdansk was set in motion by the arrival of zombies on the map as part of season two. Each week, the zombies have spread to new areas. As we reach the climax of the season, this “containment protocol” will fail, and the powers that be will nuke the map. It’s the only way to be sure, after all.